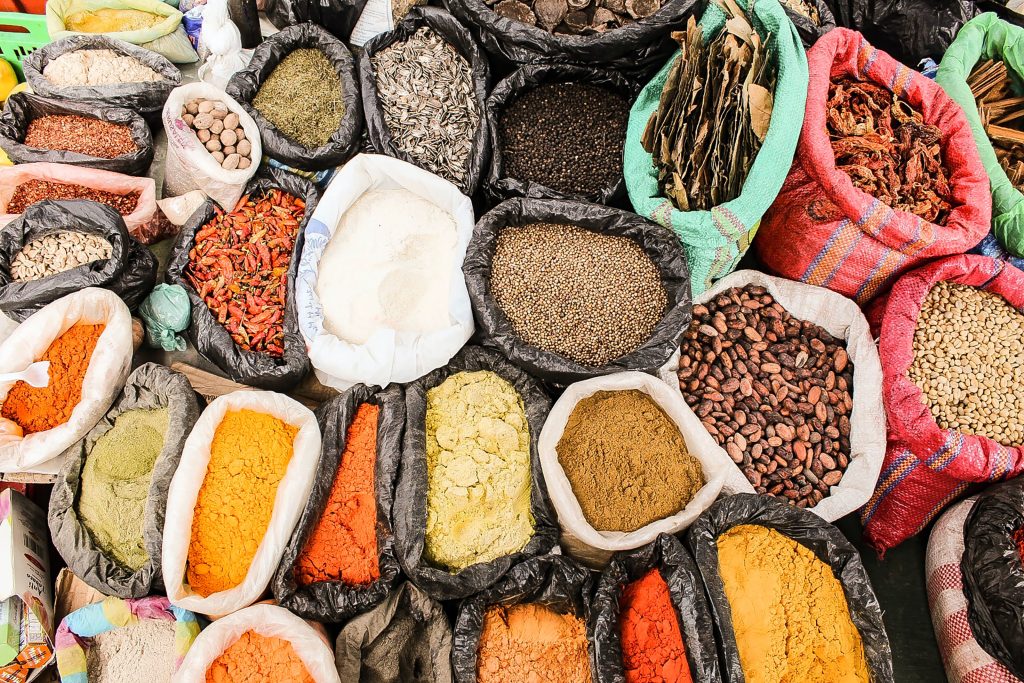 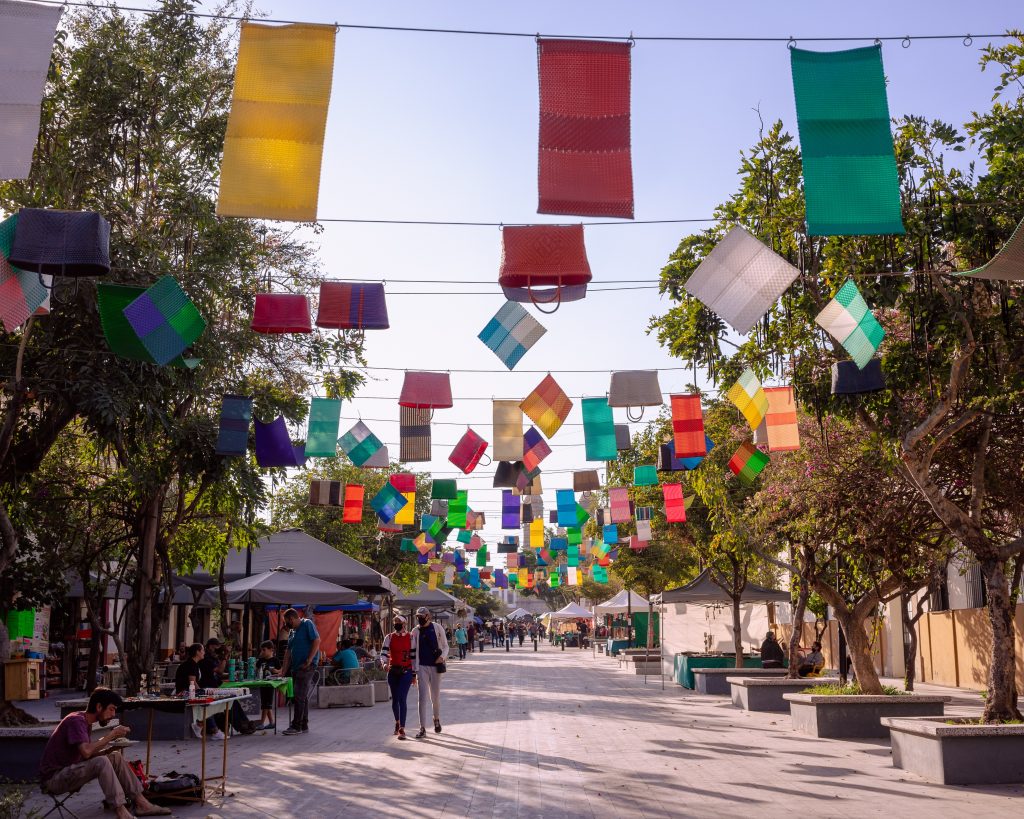 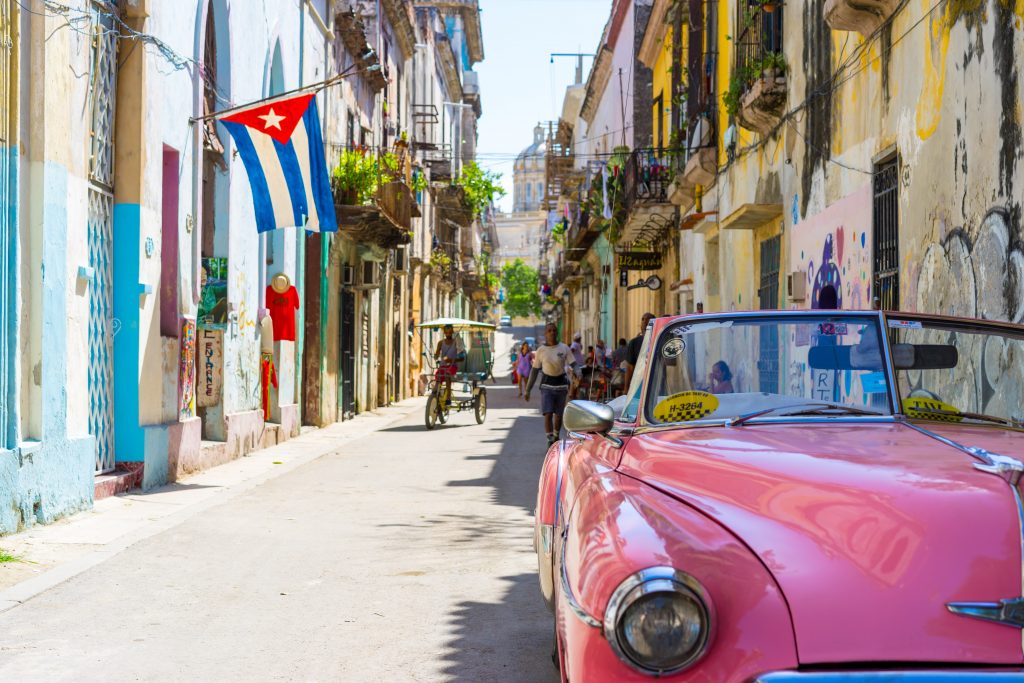 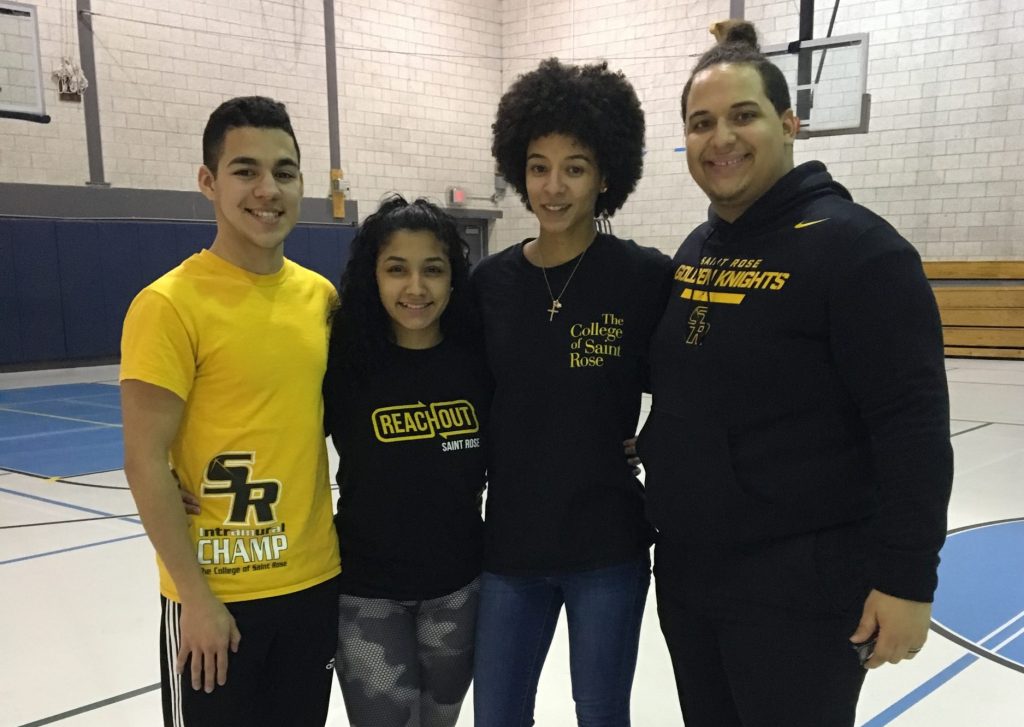 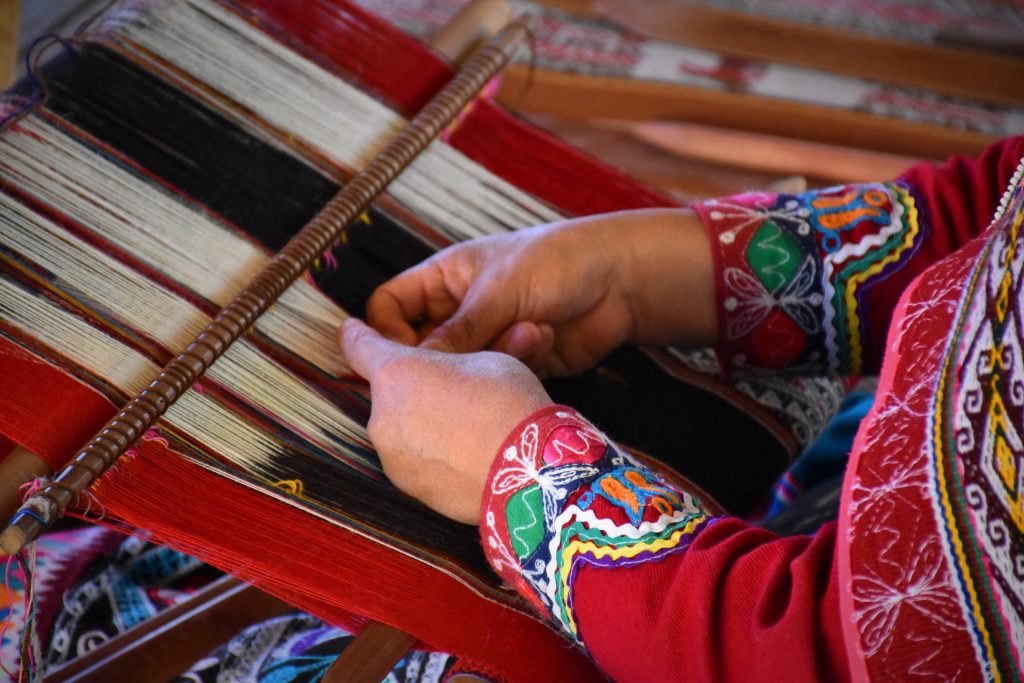 Photo by Jean Vella on Unsplash 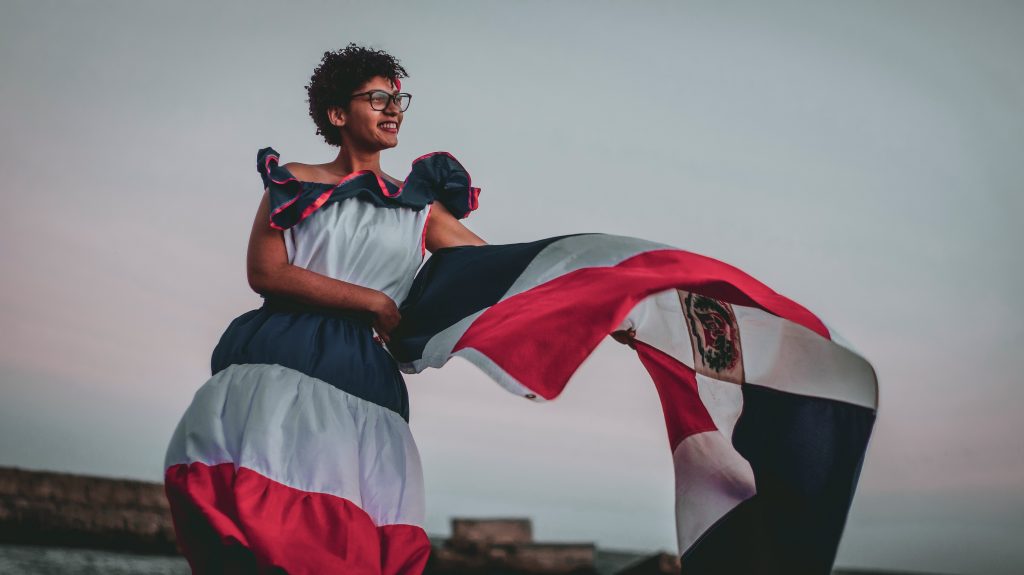 In 1991, President George H.W. Bush nominated her to the U.S. District Court, Southern District of New York, and she served in that role from 1992–1998. She served as a judge on the United States Court of Appeals for the Second Circuit from 1998–2009. President Barack Obama nominated her as an Associate Justice of the Supreme Court on May 26, 2009, and she assumed this role August 8, 2009.

Congresswoman Alexandria Ocasio-Cortez is a third-generation Bronxite, educator, and organizer serving the 14th district of New York in the Bronx and Queens. Ocasio-Cortez grew up experiencing the reality of New York’s rising income inequality, inspiring her to organize her community and run for office on a progressive platform with a campaign that rejects corporate PAC funds. Throughout her childhood, Representative Ocasio-Cortez split her time between the Bronx and Yorktown. While visiting her extended family in the Bronx, she saw a stark contrast in opportunities based on their respective zip codes. After high school, Alexandria attended Boston University and graduated with degrees in Economics and International Relations. During this period she also had the opportunity to work in the office of the late Senator Ted Kennedy. Her role in Senator Kennedy’s office provided a firsthand view of the heartbreak families endured after being separated by ICE. These experiences led the Congresswoman to organize Latinx youth in the Bronx and across the United States, eventually, she began work as an Educational Director with the National Hispanic Institute, a role in which she helped Americans, DREAMers and undocumented youth in community leadership and college readiness.

Following the financial crisis of 2008, tragedy struck when her father, Sergio Ocasio-Roman, passed away, forcing her family to sell their Westchester home. Alexandria pulled extra shifts to work as a waitress and bartender to support her family during this time, deepening her commitment to issues impacting working-class people. During the 2016 presidential election, she worked as a volunteer organizer for Bernie Sanders in the South Bronx, expanding her skills in electoral organizing and activism that has taken her across the country and to Standing Rock, South Dakota to stand with indigenous communities, then back to New York’s 14th Congressional District to launch her people-funded, grassroots campaign for Congress. Since her swearing-in to Congress in January of 2019, Congresswoman Ocasio-Cortez has remained committed to serving working-class people over corporate interests and advocating for social, racial, economic, and environmental justice. 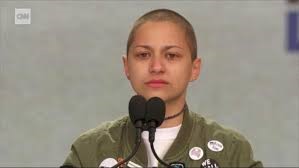 X González (born Emma González; November 11, 1999) is an American activist and advocate for gun control. As a high school senior they survived the February 2018 Stoneman Douglas High School shooting in Parkland, Florida,  and in response co-founded the gun-control advocacy group Never Again MSD. González gave a viral speech against gun violence, proclaiming “We call B.S.” on the lack of action by politicians funded by the NRA. Subsequently, González continued to be an outspoken activist on gun control, making high-profile media appearances and helping organize the March for Our Lives.

Speaking at the demonstration, González led a moment of silence for the victims of the massacre; they stood on stage for six minutes, which they observed was the length of the shooting spree itself. González was included in Time magazine’s 100 Most Influential People of 2018.

José Andrés Named one of Time Magazine’s “100 Most Influential People” in both 2012 and 2018, and awarded “Outstanding Chef” and “Humanitarian of the Year” by the James Beard Foundation, José Andrés is an internationally-recognized culinary innovator, New York Times bestselling author, educator, television personality, humanitarian, and chef/owner of ThinkFoodGroup.

A pioneer of Spanish tapas in the United States, he is also known for his groundbreaking avant-garde cuisine and his award-winning group of more than 30 restaurants located throughout the country and beyond, ranging in a variety of culinary experiences from a food truck to his multi-location vegetable-focused fast casual Beefsteak, to world-class tasting menus like minibar by José Andrés and Somni, both of which have received two Michelin stars. As a naturalized citizen originally from Spain, Andrés has been a tireless advocate for immigration reform. In 2010, Andrés formed World Central Kitchen, a non-profit that provides smart solutions to end hunger and poverty by using the power of food to empower communities and strengthen economies. Notably, his team served over 3.6 million meals to the people of Puerto Rico following Hurricane Maria. Andrés’ work has earned awards and distinctions including the 2017 Lifetime Achievement Award from the International Association of Culinary Professionals and the 2015 National Humanities Medal, one of twelve distinguished recipients of the award from the National Endowment for the Humanities. Andrés was also named EY Master Entrepreneur of the Year in Greater Washington for his leadership and impact on the global business community and was awarded the Congressional Hispanic Caucus Institute’s Chair’s Medallion Award.

Sylvia Rivera was a Latina-American drag queen who became one of the most radical gay and transgender activists of the 1960s and 70s. As co-founder of the Gay Liberation Front, Rivera was known for participating in the Stonewall Riots of 1969 and establishing the political organization STAR (Street Transvestite Action Revolutionaries) with fellow friend and drag queen, Marsha P. Johnson.

In honor of Rivera’s activism in the gay and trans community, The Sylvia Rivera Law Project (SRLP) was founded in 2002 — the same year of her death. As a legal aid organization, SRLP “works to guarantee all people are free to self-determine gender identity and expression, regardless of income and race, and without facing harassment, discrimination or violence” by giving gay, trans and gender-fluid individuals access to legal services, as well as teaching leadership and advocacy skills.

With the surge of the Civil Rights Movement, the Women’s Rights Movement and the Vietnam War protests of the 1960s, Rivera’s activism began to take shape. In 1969, at age 17, she took part in the famous Stonewall Riots by allegedly throwing the second molotov cocktail in protest to a police raid of the gay bar the Stonewall Inn in Manhattan. The event was one of the major catalysts of the gay liberation movement and to further push the agenda forward, Rivera co-founded the group, the Gay Liberation Front. 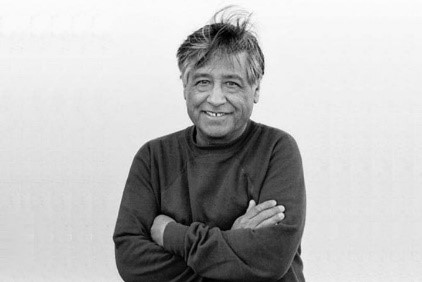 Cesar Chavez A true American hero, Cesar Chavez was a civil rights, Latino and farm labor leader; a genuinely religious and spiritual figure; a community organizer and social entrepreneur; a champion of militant nonviolent social change; and a crusader for the environment and consumer rights.

A first-generation American, he was born on March 31, 1927 near his family’s small homestead outside Yuma, Arizona. At age 11, his family lost their farm during the Great Depression and became migrant farm workers. Cesar finished his formal education after the eighth grade and worked the fields full-time to help support his family. Throughout his youth and into adulthood, Cesar traveled the migrant streams throughout California laboring in the fields, orchards and vineyards where he was exposed to the hardships and injustices of farm worker life.

Cesar joined the U.S. Navy in 1946 in the aftermath of World War II and served in the Western Pacific. He returned from the service in 1948 to marry Helen Fabela, whom he met while working in fields.

Cesar’s career in community organizing began in 1952 when he was recruited and trained by Fred Ross, a legendary community organizer who was forming the San Jose chapter of the Community Service Organization, the most prominent Latino civil rights group of its time. Cesar spent 10 years with the CSO, coordinating voter registration and get-out-the-vote drives, leading campaigns against racial and economic discrimination and organizing new CSO chapters across California.

Activist and labor leader Dolores Huerta has worked to improve social and economic conditions for farm workers and to fight discrimination. To further her cause, she created the Agricultural Workers Association (AWA) in 1960 and co-founded what would become the United Farm Workers (UFW). Huerta stepped down from the UFW in 1999, but she continues her efforts to improve the lives of workers, immigrants and women.

Huerta has been honored for her work as a fierce advocate for farm workers, immigration and women. She received the Ellis Island Medal of Freedom Award and was inducted in the National Women’s Hall of Fame in 1993. That year proved bittersweet for her as she also experienced the passing of her beloved friend Cesar Chavez.

In 1998, she received the Eleanor Roosevelt Award, a year before she stepped down from her position at the United Farm Workers. In 2002, she received the Puffin/Nation Prize for Creative Citizenship. The $100,000 award provided her the means to create the Dolores Huerta Foundation, whose purpose is to bring organizing and training skills to low-income communities.

At the 2018 Academy Awards, Huerta walked the red carpet alongside many A-list celebrities, before taking the stage with nine other activists during a performance of Common and Andra Day’s Oscar-nominated song “Stand up for Something.”

Huerta continues to lecture and speak out on a variety of social issues involving immigration, income inequality and the rights of women and Latinos.

Gabriel García Márquez, (born March 6, 1927, Aracataca, Colombia—died April 17, 2014, Mexico City, Mexico), Colombian novelist and one of the greatest writers of the 20th century, who was awarded the Nobel Prize for Literature in 1982, mostly for his masterpiece Cien años de soledad (1967; One Hundred Years of Solitude). He was the fourth Latin American to be so honored, having been preceded by Chilean poets Gabriela Mistral in 1945 and Pablo Neruda in 1971 and by Guatemalan novelist Miguel Ángel Asturias in 1967. With Jorge Luis Borges, García Márquez is the best-known Latin American writer in history. In addition to his masterly approach to the novel, he was a superb crafter of short stories and an accomplished journalist. In both his shorter and longer fictions, García Márquez achieved the rare feat of being accessible to the common reader while satisfying the most demanding of sophisticated critics.

Raffi Freedman-Gurspan serves as a Senior Associate Director for Public Engagement and the White House’s primary liaison to the lesbian, gay, bisexual, and transgender (LGBT) community. She is also an Outreach and Recruitment Director in the Presidential Personnel Office. She is the first appointee in the Obama White House who is openly transgender.

Raffi previously worked at the National Center for Transgender Equality as Policy Advisor for the Racial and Economic Justice Initiative. Prior to moving to Washington, DC, Raffi was a Legislative Director in the Massachusetts House of Representatives, LGBT Liaison for the City of Somerville, Massachusetts and worked with the Massachusetts Transgender Political Coalition. She also assisted in course and research work at Boston University’s Women’s, Gender & Sexuality Studies Program.

A graduate of St. Olaf College in Minnesota, Raffi was adopted from Honduras and grew up in Brookline, Massachusetts.

Arturo Alfonso Schomburg, writer, activist, collector, and important figure of the Harlem Renaissance was born in Saturce, Puerto Rico. His mother, a black woman, was originally from St. Croix, Danish Virgin Islands (now the U.S. Virgin Islands), and his father was a Puerto Rican of German ancestry. Schomburg migrated to New York City, New York in 1891. Very active in the liberation movements of Puerto Rico and Cuba, he founded Las dos Antillas, a cultural and political group that worked for the islands’ independence. After the collapse of the Cuban revolutionary struggle, and the cession of Puerto-Rico to the U.S., Schomburg, disillusioned, turned his attention to the African American community. In 1911, as its Master, he renamed El Sol de Cuba #38, a lodge of Cuban and Puerto Rican immigrants, as Prince Hall Lodge in honor of the first black freemason in the country. The same year, he also founded the Negro Society for Historical Research. In 1922 he was elected president of the American Negro Academy.

Schomburg was an avid collector of materials on Africa and its Diaspora, amassing over 10,000 documents. In 1926 his personal collection was added to the Division of Negro Literature, History and Prints of the Harlem branch of The New York Public Library and he served as curator from 1932 until his death. Today, the Schomburg Center for Research in Black Culture of The New York Public Library is one of the foremost research centers on Africa and the Diaspora, with more than 10 million items.