Make the Most of Your Military Benefits.

Knowledge is on your side.

The College of Saint Rose assists students in utilizing the veteran benefits available to them, including but not limited to Vocational Rehab (Chapter 31), Montgomery GI Bill® (Chapter 30), Reserve GI Bill® (Chapter 1606), and NYS Veterans’ Tuition A

Resources Built for You.

Support designed with you in mind.

The pressures you face balancing your service, relationships, work, and school obligations are a serious challenge. It is our goal to provide the support and resources that can help you manage your responsibilities and well-being.

Learn About Our Services

This is the place to be.

From our dedicated Veteran Center to the Saint Rose Chapter of Student Veterans of America — we’re committed to helping you develop your unique skills, experiences, and perspectives into an education and career you will be proud of.

Take a Look Inside

Our alumni are going places.

Take a look at our Saint Rose veteran alumni, who have forged their own paths to not only reach, but surpass the goals they've set, and continue to make us proud. See examples of real career success from the FBI, STEM research, to graphic design.

Check Out Our Vet's Stories 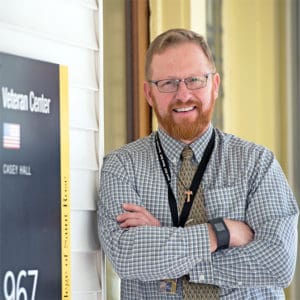 Meet the Director of Our Veteran Center

Leadership that understands because they’ve been there.

Only a veteran can understand the issues, challenges, and experiences of other veterans. Which is why we’re proud to have Martin Dinan as our Director of Veteran Enrollment, a combat veteran of the U.S. Army. In addition to helping veterans when they come to Saint Rose as students, our Veteran Enrollment staff helps prospective students through the admissions process, advocating for them when necessary. 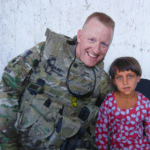 Not only does Marty love the veterans who come to Saint Rose as part of their shift into civilian life, he understands them. He’s a veteran of three wars, deployed to the Persian Gulf in 1991 with later deployments to Iraq and Afghanistan. He was promoted to Colonel in the New York Army National Guard in 2013. He spent 19 years as a police officer, all while serving as a commissioned officer in various command and staff positions. He’s served in the active Army, the Reserves and the National Guard. 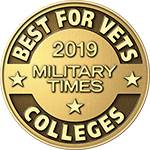 GI Bill® is a registered trademark of the U.S. Department of Veterans Affairs (VA). More information about education benefits offered by VA is available at the official U.S. government Web site at www.benefits.va.gov/gibill.