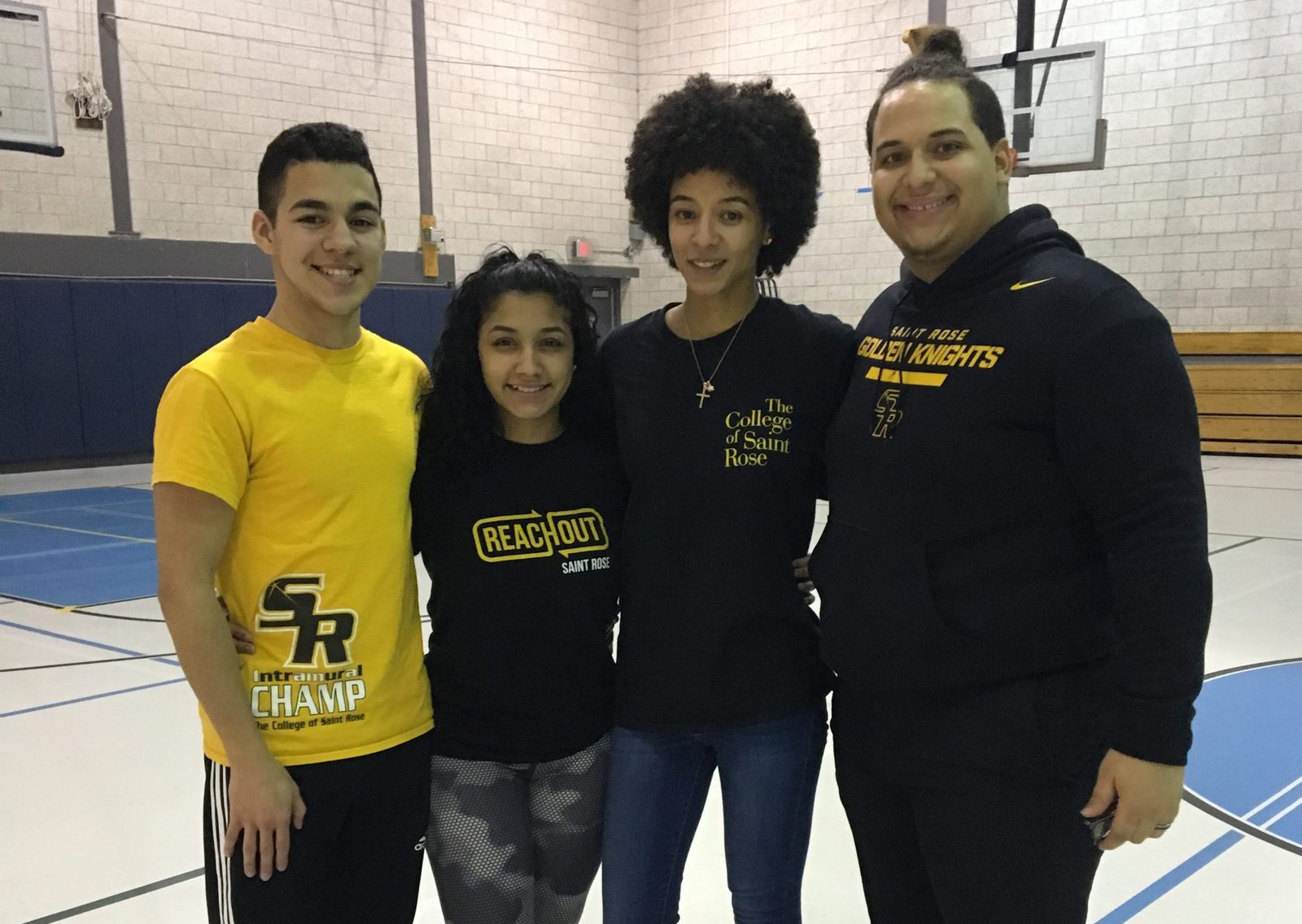 The formation of Sabor Latino happened by chance. If Keneth Ribot ‘18, G’20 didn’t run into Michael Lopez ‘18 on the dance floor of a campus event called Orgullo Latino — which celebrates Hispanic culture — then Sabor Latino might not have come to be. But they did, and it has, and Saint Rose is richer for it.

Sabor Latino was the first Latino organization and one of the largest dance teams on campus, which was founded in 2017.

Along with Ribot and Lopez, Elenie Martinez ‘18 and Yara Rivera ‘18 are the founders. They formed this club to connect with their culture, bring a piece of their home to Saint Rose, and share traditional Latin dances with a new community.

“To make our home complete, we need it,” said Martinez in a 2018 interview. “Not a lot of people talk Spanish. So, when we’re in the group, everyone speaks Spanish. We feel at home because that’s what we do at home. And we didn’t have that place, and now we do.”

So, the founders had a lot to bond over, including their love of traditional Latin dances, such as the Salsa, Merengue, and the Bachata. These dances were passed down to them from their relatives — grandparents, aunts and uncles, moms and dads, and cousins — and picked up from their time spent visiting Puerto Rico and the Dominican Republic.

Dance was how they celebrated their culture.

“It is something that represents us,” Ribot said.

The two couples would often meet to discuss what a Latin dance club would look like at Saint Rose, but it wasn’t until their junior year did Sabor Latino become official.

When the club started, they incorporated the dances of their tradition: the Merengue and the Bachata, derived from the Dominican Republic, and the Salsa, which originated in Puerto Rico. The founders made it so anyone could join Sabor, but they had to audition. They performed for the Saint Rose campus community and for the greater Capital Region community.

When Hurricane Maria devastated Puerto Rico in 2017, Sabor Latino collaborated with other clubs on campus — the ALANA Steppers, Golden Knights Dance Team, The Girls Next Door, and the Rose Bud Record Label — to raise money for those affected by the natural disaster.

By the time Sabor was in its second year, the founders were getting ready to graduate. When they left, they hoped Sabor Latino would expand the range of dances performed, such as the Flamingo, Tango, and maybe even hip-hop. But also, keep the traditional dances alive.

“We told them that next year you have the dance floor. Bring something new,” Ribot said.