Shawn Sutton, a Marine corporal twice deployed to Afghanistan, became a student leader and voice for veterans at Saint Rose. A connection with another Marine, who is a Saint Rose alumnus, led to an internship, which led to a job. Now, he has his B.S. in Biology and is a Research Technician at the Neural Stem Cell Institute.

Shawn Sutton, a Marine veteran and Saint Rose biology major, once gently told a group of faculty members that students who have served in the military do not like being viewed as victims. Offering them “accommodations,” he said, can sound like special treatment, while providing ways to help them “adapt” does not.

“They are not used to asking for help. They put the needs of the group first, so it’s really important how you say things if you want them to speak up,” Sutton said, summarizing his presentation at Provisions, the College’s monthly faculty development series. 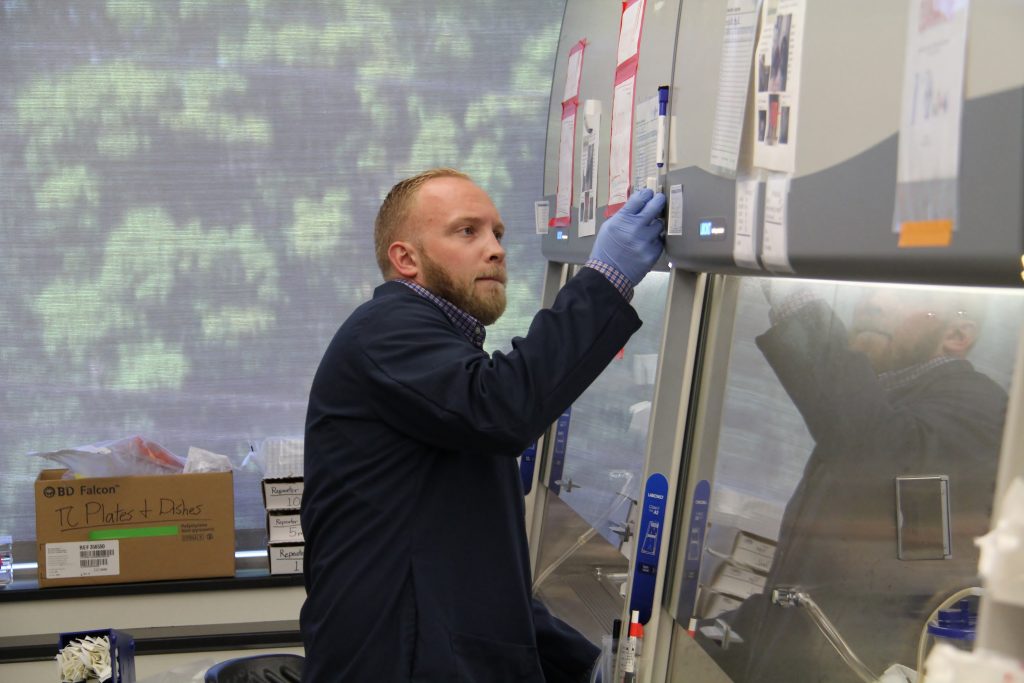 An energetic student with a bushy beard and amiable manner, Sutton will soon graduate from Saint Rose with a bachelor’s degree in biology and an interest in researching neuro-degenerative diseases such as Alzheimer’s, Parkinson’s and Huntington’s. But he also carved out a distinctive and visible identity as a leader of his fellow student veterans.

“I’ve tried to alleviate the separation between those of us who have been in the service and students who came straight to college,” said Sutton, 27, a Marine corporal twice deployed to Afghanistan’s Helmand province. “I understand that there will always be a ‘disconnect.’ But I hope I’ve helped break down the barriers somewhat by getting us to talk to each other.”

In television and newspaper interviews, Sutton touted the College’s growing list of benefits for veterans. He and other Saint Rose student veterans visited patients at Albany’s V.A. hospital. On a public affairs broadcast of the New York State Legislature, he talked about the College’s Battle Buddy program, which pairs up soldiers to support each other. And, as president of the Saint Rose chapter of the Student Veterans of America, Sutton addressed College leaders and elected representatives during Veteran’s Day ceremonies and when the Veteran Center opened its doors. 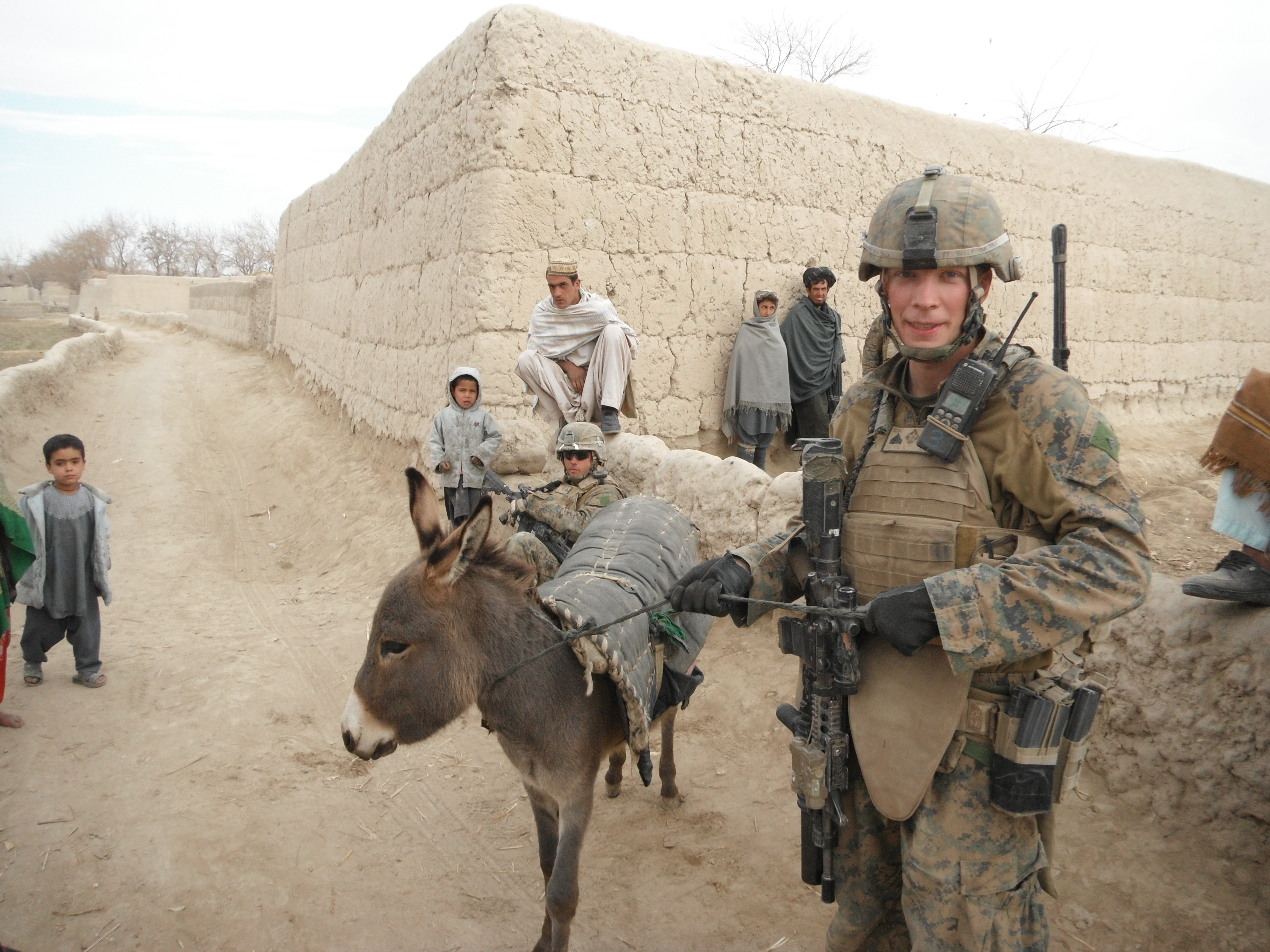 He also worked behind the scenes to develop these programs. In fact, even before attending Saint Rose, he became involved in the effort to build a Veteran Center, once he knew he would transfer here from Hudson Valley Community College.

As Sutton prepares to graduate, he is the first to admit that he has benefited from the College’s expanded commitment to students who served in the military.

“I don’t think I would have been as successful if some of the programs hadn’t been here, especially the Veteran Center,” said Sutton, who said he enjoyed broad support from professors and administrators. “I am very grateful for Saint Rose’s continuous efforts to reach a benchmark standard for what a military-friendly school should be.”

It was fitting, then, that Sutton has gained from the network of student veterans that has grown up alongside the programs and services. Through this network, he met William Price ’13, G’14, a fellow Marine and the chief operating officer of StemCultures LLC, a biotech firm in Rensselaer.

While socializing at a campus event last year, Sutton told Price he was looking for a science internship. Price immediately arranged for him to take part in a summer internship in the labs at StemCultures and the affiliated Neural Stem Cell Institute. Led by renowned stem cell scientist Dr. Sally Temple, these organizations advance methods and technology to help researchers worldwide fight a long list of diseases.

Sutton had grown increasingly interested in diseases in his Saint Rose biology classes, particularly genetics and pathogenic microbiology. At first, however, juggling a part-time internship and full course load was daunting.

“I was super nervous going in and didn’t have a clue how to work in a research lab,” he recalls “Anytime they asked me if I wanted to do something or learn something, I said ‘Yes.’ But in the back of my mind I’m thinking ‘Man, I hope I don’t screw this up.’ I said yes enough that they eventually asked if I was interested in working there.”

The internship turned into a part-time job after just a month. After graduation, Sutton will continue at the Neural Stem Cell Institute as a full-time research technician. He looks forward to contributing to cutting-edge science and sees a common thread between researching diseases and representing his country as Marine: both constitute service.

As he looks back at his rich and varied experience at Saint Rose, Sutton has noticed something he did not realize. “At first I identified as a Marine who happened to go to school,” he noted. “But ever since my second semester, I’ve seen myself as a college student and, now, as a graduate who came from the Marines.”

Read more about the biology degree at Saint Rose.