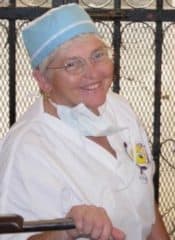 A lifelong desire to solve problems has become a reality as Dr. Patricia Fox has traveled the world offering relief to children born with a cleft palate but no access to treatment. She credits Saint Rose with helping to foster that strong moral compass.

To folks who require a tummy tuck or breast reconstruction, Dr. Patricia Fox is a gifted, trusted artist. To retirees who discover a deadly melanoma, she is a savior. To the impoverished parents of a child born with a cleft palate, she is a miracle worker.

Her title is co-director of the Ellis Medicine Cleft Palate Clinic, and she is a plastic surgeon whose healing arts have helped countless people on three continents (so far). 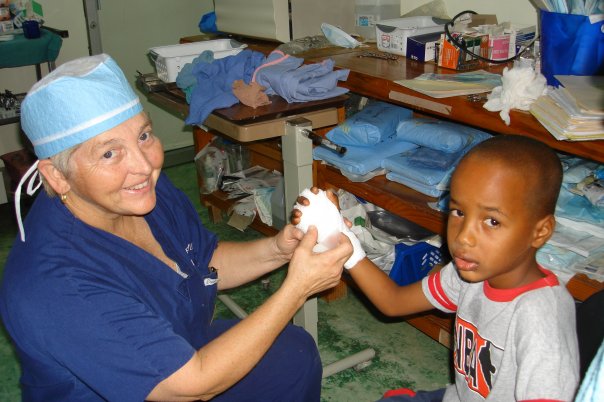 An early fascination with medicine

For as long as she can remember, Fox ‘68 wanted to be a doctor. “When I was a child, we’d drive past the hospital, and I always had this wonderment of what was going on behind the windows,” says Fox, who grew up in Connecticut. At the age of 5, when she had to visit the ER to remove a piece of glass from her hand, she recalls: “Watching them sew it up, I was fascinated.”

She was the first college student in her family. Life circumstances had ended her parents’ chances of going to college: Although awarded a Yale scholarship, her father lost any hope of college when his father’s union went on strike. Fox’s mother, although valedictorian of her class, had to go to work when her father died right before her high school graduation.

Lacking personal experience with higher education, Fox’s parents were anxious about having money for college, and limited her options to schools in the Capital Region, where the family was living. After ruling out the various colleges that were financially out of bounds, or that served only teachers, engineers, or men, Fox found herself at Saint Rose. Her two younger brothers ended up at Cornell.

Although frustrated at her lack of an Ivy-League pedigree (a snob factor she’s faced often), Fox says her Saint Rose education was just as good as what her brothers received her – and better. “I had direct access to my professors, small classes, and a real Renaissance education,” she says. She bonded with many friends whom she’s kept for life, including her talented debate-club partner, The Hon. Loretta Preska ’70, a United States District Court Judge. 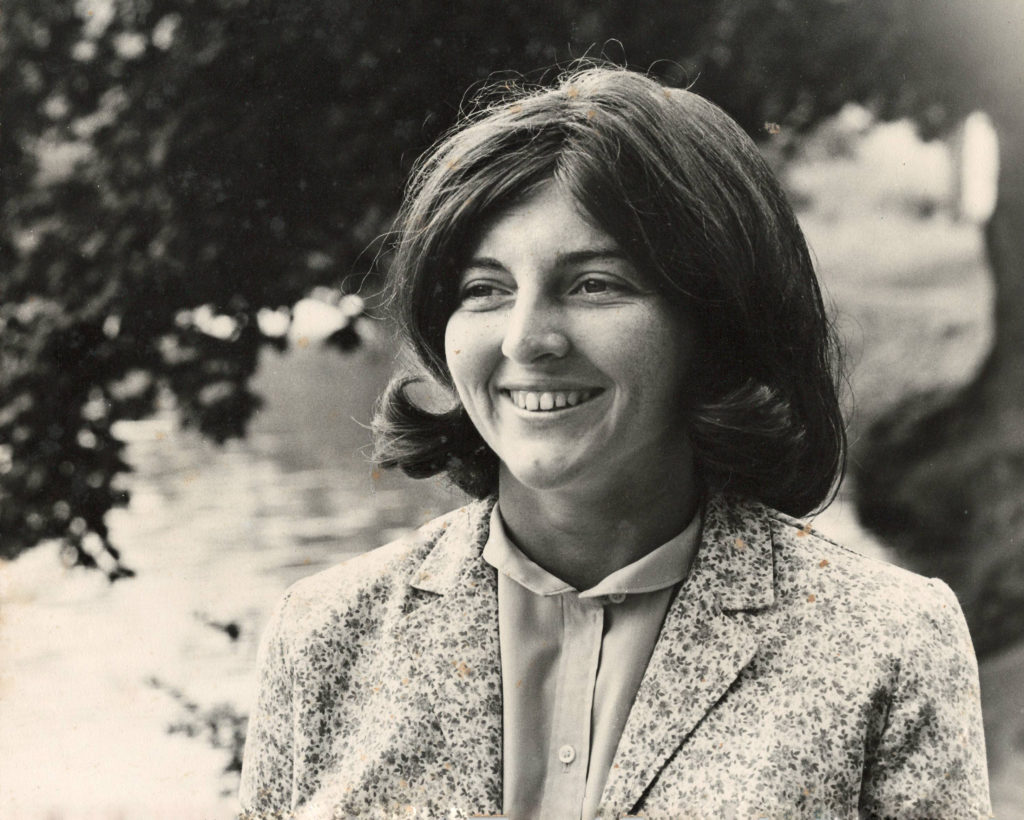 The allure of solving problems

Fox took as many as 28 credit hours per semester. “I had to get permission, but Sister Mary Frances, the dean of students, let me take the hours I wanted without extra charge,” she says. When she wasn’t in class, she was working – first at Central Market supermarket, and later conducting EKGs at Albany Medical Center until 11 at night.

Even so, she took enough biology to graduate only two credit hours shy of a biology degree. She earned her M.D. at SUNY Downstate College of Medicine, then spent four years performing general surgery and two years doing plastic surgery at Georgetown University.

“At the time, general surgery lacked an artistic sense,” she explains. “Taking out a gall bladder is taking out a gall bladder. By the time you’ve finished as a chief, you’ve taken out 500 gall bladders. But if you’re taking a skin cancer off someone’s nose, you have to figure out the best way to close it. Plastic surgery allowed us to learn principles and ideas, and solve every problem that came in through the door.”

In 1995, she and longtime friend and office manager Mary Jane “Mimi” Ramroth Heffernen found a new outlet for their skills. They joined a group of Ohio healthcare volunteers heading to the Dominican Republic, near the Haitian border, to operate on children with cleft palates.

“We ended up going there for the next 18 years,” says Fox. The delegation grew to include workers from what was then St. Clare’s Hospital in Schenectady, New York, expanding from a few volunteers to a group of nearly 30.

“We made a pretty good dent in the number of children there who needed clefts repaired, so we looked for other opportunities,” says Fox, whose group set up the nonprofit Surgeons for Underserved Nations. “We went to China in 2005 and did 67 clefts there, and after that, we did five or six years of surgery in Mexico. The last trip I did was to Cameroon, where we did more wound care than surgeries.”

Fox is a big believer in kismet, which brought her Mimi and later introduced her to Yannick Kabuguza, a Rwandan national who was maimed at the age of 4 when Hutu extremists invaded his home and killed his family in 1994. A U.S. nonprofit group put him in touch with Fox, who in the summer of 2018, performed an operation to repair the nearly quarter-century-old machete damage on Kabuguza’s cheek, ear, and scalp.

“Saint Rose encouraged us to be caring and thoughtful human beings,” says Fox, who in 2016 donated 70 acres to the Mohawk-Hudson Land Conservancy. “It has a moral compass that helps you stay on the track of doing what’s right.

“You take the God-given skills that you have, and the opportunities that come your way, and you try to share them and give back in the way you can,” she adds. “If you work for the CDC, for instance, you may never treat a patient directly, but your policies and decisions may affect large populations of people although you never get to put a face on them. For me, I get to put a face on everyone, in more ways than one.”