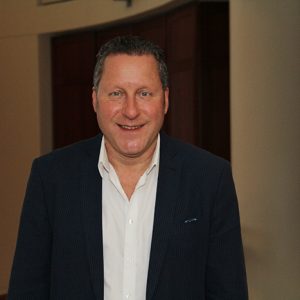 Dr. Michael Bologna began his career at the College of Saint Rose in 1994 as the Internship Coordinator for the undergraduate program in Social Welfare. Dr. Bologna joined the faculty in the Counseling Program in the Fall of 2001 and served as Chairperson from 2004 – 2009.

He continues to work in the field as a social worker, clinician, and administrative consultant to several mental health agencies. His past clinical experience includes work with the developmentally delayed, children, families in crisis, adults with mental health issues, the incarcerated, and persons with HIV/AIDS.

As a professor, he is known for his exceptional teaching in mental health counseling, especially his research methods course.

Thoughts on the Counseling Program at Saint Rose
The program has a strong commitment to experiential learning through the integration of coursework and internship. Issues of class, race, ethnicity, gender, and sexual orientation are woven throughout the coursework. Faculty are committed to developing students as individuals, learners, and professionals.

Fellowships/ Awards:
Charles Mosse Foundation Research Fellow ( 2010): Fellowship awarded by the University of Amsterdam, Netherlands to provide a series of lectures on the problem of relationship abuse among same-gendered couples in the United States. Also to advise the national public health agency (GGD) in the Netherlands regarding effective methods to study this problem in the Netherlands

Learn More About Earning Your Masters In Counseling