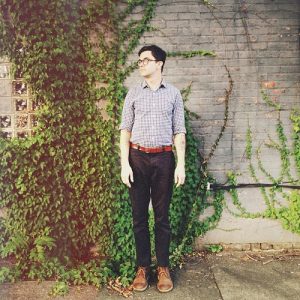 Philip Pascuzzo, the designer and illustrator whom the College’s Pine Hills blog called perhaps “the most inconspicuous bigwig in Albany,” keeps a low profile and a large foothold in the design world.

Working out of the home in Albany he shares with his wife, photographer Laura Harris, Pascuzzo is the book jacket designer of choice for famous authors and major publishers. He has created more than 1,000 covers, including some for books that have landed on The New York Times Best Seller List. Pascuzzo has conceived and created covers for the likes of Janet Evanovich, Jenny Lawson and Mario Vargas Llosa and maintains a client list that includes Random House and Picador Books. He has won the Washington Book Publishers’ Design Award, is a four-time New York Book Show award winner and has been featured in Graphis and Print Magazine.

But regardless of what else he does, Pascuzzo is most known as the Twitter guy.

In 2009, Pascuzzo created the ubiquitous Twitter bird after Twitter co-founder Biz Stone asked him to redesign the logo. First, Pascuzzo came up with a cartoonish, bespectacled bird. Later, as Twitter took off, Pascuzzo streamlined the bird into the blue silhouette recognized globally.

“I’m proud to be a part of such a highly visible mark, and something that is so widely known in our culture,” he said.

Pascuzzo got his start at Saint Rose, where the graphic design professors motivated him and helped him get an internship at St. Martin’s Press, where he went on to work for four years. It was at Saint Martin’s that Pascuzzo met his friend and Twitter co-founder Stone.

“I wouldn’t have gone into book jacket design without Saint Rose,” the designer explained. “They placed me in an internship and it felt like a perfect fit. Before that, I didn’t know it was a job and I didn’t know what kind of design I wanted to do.”

Read more about the graphic design degree at Saint Rose.