Maybe it's a twin thing, but Neenah Bland and her twin Nerissa (Bland) Roberts both ended up at Saint Rose seeking graduate degrees. Today, they do fulfilling work together at Albany Community Action Partnership.

Neenah Bland G’04 spends her day making life better for other people. She is Executive Director of the Albany Community Action Partnership (ACAP), a not-for-profit organization that provides diverse community services, from career assistance to early-childhood education, to help Albany’s underserved families become financially self-sufficient and improve their lives.
Shortly after taking on ACAP leadership about five years ago (she joined ACAP as director of career services in 2004), Bland began widening the organization’s scope: Rather than focusing on individuals in need, she wanted to serve entire families.

“One of my visions (for ACAP) is to become a full-service, multifaceted organization that focuses on several generations within the family structure, and to work within that family system, to help the family actually move forward toward self-sufficiency instead of just receiving a service.”

Bland knows firsthand how powerful a family can be. For the 14 years that she’s been at ACAP, her best friend and closest family member has been by her side: her identical-twin sister, Nerissa (Bland) Roberts G’04, who like Bland earned a MS Ed. at Saint Rose in School Counseling. As the assistant director of Early Childhood Education at ACAP, Roberts has no reservations about supporting her elder (by minutes) sibling. “I respect her position, believe in her vision, and want to do whatever I need to do to make her be successful,” she says.

The Mystic Bond of Twins

Bland and Roberts, who were born in Arbor Hill and graduated together from Albany High, went their separate ways for undergraduate study. Bland, who already was caring for two young children, enrolled at the University at Albany; Roberts went away to Binghamton University. Both had excelled in math and accounting, and chose accounting as their major.
The twins met up for school breaks and family events, and talked about everything – but never mentioned that each had changed her major to sociology. Bland remembers losing interest in accounting in her sophomore year and wanting to help people, especially those who faced barriers like living in low-income neighborhoods. “I decided to get my bachelors in sociology, with a minor in African studies,” she says.

Roberts has a similar story: “After Accounting 3, I realized I was bored to death,” she says. “I liked the concept of working with people. Working with people, I felt I could make a difference. So, I changed my major to sociology around the end of my sophomore year.

“In casual conversation, I said, ‘You know, Neenah, I’m not taking accounting anymore,’” says Roberts. “She’s like, ‘Me, neither!’”

The twins (who have three younger sisters) share a deep bond that seems to transcend time and space. Roberts points out that they often make coincidental choices, such as unknowingly buying identical outfits while living in different states. “I came to visit Neenah from Virginia, where I had been living, and I thought she had my clothes hanging in her closet,” she says. “I said, ‘You were in my suitcase already? I just got here!” 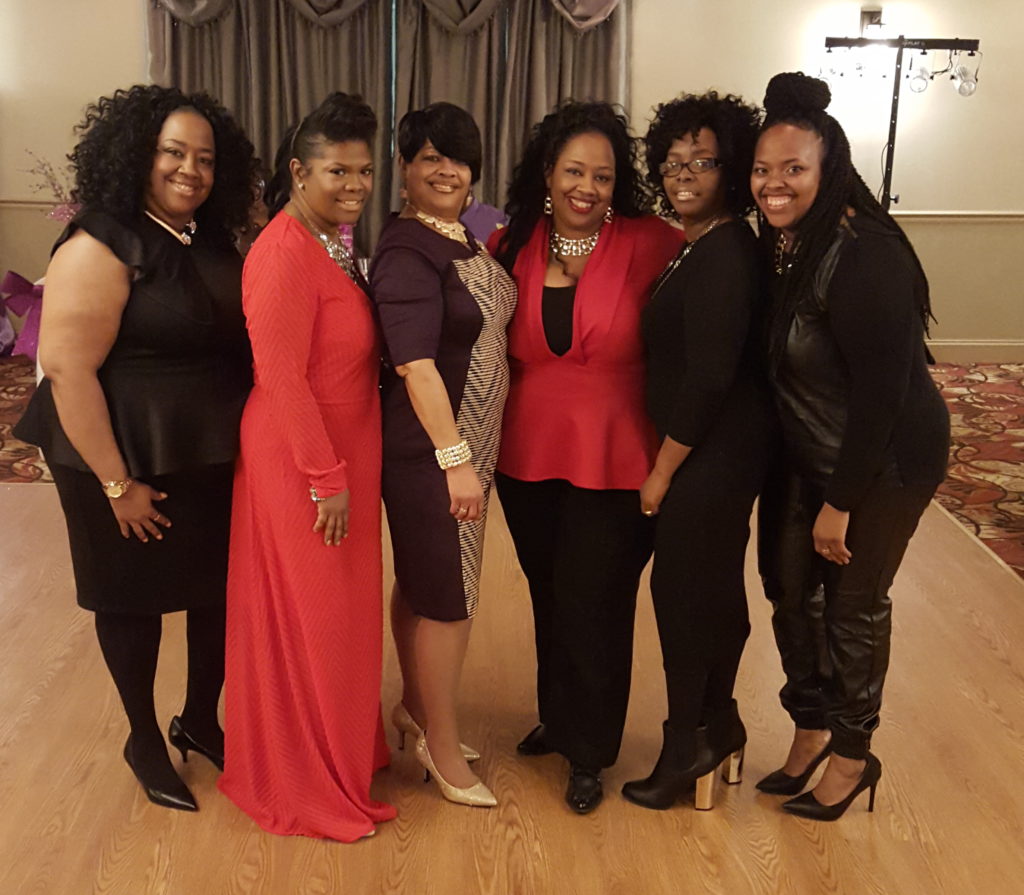 Together at Saint Rose

Although they had done well at separate undergraduate schools, the twins, who were living together in Albany, decided to share their graduate-school experience. They heard from acquaintances about Saint Rose. Although nervous to sit for a group admissions interview, the twins immediately fell in love with the school.

“I knew that this was going to be a great experience,” says Roberts, adding that Saint Rose felt like where she needed to be at that time.

Being separate for undergraduate study had been a little lonely; studying together was a big improvement.

“I think most college students feel alone at some point, as they’re doing it by themselves,” says Bland, who as a single mom felt even more isolated from her classmates. “But because I had Nerissa as a support at Saint Rose, because we were experiencing things together, it seemed a lot easier.”

Adds Roberts: “Not only could we share in the conversation after class about what we’d learned, but I think it helped us be more confident in our ability to participate in classes, and it helped us financially because we could share resources, books, rides, carpooling, babysitting – it helped in so many ways.”

“I learned so much, and there was really a sense of community – everyone was so supportive,” says Bland. “If I had gone anywhere else, and hadn’t had the experiences with the professors and the challenge, I really don’t think I would be sitting here now.”

The twins had originally wanted to become school counselors, but the job market was tight, and each twin instead found her own path to ACAP. Roberts, who had worked for the now-defunct Martin Luther King Jr. Commission and Institute for Nonviolence in Albany, joined ACAP in 1996 with the Head Start program, originally in a temporary position (“I was supposed to be here for three to six months, and it’s been more than 20 years!”). Bland had been at Equinox, an Albany organization that provides counseling and advocacy services to teens and adults.

Bland joined ACAP originally as director of career services. Although Roberts didn’t recruit her, her twin sense told her Bland would be happy there (“I can taste something and think, ‘Neenah will like this!’”).

Roberts is Bland’s biggest cheerleader. She says sharing her sister’s experience shaped her own calling to help others. Seeing people look down on her sister’s teen motherhood, Roberts felt as if she were living the experience herself.

“I was right there with her, hearing people say, ‘She’s not going to amount to anything,’” she says. “I always felt like it was my life, like her kids were my kids.”

In a similar vein, that kinship helps Bland connect with the young moms she serves at ACAP.

“That helped change my life experience, see myself in these young ladies, and helps me empower them, help them create goals, and realize that if you work hard and have the right supports, you can continue your education and continue with the goals and dreams you’ve set forth,” she says.