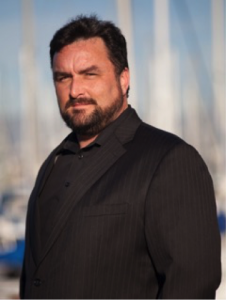 A former boss used to tell Mike Bunnell ’91 that “good TV was the result of a thousand little decisions gone right.” At Saint Rose, he says Professors Mary Alice Molgard, Fred Antico and other members of the communications faculty made this lesson abundantly clear and Bunnell has never forgotten.

As a long-time television professional and, now, senior vice president of reversioning and scheduling at Al Jazeera America, Bunnell continues to benefit from what he learned at Saint Rose. His education combined top notch communications classes with classes in business, and an internship with WTEN (Albany’s ABC affiliate) that Bunnell calls a turning point. The internship represented a total immersion in the business and opened the way for his first job, at the Fox affiliate, WXXA. From the studios in Albany, his career took him to the TV Guide Network and Current TV (Al Jazeera America’s predecessor), where he took part in coverage that garnered a 2006 Emmy Award for Outstanding Creative Achievement in Interactive Television. The College has played a role all the way through, Bunnell says: “Saint Rose laid a solid foundation for my future in television. As I’ve discovered repeatedly, making television is about more than pointing a camera and adjusting the lights. Almost every class that I took has come in handy at one point or another, especially the ones I never thought I’d need, like accounting or entertainment law. During the early days of my career, I used what I learned repeatedly to guide my decisions, and that helped me to establish myself and grow.”

Read more about the communications degree at Saint Rose.