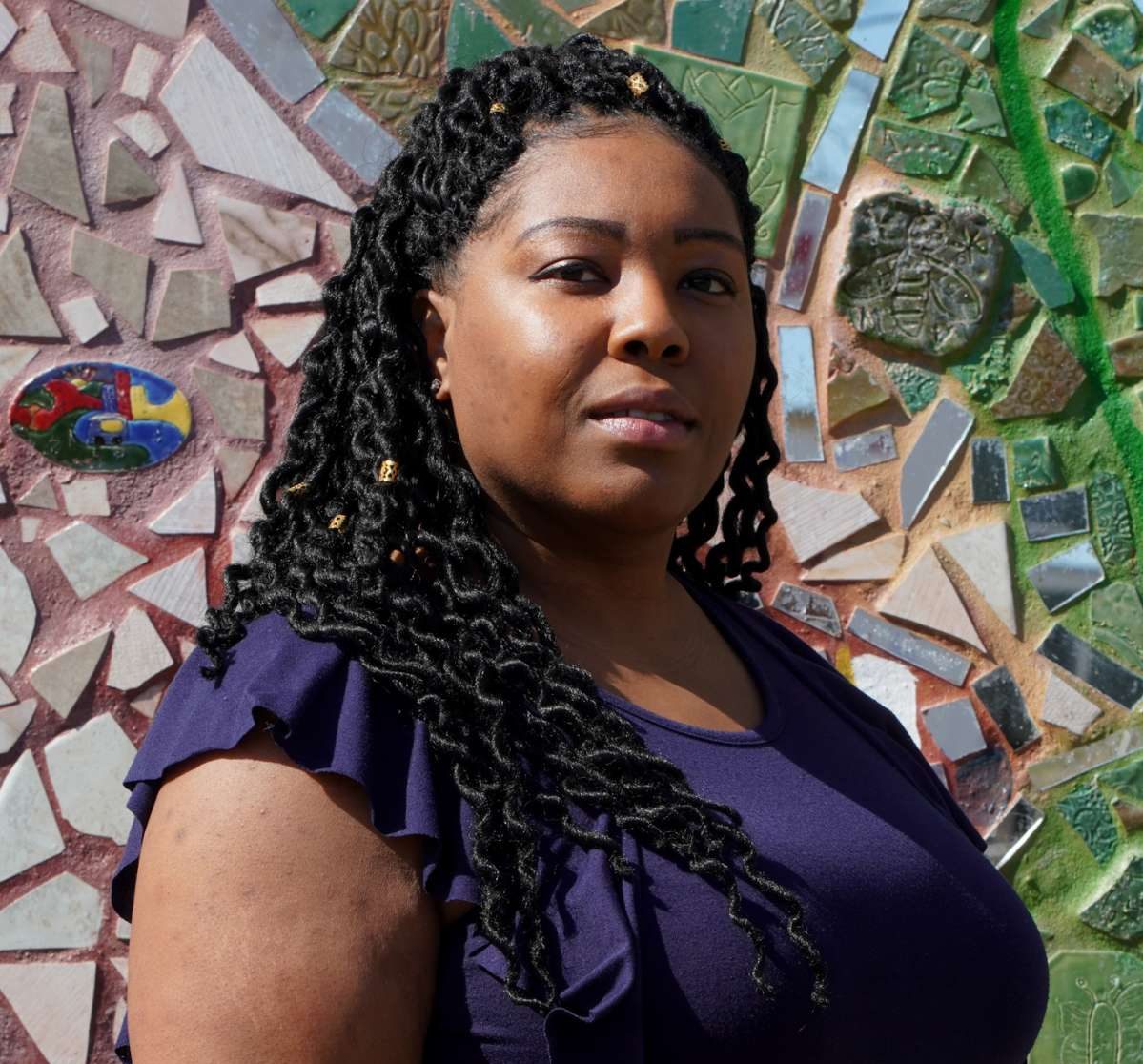 When it was time for Saint Rose management student Destiny Watkins ’14 to arrange an internship in her senior year, the program coordinator at the Huether School of Business asked her interests. Custom cake-baking, Watkins replied, and singing, songwriting, small businesses, and making purses.

“She told me she might have the perfect match – the Community Loan Fund,” recalled Watkins, now 29. “It was right nearby and helped a list of companies. I didn’t have a specific part of business I was interested in, but she thought I could at least get an overview.”

Seven years later, she discussed the experience from her office at the Loan Fund, where she was recently promoted to a top post: leader of training and technical assistance. Recent weeks had found her reaching out to Spa Halcyon in Albany, Coiled Salon in Schenectady, and the just-opened Sugar Fairy Bakes in Mechanicville – each which she helped move from concept to reality. At the same time, Watkins was due to talk to someone about an e-commerce jewelry business and someone hoping to open a laundromat in an urban neighborhood where such services are in high demand.

The 37-year-old Community Loan Fund of the Capital Region extends such opportunities in 11 counties to underrepresented communities, women, and individuals with low incomes who have strong ideas but perhaps not the funding options or traditional business background to see them through on their own. The organization helps clients establish their businesses and makes start-up loans, using money that individuals, nonprofit organizations, and commercial banks contribute.

When it works, she said she is joyful and pleased to visit shops and restaurants. Regardless, Watkins always sees value in allowing people to share their ideas.

“For around 30 percent who we talk to, it’s just an introductory meeting. If we meet two to three times about half are going to launch,” she explained. “You have to keep the same energy with everyone, so you are not talking people out of things but placing your perspective on it. Sometimes I say, ‘As much as I believe in your idea, we have to be realistic.’”

Sometimes, she said, prospective business owners return with a concept that is either similar to  or unlike the original.

In addition to talking through hundreds of ideas, Watkins has put together a resource guide to show would-be entrepreneurs where to turn and offered training on the finer points of business. She has helped clients write business plans complete with anticipated expenses and revenue, collaborated with the lending staff on loans, and followed up regularly with funded businesses.

She first saw the power of the work as a Saint Rose intern, when a woman approached the Loan Fund eager to open a social space for people who encounter barriers to getting jobs. She was struck by how the organization listened and connected her to potential partners.

“I said, ‘This is really interesting. You get to help people do all different things,’” Watkins recalls. “So many people are trying to close the gaps in their communities.”

A New York City native, Watkins grew up in Albany. She came to Saint Rose because of its urban setting and the short commute. While interested in a college experience, she lived at home in order to save money, and also worked. The flexible scheduling – including the ability to take night classes – made all the difference. Her mother convinced her of the value of a business degree.

A singer and composer, Watkins also enjoyed Saint Rose music theory classes and the music students she befriended. She took chemistry and meteorology – admittedly, not her strongest subjects – to fulfill academic requirements. “It was a home away from home, almost,” Watkins said.

The business classes went beyond the books to show what it actually takes to start and run a small business. She particularly enjoyed business law and management classes that got into the nuts and bolts of business planning and risk assessment.

Watkins is most grateful for the internship that led her to her current position. A required part of all majors in the College’s Huether School of Business, she considers internship experiences crucial.

And she approaches her work with a mindset of innovation. Watkins has launched Emerging Investor Network, which is an effort to encourage millennials to make small investments – even $100 – in the Loan Fund to connect the next generation to its mission.

“You better your community and gain some interest at the same time,” she said. “And we push a lot of borrower/investor engagement, which allows our investors to see their ‘investment’ at work.”