The New York State Speech-Language-Hearing Association will honor the professional contributions and personal compassion of Dr. Jack Pickering, who in helping transgender clients change their voices, has helped them change their lives. 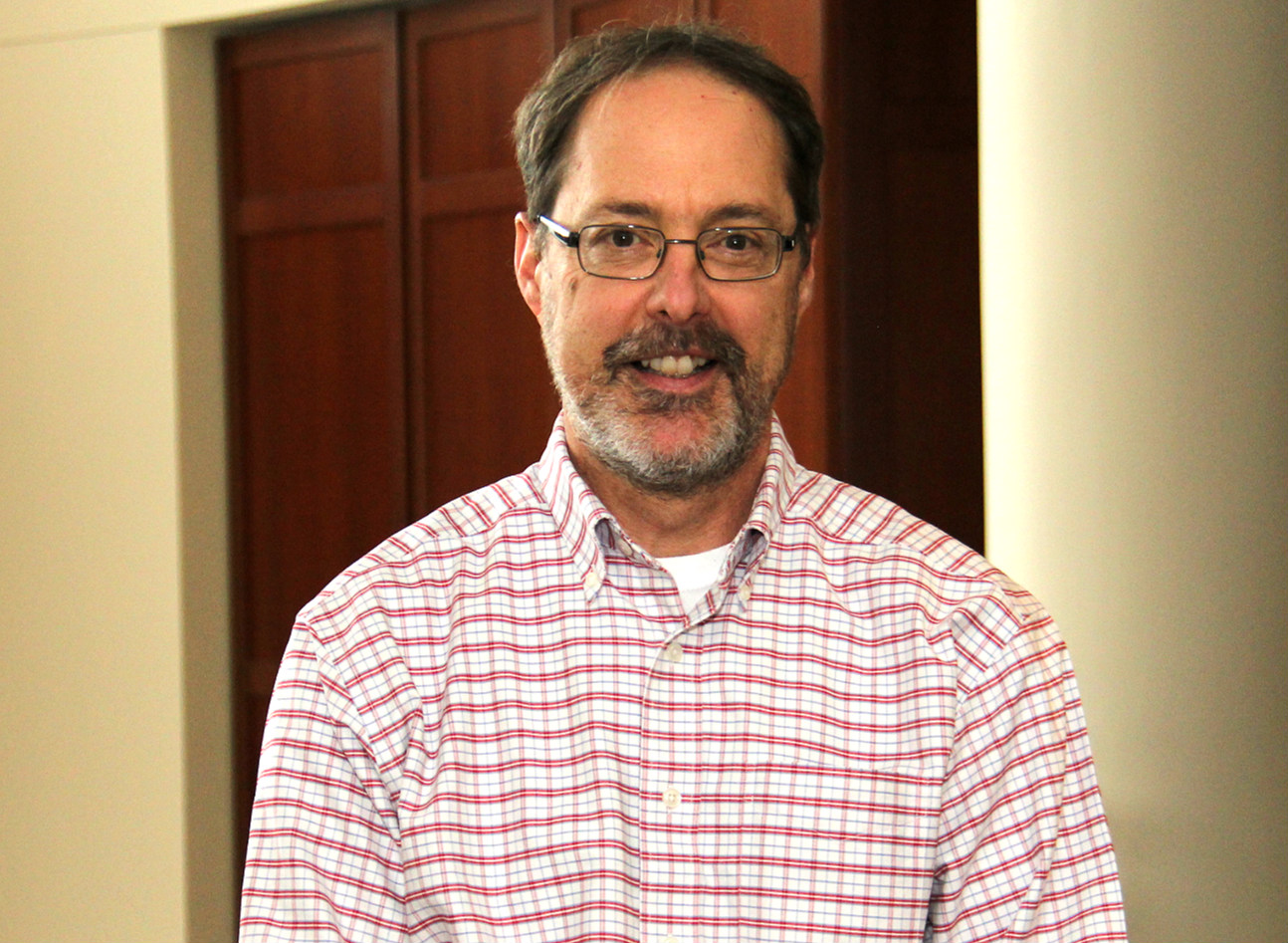 The state’s preeminent organization for speech-language and hearing pathologists has awarded Saint Rose Professor Jack Pickering its top honor, citing his contributions to his field, his students and his clients.

“Dr. Jack Pickering is a consummate professional whose intelligence, clinical and academic excellence, and administrative acumen are exceeded only by his personal warmth, good humor, and matchless consideration for others,” the New York State Speech-Language-Hearing Association said in awarding him Honors of the Association.

The 20,000-plus member organization cited his work as educator, author, and clinician, as well as his impact on the field of Communication Sciences and Disorders.

A 25-year Saint Rose faculty member, Pickering is co-founder and director of the College’s transgender voice modification program. Started 10 years ago, the program has helped more than 90 people adjust their voices to fit their gender identity.

A native of Winterport, Maine, Pickering was drawn to speech-language pathology because of its connections to theater, medicine, and psychology. He earned his undergraduate and graduate degrees at the University of Maine and received his Ph.D. in hearing and speech science at Ohio University. Pickering joined the Saint Rose faculty in 1993 and continues to practice as a part-time speech-language pathologist at Capital Region ENT.

He has been a member of numerous boards and has served as editor for the NYSSLHA’s quarterly newsletter. He received the organization’s Distinguished Clinician Award in 2010.

Few people were talking publically about the lives and challenges of transgender individuals when Pickering and his Saint Rose colleagues became involved. The Saint Rose program started in 2008 when a local counselor asked Pickering to assist a few transgender women struggling with their voices. He soon realized that many people faced the same challenge. The work became a calling.

Mirroring strategies used across the College’s renowned CSD program, Pickering has always invited clients to make the modifications they seek, rather than follow a prescribed model. 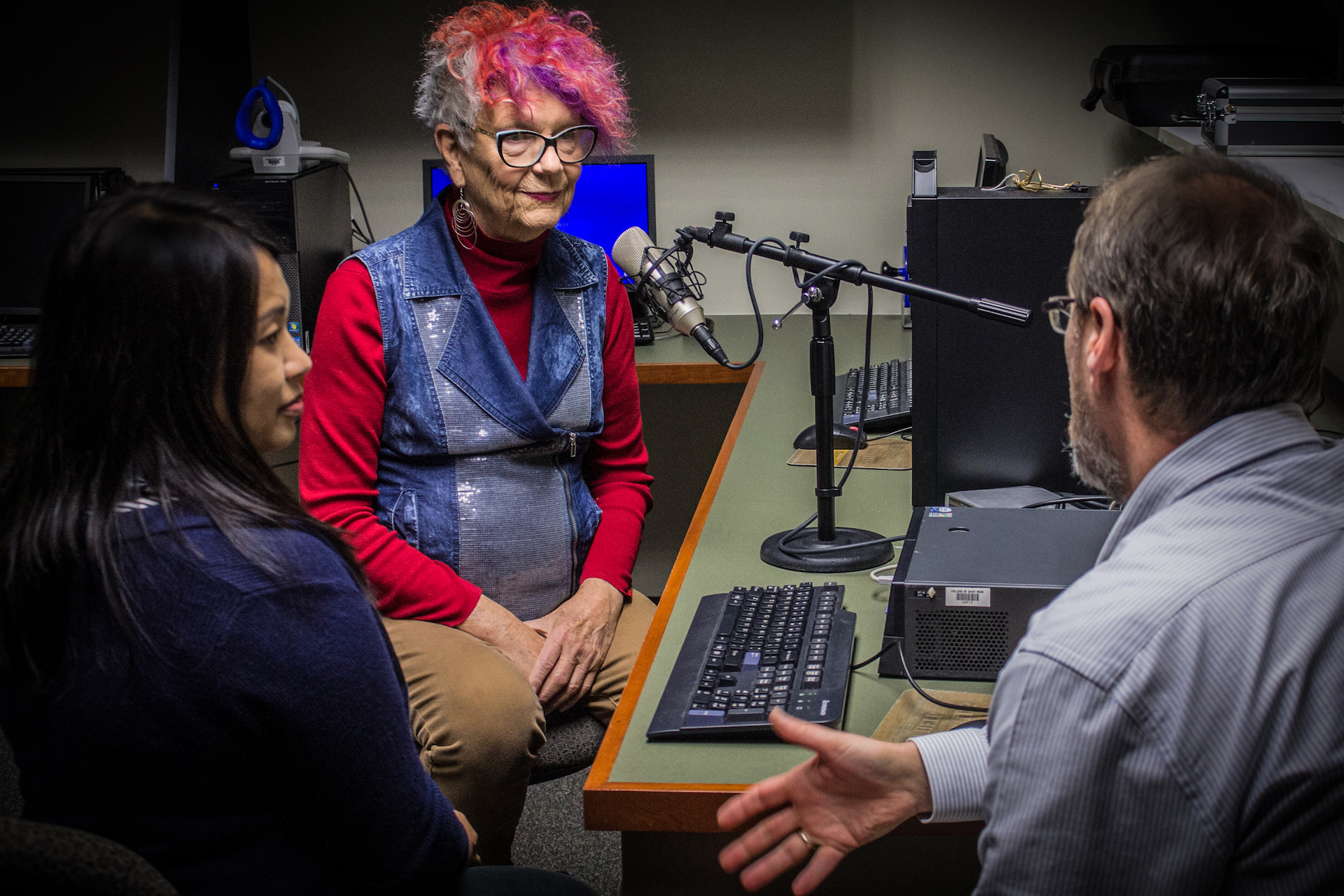 “He didn’t teach us, we learned,” said Renate Hartman, who went through the voice modification program in 2012 when she was halfway through her transition. “The way he taught us meant that we learned.”

A member of the Professional Association for Transgender Health, Pickering advocates for health care for people with nonconforming gender identities. He has presented work at the American Speech-Language-Hearing Association and at colleges and universities.
Hartman said Pickering’s work also stands out because he makes sure the voice modification program connects clients such as herself to the next generation of practitioners – his Saint Rose students.

“It was a very supportive environment,” she said, “But what was just as important was he’d have two or three of us to talk to students or have students interview us. I was giving back. ”

At a talk he gave at Columbia University, the audience broke into applause when Pickering said that 160 Saint Rose students had helped transgender people modify their voices. Many, he notes, have gone on to start their own programs.

Pickering will receive the Association Honors at the NYSSLHA annual convention in Rochester that starts April 19. He is the fourth member of the College’s renowned Communication Sciences and Disorders department selected for the award. The others are the late Dr. Mark Ylvisaker, Dr. Charleen Bloom CSJ, and Dr. Donna Cooperman.