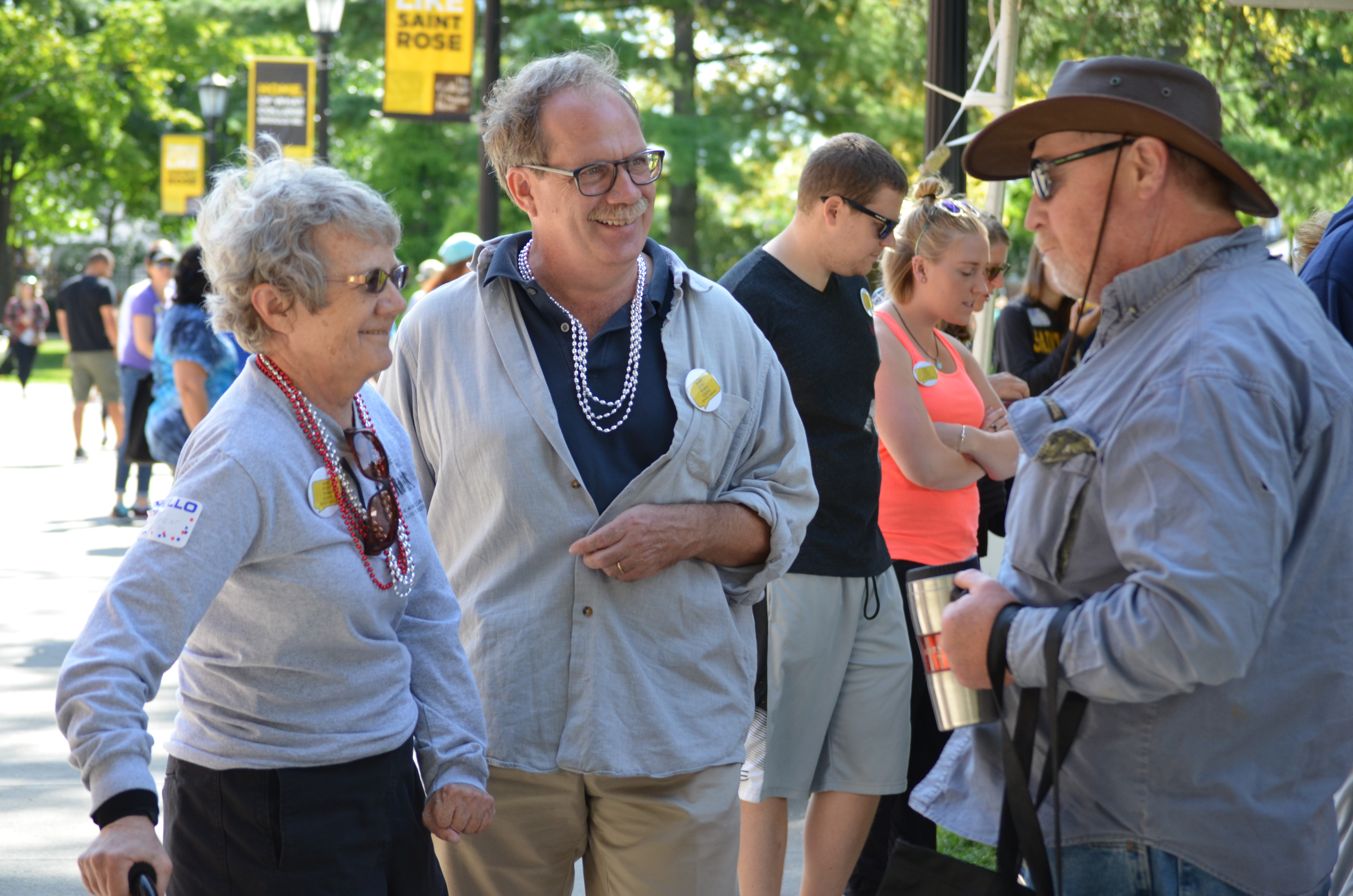 Dr. Eileen Lucey is still the person interested in every patients’ progress. She knows who just got engaged. She recognizes that her friend Phil is still an artist, even if a stroke disrupted the use of his dominant hand. She appreciates when she can cross one leg over the other, something she wasn’t able to do for years after her own brain injury.

She’s the one everyone comes to for medical advice, even though she stopped practicing internal medicine in 1999, a latecomer to medical school whose career was cut short after just seven years following two strokes, one in the cerebrum and one in the cerebellum. She laughs when she says that she spent more time in medical school than she did getting to practice medicine.

“Before I was around the bed, and now I’m in the bed.”

Yet the doctor was, and still is, inside of her, even if her motor speech impairment doesn’t let the words come out of her mouth as quickly or as clearly as they flash in her mind. At first, it was frustrating, she says, and lonely. But the doctor knows that healing comes in stages, and in small victories. She started as a patient at the Pauline K. Winkler Speech-Language-Hearing Clinic at The College of Saint Rose in 2008. The following year, the TBI Waiver program began at Saint Rose and Doc was the original participant. The program now serves 50 people weekly.

In 2009, Doc’s own search for small victories led her to train for the Strides for Stroke, a one-mile walk, but when the event was canceled, her support system at the Winkler Center was insistent that Doc get her chance to walk that mile. So they suggested they hold their own event. Doc said no. They said yes. The first Moving Message started with about 60 participants as a way to cheer Doc to her finish line and blossomed to 300 as a way to raise awareness about traumatic brain injury, stroke, and other neurological changes, and funds for those who need ongoing speech therapy or communication devices. Saint Rose will host the eighth annual Moving Message walk from 10 a.m. to 2 p.m. September 16.

“In our day and age, it’s important to know that a nucleus of people can have a major impact,” Doc says. She is 62 now. She was just 44 when she had the strokes. That first year of the Moving Message, she was supported by her friends as it took her almost four hours to finish that mile, walking loops around the Campus Green. Now her goal is to spend more time every day getting around with her cane than with her wheelchair. Since she had her brain injury, she’s gone from moving from Ithaca to the Capital Region to live near her brother, to an assisted living facility, to an apartment with 24-7 care, to living independently in an apartment.

There are worse conditions to have, she says, ones that only come with steady decline. In recovery from stroke, there is at least forward progress.

Doc is the person who decided to leave business management to become a doctor because she saw the nurse who inspired her instructing all the medical students but still having to take orders from physicians, and Doc is not a fan of taking orders. So it bothers her when people talk to those who have had strokes as if they’re children or overlook them entirely to speak to whoever is standing with them. She once wheeled up to the checkout counter at a store to buy shoes, and when the cashier only addressed her sister, she pulled herself to her feet and reminded everyone that they were her shoes, and it was her credit card that was paying for them.

Everyone, she says, has their own way of communicating. It may not always be what we expect. Yet everyone deserves respect.

Phil will always be an artist, she says. She will always be a doctor. She will always be the person who keeps in touch with patients long after they’ve left the Winkler Center, who likes all their news on Facebook, and who celebrates small victories. Recovery happens in time. It’s always moving. That is her message, and it comes out so easily through her life, strong and clear.

Where: The Campus Green, The College of Saint Rose, Albany

Cost: Register online here or the day of the event beginning at 9 a.m. Registration is $20 for adults, $10 for Saint Rose students and volunteers, and $5 for children ages 5-12. Children younger than 5 are free.

More info: Prizes will be raffled off to support the cause. There will be music, food, vendors, massages, and activities for kids.