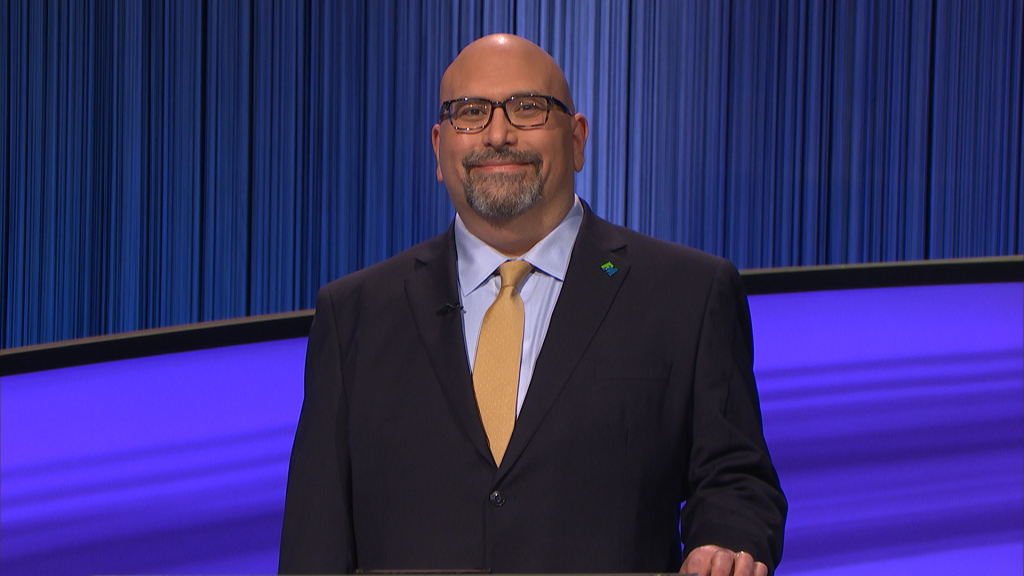 Saint Rose alum Jason Radalin ’94 on the set of “Jeopardy!.” His episode aired on December 20, 2022. (Photo courtesy of Jason Radalin)

Jason Radalin ’94 earned a degree in English at Saint Rose and is now an assistant professor at Fulton-Montgomery Community College. In December, a childhood dream came true when his appearance on “Jeopardy!” aired on television.

He didn’t win the show, but just making it there means he beat enormous odds. We learned about that and more when we caught up with him after his episode aired.

How long have you been a “Jeopardy!” fan?

Basically, since I was a child. My grandparents had an old “Jeopardy!” board game from the ’60s that I was obsessed with, but no one in my family ever watched the show regularly. I was just that kid who looked forward to watching “Jeopardy!” every single day after school.

What was the process of trying out for the show like?

First, you initiate the process by going to the show’s website and taking an online quiz. This quiz, called the “Jeopardy! Anytime Test,” gives the player 50 “clues” presented in the expected “Jeopardy!” format. Your task is to read/process each clue and type your answer—in the form of a question—all within 15 seconds per clue.

I suppose I did well enough because I was quickly scheduled to compete against a few other would-be contestants via another Zoom audition. That audition took place in August 2021 and is frankly a bit of a blur to me. Once you complete this audition, you’re placed in the “contestant pool” and can be called any time to appear on the show for up to 18 months.

When did you find out you’d made the show?

I completed my audition in August of 2021, and I got a phone call in October of 2022 — over a year later — that I was actually going to be on the show! 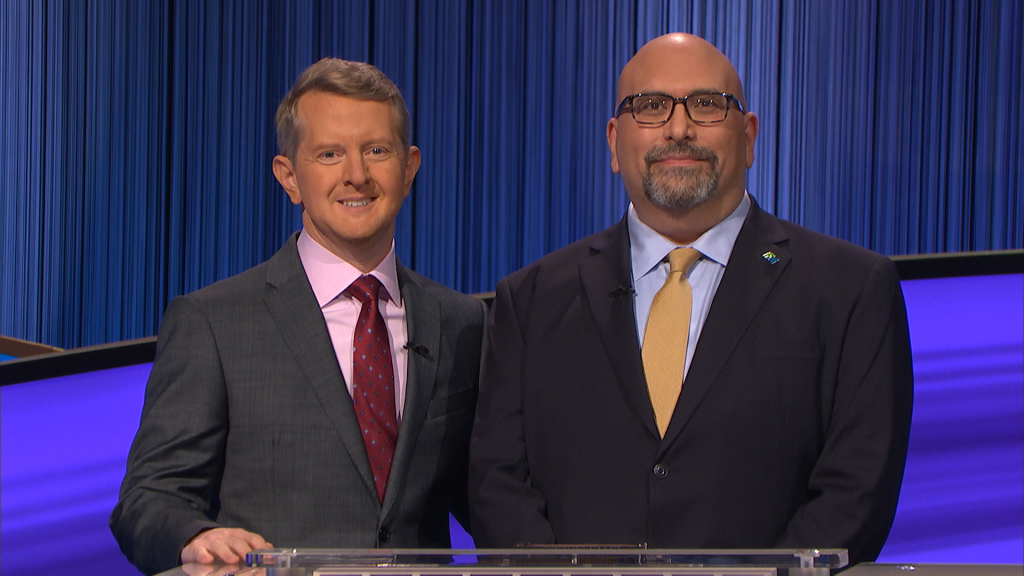 What was the experience of filming the show like? Was it like you imagined it would be?

Even such a mundane thing, like booking a flight to Los Angeles, felt elevated and exciting. What an amazing thing, to be a “Jeopardy!” contestant! Everything is surreal.

The whole experience is pretty intense for a first-time contestant, even if it’s just business as usual for the excellent professionals who make up the entire “Jeopardy!” staff.

“Jeopardy!” tapes five shows in a single day — a whole week’s worth of broadcasts. We new contestants didn’t know in what order we would be called upon to play, as each next contestant is chosen randomly and then simply announced by the producers. I was not called on my first day, so I spent most of my time chatting with my fellow contestants as we watched the shows being taped.

What kind of feedback have you gotten since the show aired on December 20?

It’s been overwhelmingly positive and so much fun. The other day, someone I didn’t know flagged me down in the parking lot of a Price Chopper to congratulate me on my appearance, and this was, you know, very flattering (and amusing) for a noncelebrity upstate New York community college professor to experience.

Among “Jeopardy!” fans, my episode seems to be considered a good show due to its many twists and turns, some of which I personally contributed to — so I’m very pleased with the feedback I’ve read online regarding that. My amazing colleagues at Fulton-Montgomery Community College are always great, the best people in the world. My wife (Jennifer Nigra-Radalin ’92) has been my biggest fan for a long, long time, so she was predictably effusive and supportive. Our sons were each impressed in their own specific way.

Being on “Jeopardy!” has been an unexpected bright light in my life, and while I didn’t win, and winning isn’t everything, I’ve already contacted the producers to let them know I’m available for any future “Second Chance” tournaments in the works. I’d love to do it all again, any time.

Because even after all these years, I really am still just that kid who looks forward to watching “Jeopardy!” every single day after school — except now I’m a teacher and the school is Fulton-Montgomery Community College!