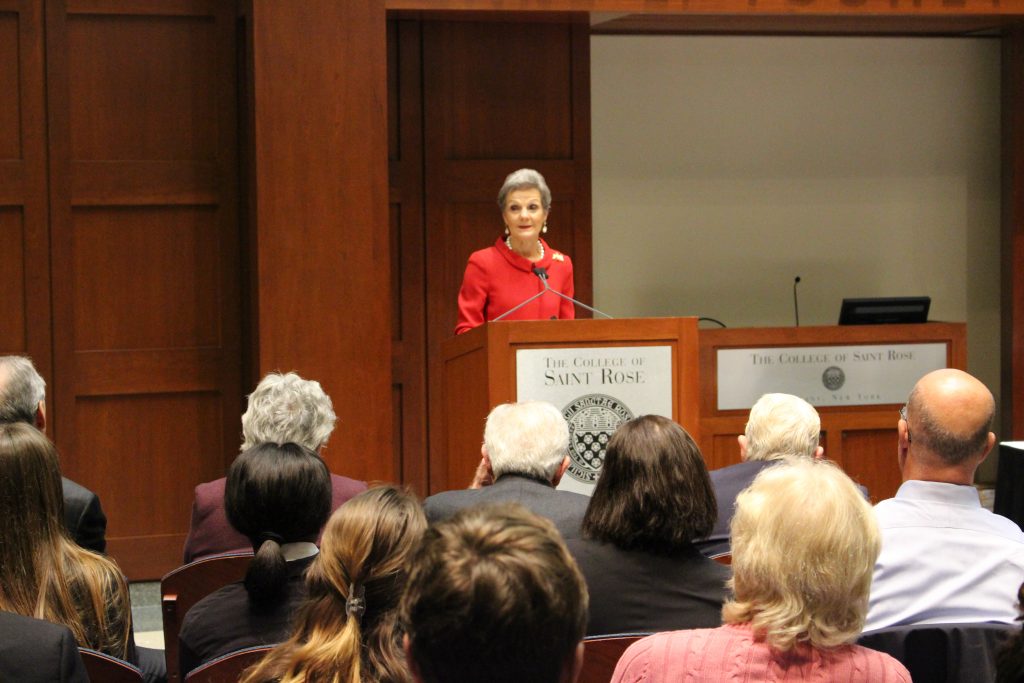 The Honorable Loretta A. Preska ’70 during the Jurist-in-Residence lecture in 2017.

The 2022 Jurist in Residence discussion, “Immigration Today: Protecting our Border While Upholding Human Rights,” will take place October 6 from 5:30 to 7 p.m. in the Thelma P. Lally School of Education.

Jurist in Residence Loretta A. Preska ’70, senior U.S. district judge of the U. S. District Court for the Southern District of New York, will be joined by panelists Colleen C. Piccone, associate chief counsel, New York, United States Customs and Border Protection, and Kimberley Felton ’14, an attorney at Onward Immigration in Albany. The group will discuss the issues surrounding enforcing our border laws and regulations while maintaining our country’s commitment to human rights.

The talk is free and open to the public. The College’s Thelma P. Lally School of Education is located at 1009 Madison Avenue in Albany. Online registration for the event is required.

The Jurist in Residence program is now in its 10th year. An endowment in Preska’s name, created when her former clerks wanted to honor her 20-year anniversary as a federal judge, provides funding for the Hon. Loretta A. Preska ’70 Mock Trial Team at Saint Rose and the jurist program. The Honorable Loretta A. Preska ’70 Mock Trial Courtroom, located in Albertus Hall, Room 103, was dedicated in 2018 and serves as the site of mock trial team practices and competitions.