Joseph DeLuca ’17 has signed with the Cincinnati Reds organization and at presstime is attending minor league training camp in Arizona. Joe played the 2021 season with the Southern Maryland Blue Crabs.

Erika Romero ’14 has been promoted to producer at APM Studios and is the co-creator of their newest show, “The One Recipe” podcast where host, Jesse Sparks, senior editor at Eater, talks to gifted chefs and cooks from all around the world about their one recipe and the story behind it. She also produces the award-winning radio program, “The Splendid Table.”

Schuyler Bull ’10, G’10 has announced plans to open a second location of The Fort Orange General Store. This new location in Guilderland will complement its first location in downtown Albany.

August Rosa ’08 is expanding his capital region footprint. There are now three locations of his craft beer shop Pint Sized and a new venue called No Fun, an event space and bar.

Brian Dunn ’99, G’15 is the new superintendent of schools for the Pine Bush Central School District.

Seth Warden ’99, G’10 and his band Warden and Co. just released their new album “Somewhere.” You can learn more about their single “Lifeguard,” and its connection to his wife and fellow alum Tanika ’99, G’06 here.

Gregg Barthelmas ’97, G’02 was appointed the next superintendent of the Schuylerville Central School District. Prior to his appointment, Gregg has served as the district for over 23 years in both classroom and administrative roles.

Judy Yuzhu Teng, Ph.D. G’97 was named by Syracuse University’s Center for Online and Digital Learning as its new executive director. In this position, she will lead their instructional design and course development services.

Garlyn Eggleston MaGinnis ’93 has an exhibition showing at the Little Falls Public Library. The exhibit, titled “Breathing Space” is a collection of landscapes which are “an exploration of abstract Impressionism.” The exhibition runs through the end of April. For more information visit www.lflibrary.org. 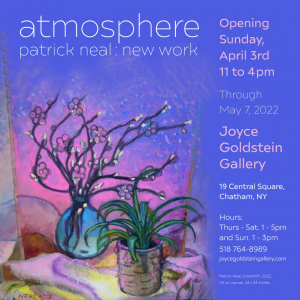 Edwin Litts G’83 had his first book published by Atmosphere Press. The novel, titled “Adam’s Roads,” takes readers on an utterly relatable adventure and witnesses the coming-of-age tale of Adam Bell. It is available both online and in-store wherever books are sold. 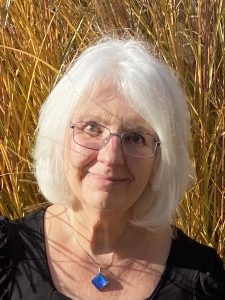 Linda L. Bacon ’72 exhibits her sculptures in national and local art shows. Her recent Best in Show award led to an invitation to exhibit in a three-person show at The Laffer Gallery (Schuylerville) in the fall of 2022.

The College of Saint Rose is proud to share that the following alumni have been named to the Albany Business Review’s Top 40 Under 40.

Kenneth “Kenny” Young, custodian at Saint Rose for over 14 years