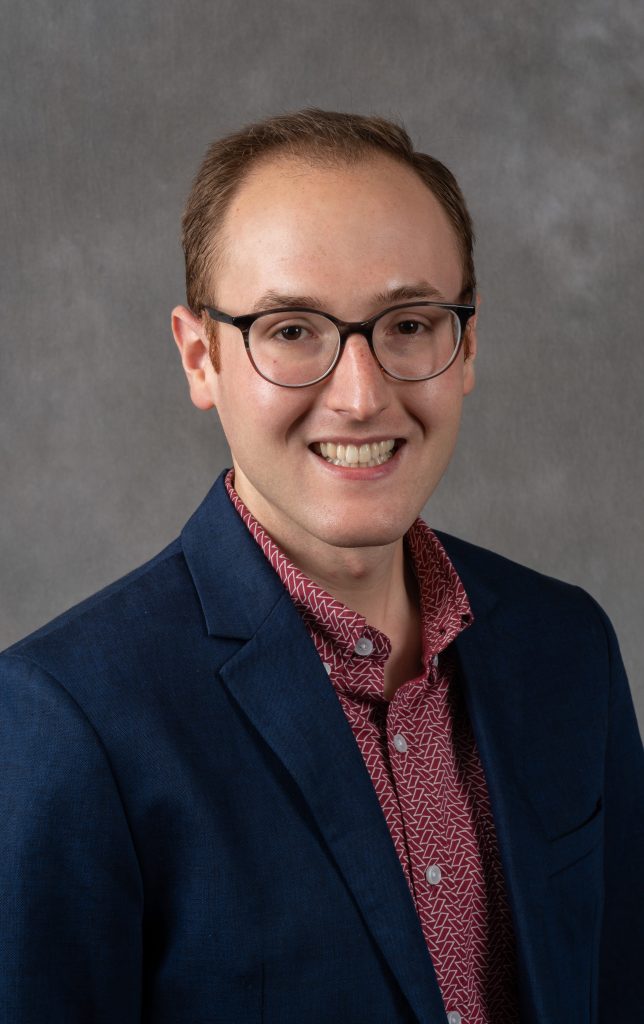 At the start of this century, Republican lawmakers were far more likely than they are today to support lesbian and gay rights. Democrats were more willing to oppose them.

“Now, Susan Collins is one of the few Republicans in the Senate who votes pro-LGBTQ, and Joe Manchin is the only Democrat in Congress who doesn’t openly support same-sex marriage,” notes Joel Kersting ’15, a Saint Rose history and political science graduate pursuing a Ph.D. in political science at Syracuse University’s Maxwell School. “Going back 20 years, there were a lot more on the Democratic side that would have thought homosexuality is a sin.”

Today’s near-lockstep voting, he notes, has taken shape quickly. And to political scientists, this partisan division has terrifying implications for a nation confronting gun violence and disease.

Kersting worries acts of political violence, like the insurrection at the Capitol and false claims of election fraud, will become more common, and that Republicans will continue to put their health at risk by not getting vaccinated against COVID-19.

“Did we ever think that wearing a mask or getting a vaccine would be so partisan? Or, having a global pandemic would make our country more divided than it already was?” he asked. “You think of big crises, like 9/11 at least temporarily bringing more agreement.”

Born in Gloversville, New York, a small Mohawk Valley city associated with the leather trade, Kersting came to Saint Rose hoping to become a social studies teacher. He scrapped the plan as a sophomore, once he took history and political science classes. Professor Ryane Straus’s upper-level urban politics course, in particular, made him look closely at political behavior.

“I ended up doing a final research paper on how gays and lesbians had gotten themselves represented in New York City, San Francisco, Atlanta, and Philadelphia,” recalls Kersting, who minored in sociology. “Today I can draw a line between that paper and my dissertation.”

His upper-level Saint Rose classes prepared him for graduate school seminars by encouraging discourse over lectures. The liberal arts curriculum enabled him to sample many disciplines and small classes promoted interaction.

At Syracuse, where he earned a master’s in political science, Kersting remained fascinated by how the Democratic Party came to embrace the LGBTQ community. It became clear that this was related to the emerging divide between those with and without college degrees. College-educated Americans, often more friendly to the LGBTQ community, he found, were much more likely to vote

“It completely flipped – I call it the education realignment,” said Kersting, whose research was recently published in the academic journal Politics, Groups, and Identities. “My dissertation is looking at the effects of the positions the parties take.”

As a gay man, he says he remains interested in the political representation of the LGBTQ community – with battle lines now drawn for and against transgender rights. However, he argues, that this is just one example of how the education realignment is shaping American politics.

“There used to be a lot more outliers on other social issues. You had pro-environment Republicans and anti-environment Democrats, and they left Congress,” he explained. “Politicians are pressured to vote a certain way. Republicans won’t discuss climate change, even those who want to.”

Locally, Kersting points to the North Country, a comparatively less-educated region where Republican Congresswoman Elise Stefanik often denounces steps to counter climate change – regardless of her own views.

“I teach undergraduates, and one of the things I talk about is that members of Congress are more interested in getting reelected above all else,” he explained.

With completion of his doctorate hopefully just months away, Kersting said he sees himself less as an activist and more as an educator. And he has swung back around to wanting to teach – his goal when he entered Saint Rose. Now, though, he wants to teach college.

It’s in the classroom, more than in academic journals per se, that he feels he can make a difference.

“I want people to question what is going on in voting behavior, the same way a biologist studies how cancer works in the body,” he explained. “My goal in teaching classes, particularly for students taking just one political science class is to start thinking critically and go and out to be active citizens. Vote in elections and become prepared. My activism is through the classroom.”