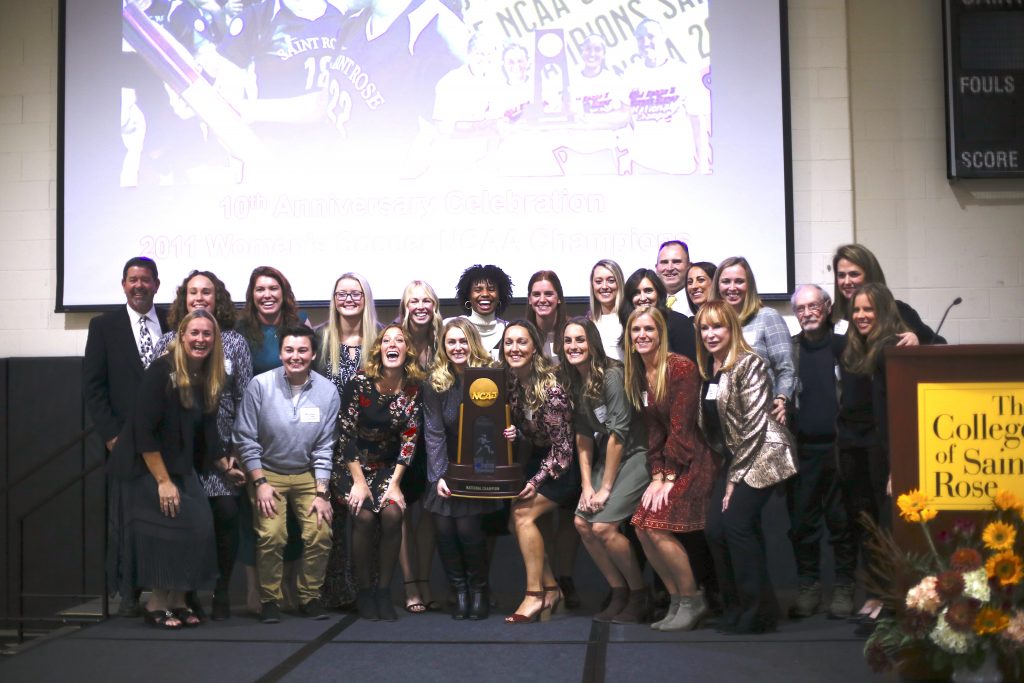 The Saint Rose 2011 NCAA national champion women’s soccer team during a brief photo opportunity at the 10th anniversary party for their milestone championship.

The 10th anniversary celebration of the Saint Rose women’s soccer program’s 2011 NCAA national championship title was an emotional one for head coach Laurie Darling Gutheil. Not only did so many of her alumni return to Saint Rose on November 6 to celebrate the milestone, they surprised her by announcing a $70,000 gift to the College.

“I’m just incredibly grateful for this gift of tremendous generosity to continue the legacy of success for our current and future players,” an emotional Darling Gutheil said after the announcement, while her current team, ranked 8th in the nation, sat in attendance.

“Just like we benefited from those who supported us, we want to support the program and The College of Saint Rose how we can,” said Renae Ransdell ’05, a member of the Saint Rose Athletics Hall of Fame who still serves the program as an assistant coach. “Individually, our contributions are modest, but when we work collectively, just like we did as players on the field, the result is more meaningful. We hope our support for the program benefits current and future players, enabling them the same experiences and success of those who came before them.” 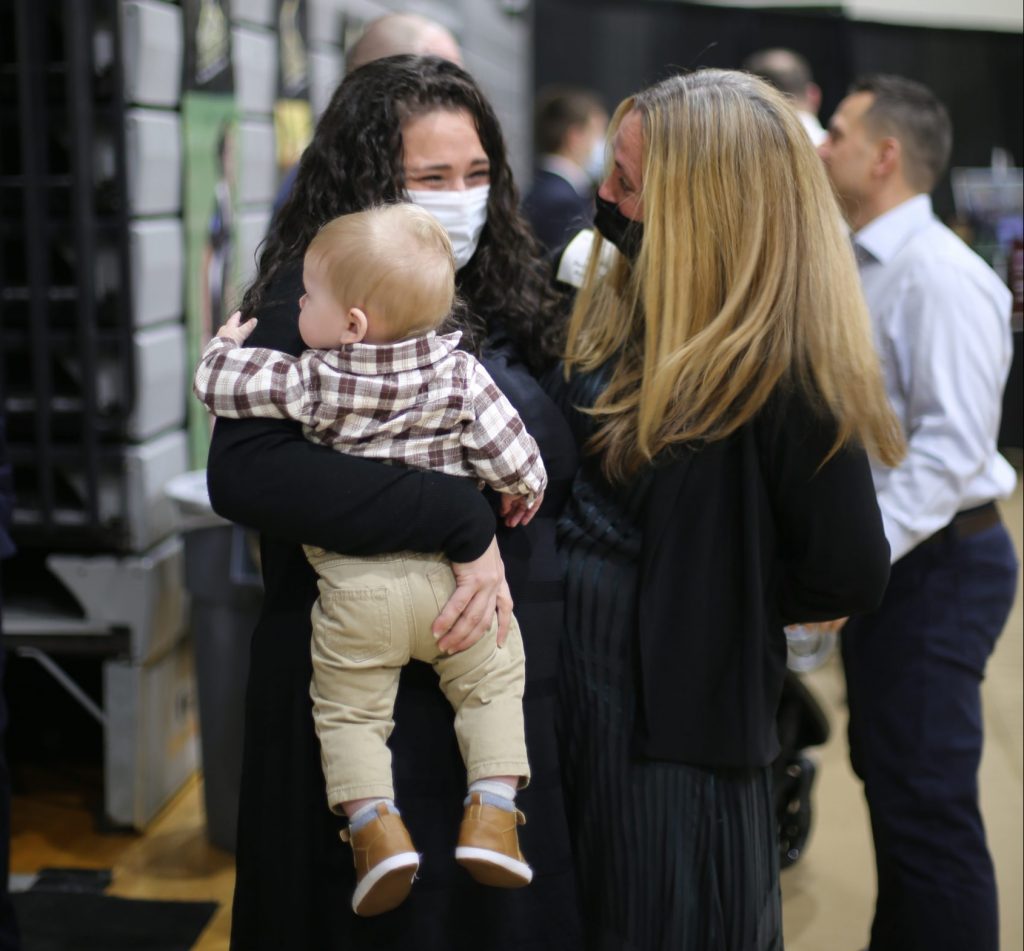 The 2011 team wasn’t expected to bring home a national title. The program had made it to the NCAA Tournament semifinals in 2008, 2009, and 2010, coming up short each time. The 2011 squad was young with key players just having graduated. On December 3, 2011, they took down perennial Division II powerhouse Grand Valley State 2-1 in the tournament final for the College’s first team national championship.

But success is not just counted in championships. Darling Gutheil’s teams have made 15 NCAA Tournament appearances in the past 18 competitive years.

“Laurie and (assistant coach) Jason (Gutheil) have done tremendous work for the women’s soccer program and Saint Rose. Ricky (Rowland ’08, her husband) and I felt that the best way we can honor both of them is to support the program and the school,” said former player Lauren Steinberg Rowland ’08 G’10, who was part of three NCAA Tournament squads and is a member of the Saint Rose Athletics Hall of Fame. “We are so grateful for everything they have done for us and look forward to celebrating future national champions!”

Lori Anctil, associate vice president and director of athletics, said the gift is another demonstration of the players’ longtime commitment to each other and the soccer program at Saint Rose.

“They continue to reveal the spirit of champions,” Anctil said. “Not only does their national championship inspire all of our student-athletes who strive for greatness after them, but they embody the Saint Rose values of giving to others through this gift. We are so grateful for their legacy at Saint Rose, which now lives on in this new way.”