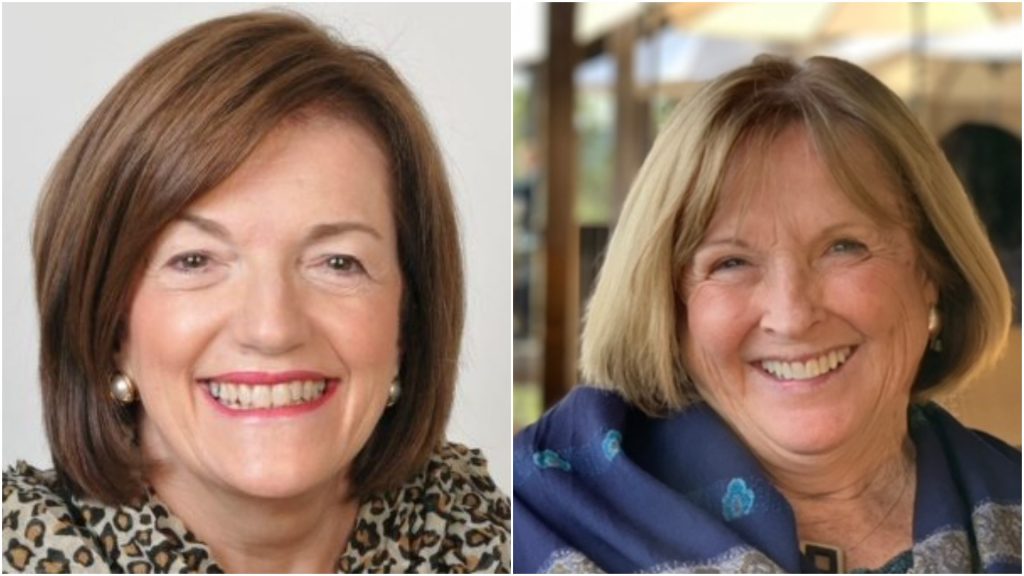 At their 35th reunion in 2005, the Class of 1970 chose to do something especially meaningful for upcoming generations of Saint Rose students. The College, these alums noted, had enabled them to pursue advanced degrees, travel, and enter fields they might not otherwise have known about. Why not see to it that more Saint Rose students had such opportunities?

By 2005, colleges widely offered summer internships. Saint Rose provided some local opportunities, but they were often out of reach.

“Even 15 years ago, it was challenging for most of our students to accept internships, because they had bills to pay. They couldn’t afford to not work over the summer,” says one Class of 1970 member, Rita Bailey Crotty, a 21-year Saint Rose trustee.

In response, the Class of 1970 pledged to use their contacts to supply internships around the country and to raise funds – eventually more than $100,000 – to see that Saint Rose students could take part.

Co-founded by Crotty and classmate and fellow trustee Kathleen Sullivan Ricker, Project 70, as the initiative is called, has provided 20 professional summer internships. Students, with support from deans and faculty, do so after sophomore or junior year. In addition to finding internships, Project 70 finances travel and housing, and provides stipends.

As a result, a design student who had never been to Maine spent a summer fine-tuning an L.L. Bean marketing campaign. A biology student worked on retinal screening at the University of Nebraska and published research. A music industry student experienced music publishing in New York City.

Others have interned at Reichmann International in Mexico City; Brigham and Women’s Hospital in Boston; the Juneau-Douglas City (Alaska) Museum; Legal Services Corp. in Washington. D.C.; the Museum of Natural History in New York City; Metrohm USA in Florida; Stun Creative Advertising in Los Angeles; and the Association of Clinical Research Professionals in Virginia.

Loretta Preska ’70, Senior Judge for the United States District Court for the Southern District, extended one of the earliest such opportunities to a student from Harlem.

“The program paid him so that he could afford to take the internship in the Federal Court. He loved it,” said Crotty. “He went on to law school.”

Her class, she notes, was the last all-female class at Saint Rose, part of a generation that successfully pushed social change. The College showed them their voices mattered.

Crotty, an elementary education math major, taught and did extensive volunteer work in the New York City legal and medical communities. She is now retired as executive director of the Women’s Forum of New York, a network of executive women that extends opportunities to other women.

Ricker, a history and political science major, taught and served as a high school counselor. She then earned a Ph.D. in clinical psychology from the University of Denver and established a clinical practice. She later taught graduate school and chaired the El Paso County Democratic Party.

Just as gratifying, however, the College now generates many of the internships with help from Project 70, which continues to grow.

“Our goal was to open the doors for Saint Rose students around the world,” Crotty said. “And we did just that! It is our class legacy.”