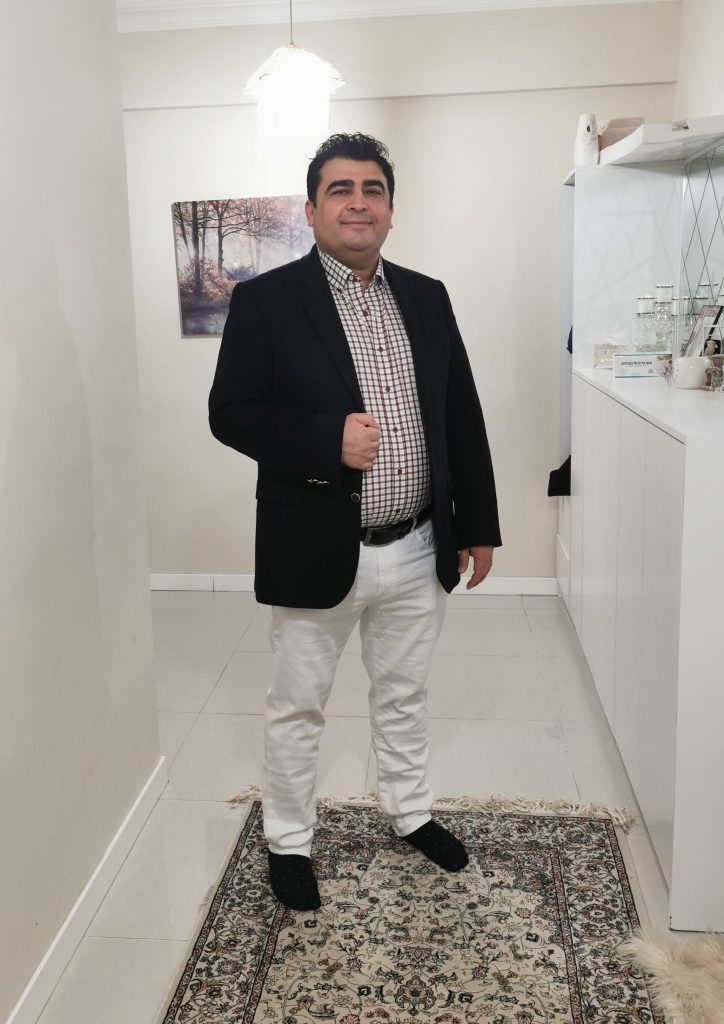 A Fulbright scholarship brought Dilshad Abubakir G’09, Saint Rose’s first Iraqi national, to the quaint little city of Albany, New York. Over the more dozen years since he earned his master’s degree in public communication, Abubakir has made his career working for humanitarian-assistance programs funded by the U.S. Federal government to help refugees and displaced persons in Iraq.

We caught up with him recently.

What are you doing now?

As a project management assistant, I currently support United States Government (USG)-funded humanitarian assistance programs that assist and support refugees and internally displaced persons (IDPs) across Iraq while providing a plethora of services in the sectors of education, livelihoods, protection, and shelter.

A typical day for me starts with responding to emails and reading humanitarian reports, setting up meetings with partners from international NGOs and UN partners as well as other entities interested to learn about USG-funded programs, arranging field trips to monitor activities and the progress of USG-funded programs, and reporting on significant media reports on issues and challenges that refugees and IDPs are facing in camps and in non-camp settings.

With the ongoing COVID-19 pandemic in the country, I am mostly working online and from home to support USG humanitarian assistance programs.

After completing my studies at Saint Rose and prior to my current work, I started working in the Kurdistan Regional Government (KRG) Council of Ministers in Erbil, where my work experience focused on public communications and outreach to let the public know about KRG initiatives in leading electronic efforts and building e-government.
Then I started a new position with a USAID implementing partner, which provided me with various perspectives on emergency response to a humanitarian crisis and promoting development and stability in a post-conflict area and communities affected by crisis and hardships.

Since the end of 2016, I have found myself to be working on emergency response and humanitarian assistance to affected populations, especially to those who were displaced and lost everything because of the ISIS/ISIL atrocities and violations in swaths of rural and urban areas the extremist group took over.

How has your Saint Rose experience helped you in your career?

The College of Saint Rose has given me a dream opportunity to have finished a master’s degree in public communications in May 2009, and this has considerably helped me in finding job opportunities and in enhancing my ability to engage both the government, i.e. the KRG in the Iraqi Kurdistan Region, and other foreign diplomatic missions in the country. I do believe that my Saint Rose experience has prepared me well for where and who I am today.

How did you find your way to Albany and to Saint Rose?

When I received a fully funded graduate-level scholarship from the Fulbright Foreign Student Program through the United States Embassy in Baghdad in June 2007, which is a very prestigious and competitive program funded by the U.S. Department of State’s Bureau of Educational and Cultural Affairs, I was very excited since two of my dreams would become true: successfully finishing a master’s degree and being able to travel and study in the United States.

I felt sad a bit first as the program team told me that my scholarship was placed at The College of Saint Rose in Albany, New York. I asked myself, “Why were other fellow Iraqi Fulbrighters placed at universities, and I was at a college?!” Later, I realized that I was utterly ignorant about the way U.S. colleges and universities are designated; in Iraq, college generally means a university-level school but not a university.

I confidently thought that I was fully acquainted with American culture prior to my travel to Albany, New York, and starting classes at Saint Rose, and thought that life would be easy and smooth.

However, I was wrong!

As I arrived and started at the College, I realized that there were so many things that I needed to learn, and quickly got a new conception of America and its people, in addition to having to work to keep a minimum of a B grade point average through all my graduate classes.

I really have so many good memories at Saint Rose, but I would like to tell about just a kind of funny one here.

Because I missed my connecting flight from Chicago to Albany in August 2007 – time at immigration upon arrival – I was held there for about five hours before I was allowed to exit the airport. I had to travel to Albany the next day. When I arrived, I found no one to receive me, which was a surprise as my Saint Rose foreign student advisor had told me that there would be someone to receive me at the airport!

So, I had to get a cab to take me to the College campus. An officer came from the College’s security office to help me since I used one of the blue intercom poles around the campus to ask for help. She told me that they had waited for a foreign student for few hours at the airport the night before but the student didn’t show up! I had no idea that she was talking about me!

Further, I am still in touch with several Saint Rose classmates, professors, and friends that I made at Saint Rose and through the Fulbright Program, and we continuously communicate through Facebook, Instagram, and LinkedIn. Since graduation in May 2009, I was able to return only once to Saint Rose in November 2015 and met a few classmates and teachers.