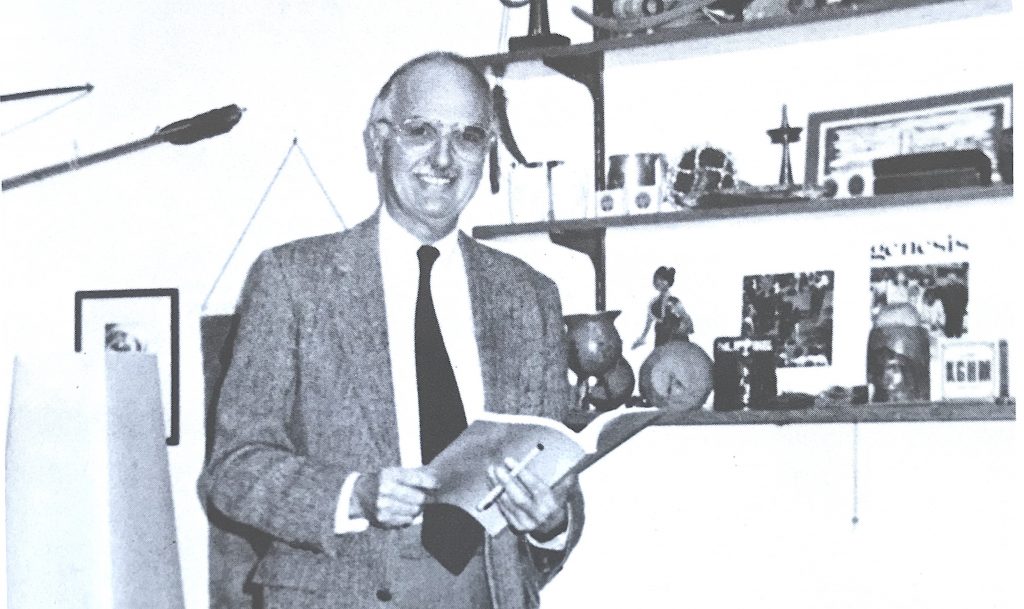 During his tenure, enrollment rose 53%, graduate enrollment rose 100%, full- and part-time faculty rose 35%, the student body included students from over 30 countries around the world, and the Science Center and Music Center opened.

Part of Vaccaro’s strategy for increasing male enrollment involved a new focus on expanding Saint Rose’s athletic program and ramping it up to NCAA status. An energetic and thoughtful fundraiser, Vaccaro said he enjoyed the challenge of helping Saint Rose raise its profile, renovate its distressed properties, and strengthen its financial standing.

A multifaceted lifelong learner and self-starter, Vaccaro authored eight books and multitudinous articles, earned two master’s degrees and a doctorate while raising a young family. A U.S. Air Force veteran of the Korean Conflict era, Vaccaro earned his bachelor’s at the University of Southern California on the GI Bill.

During his time at Saint Rose, the native Californian enthusiastically became a wholehearted part of the Capital Region community. In addition to chairing the Hudson Mohawk Association of Colleges and Universities, Vaccaro became a board member of the Albany-Tula Alliance, the Empire State Institute of the Performing Arts, the Albany Symphony Orchestra, and the City of Albany Bicentennial Commission.

A longtime administrator in higher education even before coming to Saint Rose, Vaccaro had been an administrator at Marquette University (Milwaukee, Wisconsin) and the University of Portland, Oregon, as well as president of Siena Heights College (Michigan), Colby-Sawyer College (New Hampshire), and Maycrest College (Iowa).

Vaccaro received several awards and honors, including honorary degrees from Vermont College of Norwich University and St. Martin’s College (Olympia, Washington). He was named Honorary Distinguished Professor of Dalian Normal University in China in 1996, and Honorary President of Aurora College in Shanghai, China, in 2006.

A steadfast believer that the best learning happens when a school gathers students from all over the world, Vaccaro spent many years traveling abroad to work with international students. He served as the senior advisor for the Office of International Affairs at the University of Science and Technology in Hefei, China.

In 2011, the Saint Rose Chronicle asked Vaccaro to describe his winning formula. A great institution for higher learning, he said, is based on two elements: “The best faculty and the best, most promising students.”

To that formula, one might add a final crucial element: the best leadership.