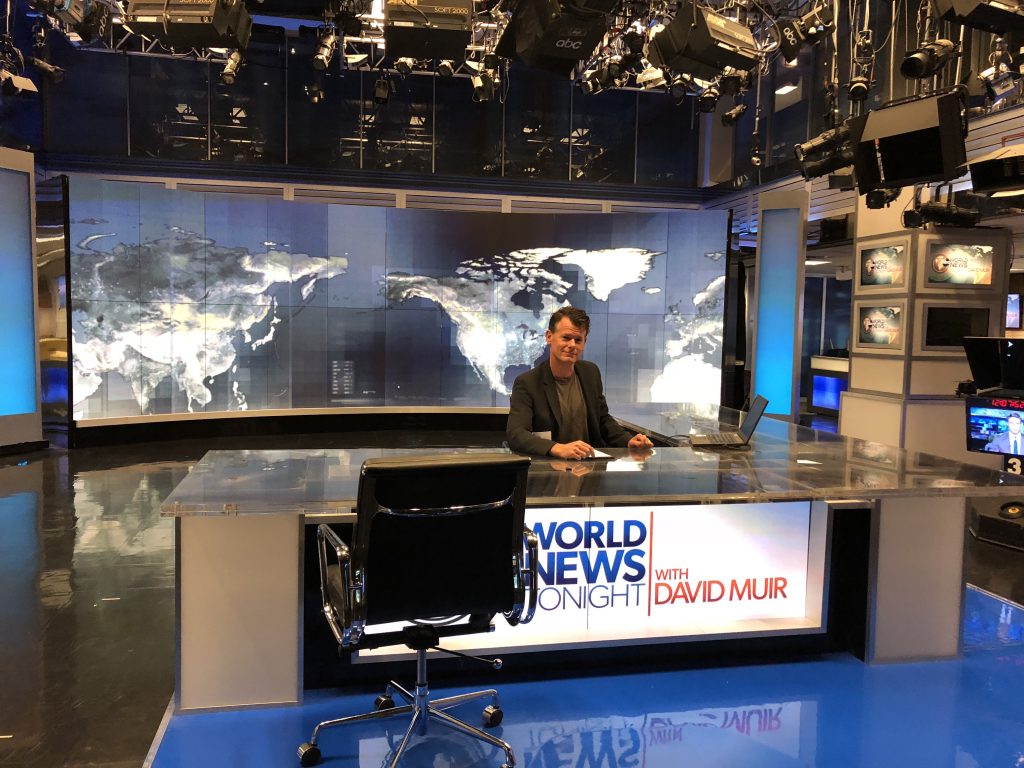 Michael Vamosy ’93 on the set of ABC NEWS

Michael Vamosy ’93 remembers one special day in a silk-screen class with the late, great Karene Faul. The students had hung their pieces on the wall and were critiquing each others’ work.

“I knew my piece was pretty good, but needed another 10 to 15 hours of work to bring it to where I wanted it to be,” says Vamosy.

But he did such a convincing job of presenting his work that everyone in the room agreed it was by far the best piece.

Faul pulled him aside and said, “I want you to know you’re getting an A. Your quality of work was a B. You know it, and I know it. But you sold it. You made everyone in the room feel that it was the best piece of art they’ve ever seen.”

“Presentation is a big part of life – how you talk about yourself and your work and get others to buy into what you’re doing,” Vamosy says. “It’s also important to know that there are people out there who are smart enough to see through your BS. I appreciated the way Karene pulled me aside to tell me that.”

When he arrived in Los Angeles shortly after graduating, he had nothing but his portfolio and $300. But that confidence in his creative vision, plus skills honed over many, many hours in the studio, have served Vamosy well as he’s forged a stellar career in branding and advertising.

Most recently, he cofounded a new agency, FATHOM, and teamed up with research and analytics firm of SmithGeiger to produce data-driven creative and branding. He’s won numerous CLIO awards, helped launch landmark network shows like FX’s “The Shield,” “Nip/Tuck,” and “Rescue Me.” He launched “GLEE” at FOX and created “L-for LOSER” and revamped “American Idol.” He launched “Outlander,” “Black Sails,” “Power,” and “Da Vinci’s Demons” while at Starz.

Vamosy led the rebranding and marketing efforts for Beyond Meat, leading up to their historical IPO, and won an Emmy for “The Jeopardy All-Star Campaign” and a recent nomination for the launch campaign for the Drew Barrymore show. He also created a music video for Barbra Streisand. FATHOM Recently rebranded “America’s Most Wanted,” The Black News Channel, and completed a campaign for Showtime and several pieces for ABC NEWS.

“I’ve gone into some pretty big meetings and worked on large-scale projects with huge celebrities and high-profile executives,” says Vamosy. “I’m able to talk to them about the process, our vision for their project, and my plan to take their creative and brand to the next level.

“And it all started at Saint Rose.” 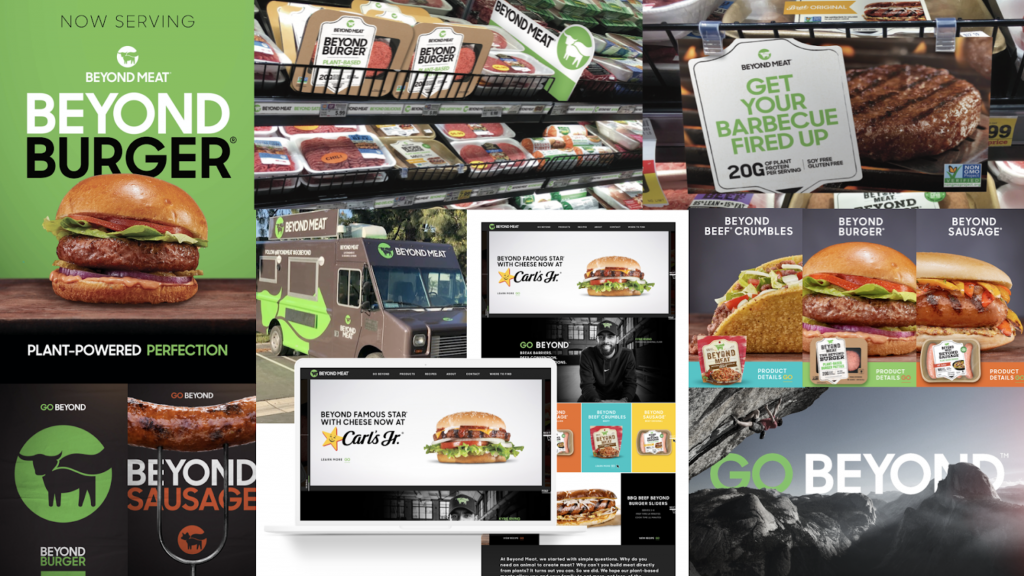 Creative for Beyond Burger was one of the many high-profile projects Vamosy has undertaken.

As a high schooler, the Syracuse native was considering many different college options, including a scholarship offer from the Kansas City Art Institute.

“I kept weighing my options: Do I want to go somewhere for just art, or a more rounded experience?” he says. “I wasn’t the best student, and I knew there were schools I could get lost in. I knew I needed someone to keep an eye on me.”

When he met Faul, he knew he’d found a home. “There was something about her, the way that I felt when I walked into Saint Rose that I knew I would be taken care of,” Vamosy says. “Not coddled. Helped and forced to think and do for myself.”

He liked that the College had the courage to hire strong women.

“My mother is an amazing person, and I’ve always surrounded myself with strong women. When I met Karene, I felt this was a place where I could be – full of amazing people who worked together to look out for people like me.”

Vamosy’s other mentors were Kris Herrick and Jessica Loy. “I learned a lot about every aspect of design from Kris,” says Vamosy. “She was tough, really tough, but caring. The caring side came out when she knew you were committed – then she would meet you half way. 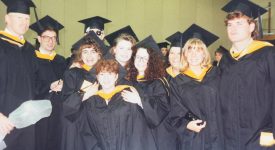 Exponential growth in skills and artistry, plus a broader college experience

The faculty challenged him to push himself and not take his talent for granted.

“With the more work and effort I put into my art, I could see growth happening,” he says. “Although that’s true for any college student, when you’re in an art program, the growth is exponential.”

Take the process of still-life drawing.

He’d work on his drawings 10 to 12 hours a day on the weekend, while his non-art classmates were relaxing.

“You realize that that hard work and dedication really prepares you for the metamorphosis – going from being a high schooler to the professional world,” he adds. “At Saint Rose, if you had the dedication to stick it out, that’s when you started to see the true rewards pay off.”

“Saint Rose was a great place for the metamorphosis of somebody interested in art, to come out the other side with all the skills needed to jump into the very competitive market of design and advertising,” he says. “Saint Rose gave me not only a solid skill set for creative, but a wider college experience.”

“It really helps that we went through the same program,” says Vamosy. “Saint Rose prepared us for the kind of thinking that our high-demand clients require. There is a foundation to the design, an approach to the visual; he and I understand where the other is coming from, because we both went through the strict design program.”

He’s glad to connect with other alums, too.

“When we regroup, it all comes back – that sense of place that helped make us all who we are today,” Vamosy says.

“Going through college is a big, transformative part of anyone’s life, even though at the time you may not realize that the things you learn and the connections you make will push you forward for the rest of your life.”

While sad that his design program was recently cut, Vamosy has faith in his alma mater’s resilience and takes heart in seeing Saint Rose reach its centennial year.

“When I’d walk through the halls, I felt like it had always been there,” he says. “Now, seeing it turn 100, it seems like it’s always going to be there. It has that iconic staying power. It’s something that’s bigger than you, but it’s a part of you. It stays with you always, no matter where you go.”