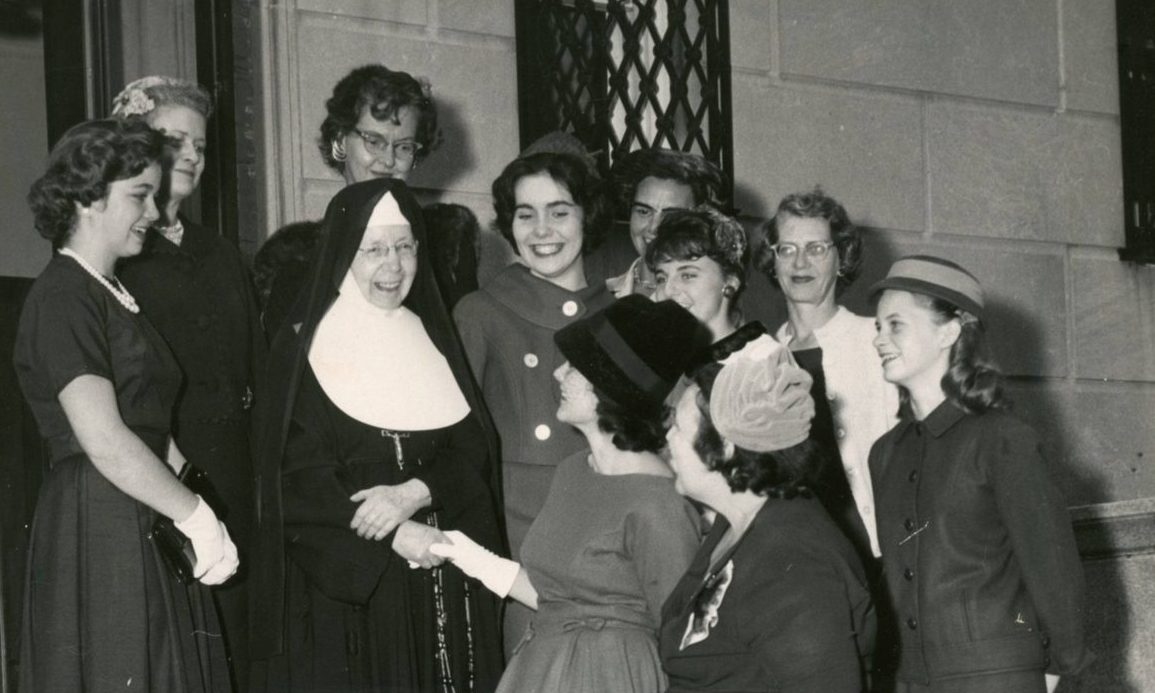 Sister Rose of Lima Dolan (who was later known as Mother Rose of Lima) was one of the founding sisters of The College of Saint Rose. Nearly 30 years after Saint Rose opened its doors in Albany, Dolan was named its second president and made instrumental decisions that had a lasting impact.

Dolan entered the order of the Sisters of St. Joseph of Carondelet in 1895. Before serving the College, she taught at various schools around the Capital Region.

Dolan taught Latin and Greek and was named academic dean at Saint Rose before assuming the role of president in 1939. Under her leadership, Dolan established a graduate division of the College — the first Catholic women’s institution authorized to grant advanced degrees by the New York State Board of Regents. Additionally, she welcomed students from Latin America, Europe, and Asia for the first time. Addressing the needs of the times, Dolan established a department of elementary education to meet a shortage of teachers. She retired as president in 1953 due to poor eyesight.

She became President Emeritus and Superior of the Sisters of St. Joseph of Carondelet and remained a member of the Saint Rose Board of Trustees until her death on April 1, 1962.

The alumni association named a four-year full-tuition scholarship to honor Mother Rose of Lima. Dolan Hall is named in her memory.