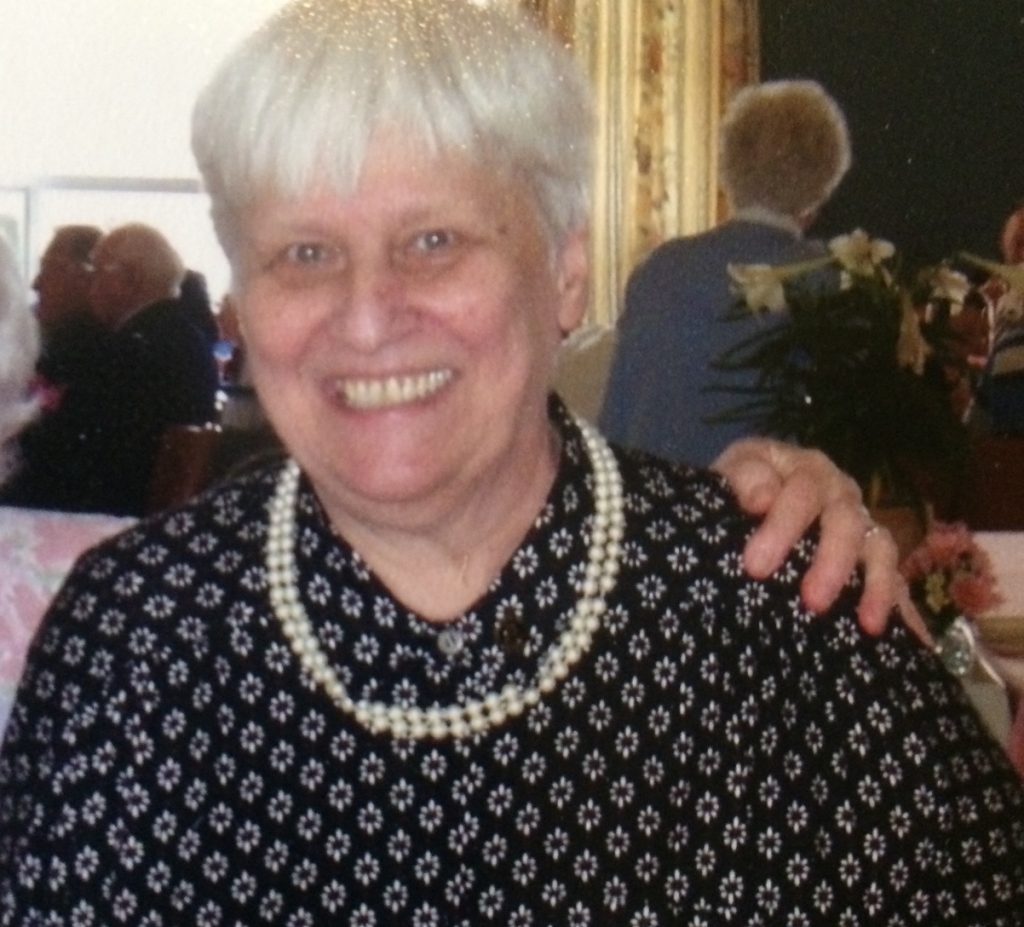 “Sister Tess is a force of nature!” With these words, Dr. Michelle Joseph Looney ’91 speaks for everyone who encountered Sister Theresa Wysolmerski at Saint Rose from the 1960s into the 2000s.

Dr. Looney, a veterinarian, says Sister Tess “turned my life around; she saw something in me, some potential.” Many former students, in fact, credit Sister Tess with nudging them to take courses outside their interest or comfort levels, to explore broader career choices, to apply to graduate schools they had never considered. “She was ahead of the times in being so open and accepting of every person,” Dr. Looney explains.

Perhaps the clearest expression of her former students’ gratitude is their establishment of the Sister Theresa Wysolmerski Scholarship for the biological sciences at Saint Rose.

“I loved teaching and learning in an atmosphere of collegiality and integrity; always questioning, learning, sharing, witnessing,” states Sister Tess, who is retired and living at the Provincial House. “I felt that because these students came to Saint Rose, I had an honest responsibility to help each of them become the best prepared professional scientist, citizen, person in God’s world.”

A professor at both the undergraduate and graduate levels, she eventually taught every biology course at the College, introduced ecology courses, and helped set up the medical technology and cytotechnology programs. Also, she initiated student research internships throughout the Capital Region. In the 1970s, Sister Tess established the Saint Rose Chapter of the American Institute of Biological Sciences to provide an annual lecture series on campus and an opportunity for Saint Rose students to present their research papers at national conferences.

But her impact at Saint Rose spread far beyond the classroom and academics. A firm believer in the “community” aspect of the college, she became fully engaged in campus life. She was an active “house mother” to the resident students living in the dorms to which she was assigned. Ever proud of her Polish roots, she pushed to have a Polish heritage program presented on campus, which evolved into an annual series of diverse cultural heritage events. She also served as faculty advisor to the student government and faculty representative to the Alumni Association Board of Directors.

Along with her colleague and friend, Sister Agnes Rose Burton, “the nuns” became fixtures at almost every athletic event. They were not only loyal and vocal fans, but contributors to the student-athletes’ personal and professional growth. One relaxing home-cooked dinner for the men’s basketball team during a 1980s Christmas break grew into the playful “Father Time Party” (one each for the men’s and women’s teams), an annual tradition for over 20 years. In 2012, Sister Tess and Sister Agnes’s staunch support was recognized with their induction into the Saint Rose Athletics Hall of Fame.