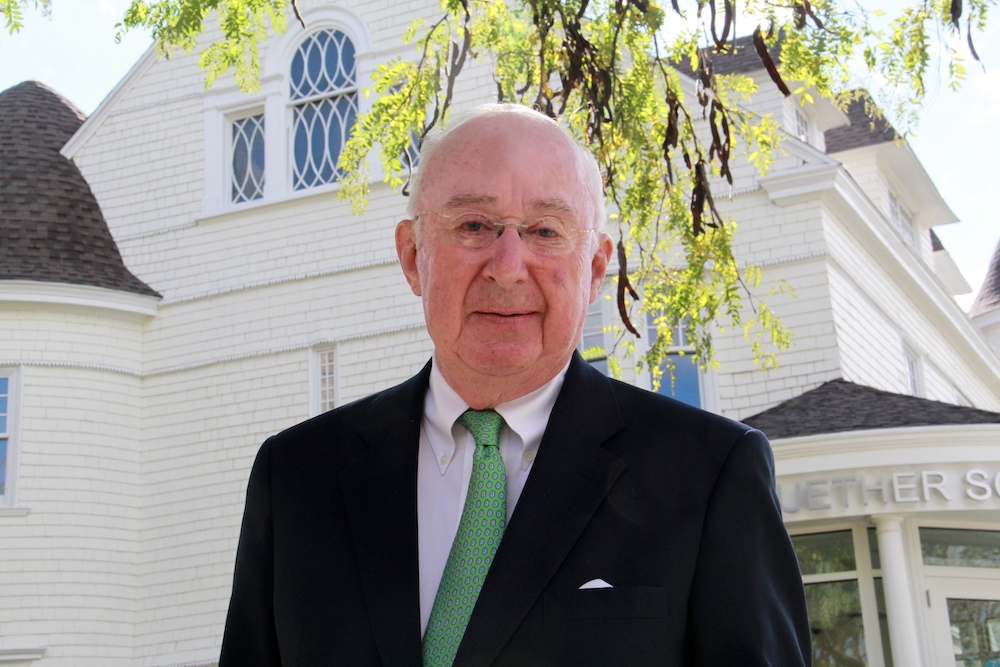 By 2012, enrollment in Saint Rose business programs was up. A combined undergraduate- and graduate-level accounting degree had been introduced, along with an honors internship allowing students to compete for opportunities at leading companies. The Saint Rose MBA was gaining ground as students saw the benefits of small class sizes and internship opportunities.

But there was no dedicated home for faculty to collaborate in; or formal space for business forums and networking events.

Richard Huether, a longtime General Electric executive and Saint Rose trustee who mentored business students, thought it was time for the school of business to look and feel like a school of business. He followed up with the financial gift in 2012 that catapulted the campaign for what is now the Huether School of Business.

In the nearly decade since it opened in a remodeled former convent along Madison Avenue, the Huether School building has helped elevate and strengthen Saint Rose business education.

Light and spacious, the school retains the three-part stained glass, cupola, and historic staircase associated with the College’s heritage, along with the seminar rooms, field placement office, and the technology needed to prepare leaders in management, finance, accounting, sales, and marketing fields.

It was the move toward the future Huether envisioned.

“Imagine a place in which students learn that combining brainpower is actually more efficient, where ‘work’ does not have to involve sitting alone in a cubicle, and that the ability to organize a team, create an idea, and present it quickly will make the difference in landing that first job,” he said as the building was remodeled and doubled in size. “That is our vision for the Huether School of Business.”

A Schenectady native, Huether graduated from Christian Brothers Academy and the University of Notre Dame. He worked for General Electric for 34 years in various areas of marketing and wrote articles and addressed international conferences on the field. Later, he spent 25 years as a lecturer at the Notre Dame School of Business Administration, teaching undergraduate and graduate courses in marketing and management. Among his many community commitments, Huether served on the Saint Rose Board from 1998 to July 2014, serving during his tenure on the executive and development committees and as chair of the campus life committee.

But even before there was a Huether School of Business, Huether made an impact by helping business students shape their plans and benefit from what he learned along the way. As a member of the board of trustees’ student affairs committee, he met with members of Student Association (SA).

“I always felt as if I learned something that couldn’t be taught in a classroom,” said former SA President, Schuyler Bull, ‘10, G’10, who is now vice president of marketing for Pioneer Bank and owner of Fort Orange General Store in downtown Albany. “He made each person feel as though they had contributed something immeasurable to the success of Saint Rose, when in fact it was he who humbly gave so much.”