If it hadn’t been for an eye-opening experience in an elective first-year class, Waheera Mardah ’16 might have followed a very different career path. But a light bulb snapped on in that early history class, “American Cities.” Now, as she builds community projects and relationships at the New York City Economic Development Corporation, Mardah’s light is burning ever brighter. 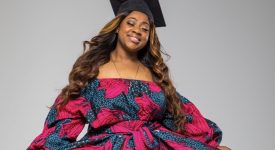 Waheera Mardah was inspired into her career by the time she spent in her Saint Rose classroom. (Photo courtesy of Waheera Mardah)

As a new student at Saint Rose, Waheera Mardah ’16 planned to major in biology and become a doctor.

Or something. “My understanding of successful professions was limited to math and science,” she says.

The problem? She intensely disliked math and science. “I am not even good at these things!” she says. “But I had a very narrow view of what career success looked like.”

She had enrolled in a new program, American Cities, coordinated by history professor Risa Faussette. Focusing on urban history and policy, the program invited students to examine cities through the lenses of history, literature, philosophy, political science, and sociology.

A light bulb went on.

She declared her major in history and political science, and dove into coursework with Faussette, Angela Ledford, and Ryane Straus.

Now, Mardah exercises her passion for urban policy and development every day. As a senior project manager for the Bronx and upper Manhattan at New York City’s Economic Development Corporation (EDC), she helps ensure that community projects truly address the desires and needs of people in the community.

She acts as liaison between elected community officials and the EDC to advance agency projects, making sure community priorities are considered and integrated. “A lot of what I do is think of creative ways to engage communities – how can we get more folks to come out and have their voices heard, really participate?”

A recent example is the design of a 2.3-acre park in the Bronx. “We’ve been talking with the community about what they want their park to look like: activities, programming, active versus passive space,” says Mardah.

To improve people’s engagement beyond traditional community meetings, her team reached out digitally, creating an online survey publicized via social media and fliers. The approach has yielded good qualitative and quantitative data about what people want in their park, and helped ensure solid, diverse representation across the community.

“We’ve been able to put together a conceptual design based on in-person and online feedback, and we’re super excited to present it to the community.”

“What that looks like really depends on the community,” says Mardah. “Where we’re creating the park, we’re also significantly upgrading the infrastructure, so that when the development comes, the community is ready and accommodated.”

“We have really cool programmatic initiatives, like investing in cyber and life sciences – creating physical spaces for these entities to thrive,” says Mardah. “We also work on pipelines, partnering with our city universities to be sure we’re really tapping into the city’s talent pool, connecting into quickly growing industries like cyber and life sciences, and creating resource hubs.” 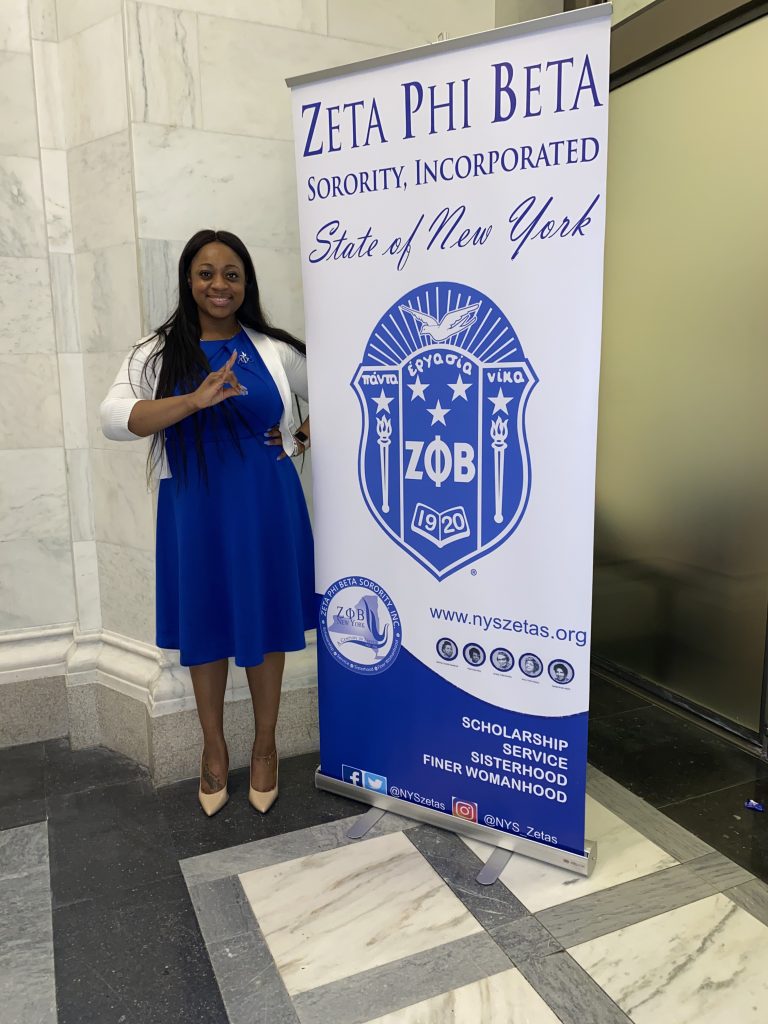 Ever since discovering her calling, Mardah has been involved with government. At Saint Rose, she interned with lobbyist Statewide Public Affairs, and in her senior year, became their director of legislation.

“I knew I wanted the city to be my playground for my graduate education and case study,” she says.

She worked first as community liaison for city comptroller Stringer, then as district office manager for Assemblymember Latoya Joyner.

She began her MPA at New York University, interning at the EDC during her first summer.

“The agency was trying to change the way they viewed engagement with the community and ensure we were moving the needle on economic diversity across the city,” says Mardah.

She worked on the community-engagement framework and worked with the vice president of strategic engagement, together road-showing their report through the agency.

When the internship ended, EDC hired Mardah as director of government-community relations for southwest Queens. After she finished her MPA in 2019, EDC hired her in her current capacity for the Bronx and upper Manhattan.

“I’m learning so much about planning, real estate, international markets – EDC has their hand in so many things.” 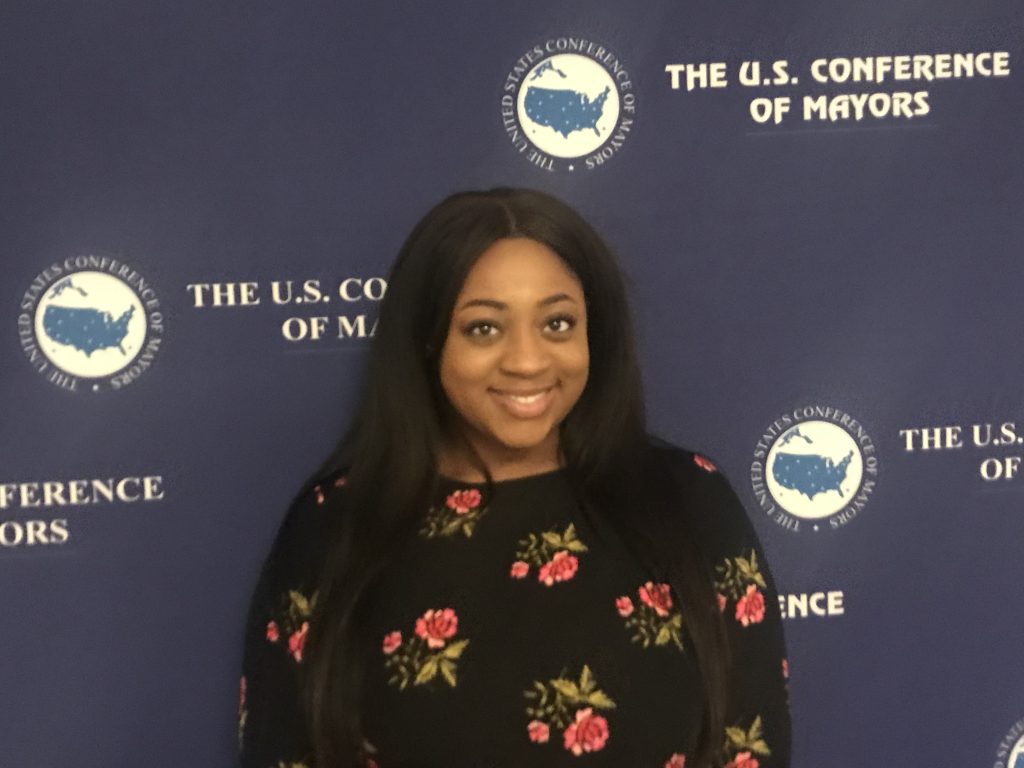 Mardah has much affection for Saint Rose, where she ended up through a circuitous path. As a prospect, she visited her dream university in Washington, D.C., but had a rude awakening.

Since she liked Albany, her father suggested visiting Saint Rose.

“I remember waiting for my tour guide, and seeing a screen that said, ‘Welcome, Waheera!’” she says. “I said, ‘What? They actually know I’m here, they care, and they took the time to make me feel special!”

That welcome continued when she started as a new student.

“I didn’t have time to be sad about moving away from home,” she says. “I remember talking on the phone with my mom, who was crying, ‘I miss you,’ and I said, ‘I’m fine!’”

Having arrived early for Pathways, she spent three days getting acquainted with older students, then greeting first-year students.

“Classes had started, students had moved in, and some of us were already making plans to watch shows together.”

During her time at Saint Rose, Mardah found many opportunities to work on diversity initiatives.

“I’d like to think that a lot of that work we did has helped increase the number of students of color at Saint Rose,” she says. “We really pushed to make sure our voices were heard and that the programming we were interested in would be implemented.

“I look at Saint Rose now, and there are so many students of color from the city,” she adds. “They’re on the step team we created, the black student union, it’s amazing. And they’re having a great time.”