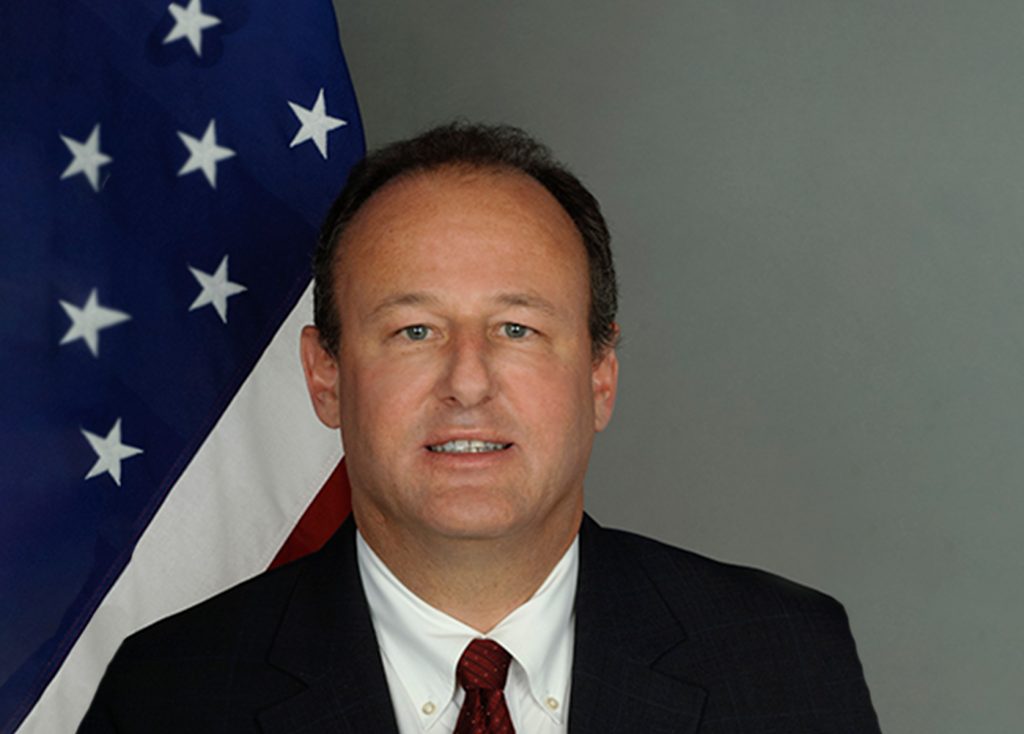 U.S. Ambassador Eric Rubin, president of the American Foreign Service Association, will serve as the commencement speaker for The College of Saint Rose. The 97th annual commencement ceremony will take place May 9 at 10 a.m. at the Times Union Center. Ambassador Rubin will also be awarded an honorary Doctor of Humane Letters from the College.

Ambassador Rubin became president of the American Foreign Service Association (AFSA), which serves as the professional association and exclusive representative for the U.S. Foreign Service, after his post as U.S. Ambassador to Bulgaria from 2016 to 2019.

“Global connectedness is an important theme at Saint Rose, and we are incredibly honored to have Ambassador Eric Rubin, a lifelong diplomat and advocate for the profession, speak to our graduates,” said Saint Rose President Carolyn J. Stefanco, who first got to know Ambassador Rubin through her work as the Board Chair of the American University of Bulgaria. “Ambassador Rubin has spent his career navigating cultural differences throughout the world in the name of diplomacy. In an increasingly global society, we hope that our Saint Rose graduates will make cultural understanding part of their careers in whatever path they choose.”

After graduating from Yale with a bachelor’s degree in history, Ambassador Rubin joined the Foreign Service in 1985, serving as a political and human rights officer in Honduras for three years before he was assigned to the State Department’s Operations Center. From 1989 to 1991, he worked in the Office of Soviet Union Affairs, where he monitored and reported on the collapse of the Soviet Union before becoming the security affairs officer for Central and Eastern Europe. Ambassador Rubin has worked around the world, including as Deputy Political Counselor in Kiev, Ukraine, as Consul General in Chiang Mai, Thailand, and as Deputy Chief of Mission in Moscow.

In Washington, D.C., he served in a variety of roles, including in the European and Canadian Affairs, as Assistant White House Press Secretary for Foreign Affairs, and special assistant to Ambassador Thomas Pickering, who was the Under Secretary of State for Political Affairs at the time. Ambassador Rubin also worked as director of the Office of Policy Planning and Coordination in the Bureau of International Narcotics and Law Enforcement Affairs, as the executive assistant to R. Nicholas Burns, then Under Secretary of State for Political Affairs, and Deputy Assistant Secretary of State in the Bureau of European and Eurasian Affairs.

From 1999 to 2000, he took a short break from foreign service to teach as a Rusk Fellow at the Institute for the Study of Diplomacy at Georgetown University. In 1994, Ambassador Rubin received the AFSA’s William R. Rivkin Award for Constructive Dissent by Mid-Level Officers for his work on the Bosnia crisis. The award is given to those who have “exhibited extraordinary accomplishment involving initiative, integrity, intellectual courage and constructive dissent” and “recognizes individuals who have demonstrated the intellectual courage to challenge the system from within, to question the status quo and take a stand, no matter the sensitivity of the issue or the consequences of their actions.”

Today, as president of AFSA, he has advocated for the critical role of professional diplomats.

“Just as the United States needs experienced professional air traffic controllers, food inspectors, forest rangers, and FBI agents, it needs experienced career diplomats. That means us. America’s role in the world remains pivotal. Without U.S. leadership, almost everything will be worse. I believe that, sincerely.” Ambassador Rubin wrote in his October 2019 column in the association’s magazine, The Foreign Service Journal.