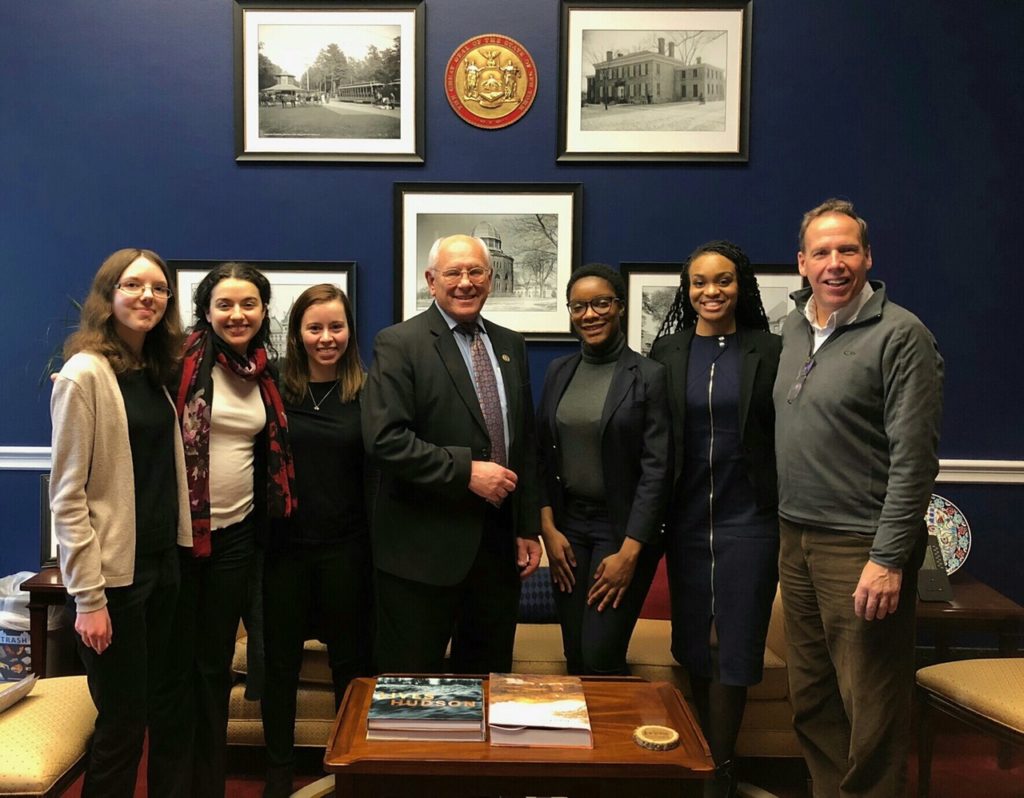 Several Saint Rose students who recently looked back on their service trip to Washington, D.C., were familiar with the inequities in American society before they went. They had spoken up before on behalf of the disenfranchised at regional and national demonstrations.

But they found nonetheless that poverty looked different than they’d imagined.

“It’s hard to find the words when you see the people who come for help,” said Marys Christie, a junior majoring in Political Science with a minor in Ethics. “You do a double take, because they look like your aunt or someone you know.”

She and several other students gathered with faculty and administrators recently to explore lessons from last month’s D.C. trip ­– the College’s 21st.

Joan Horgan, director of campus ministry at Saint Rose, said she started the trip, which has become a revered tradition, because she saw an opportunity for students to achieve a great deal in just one week. 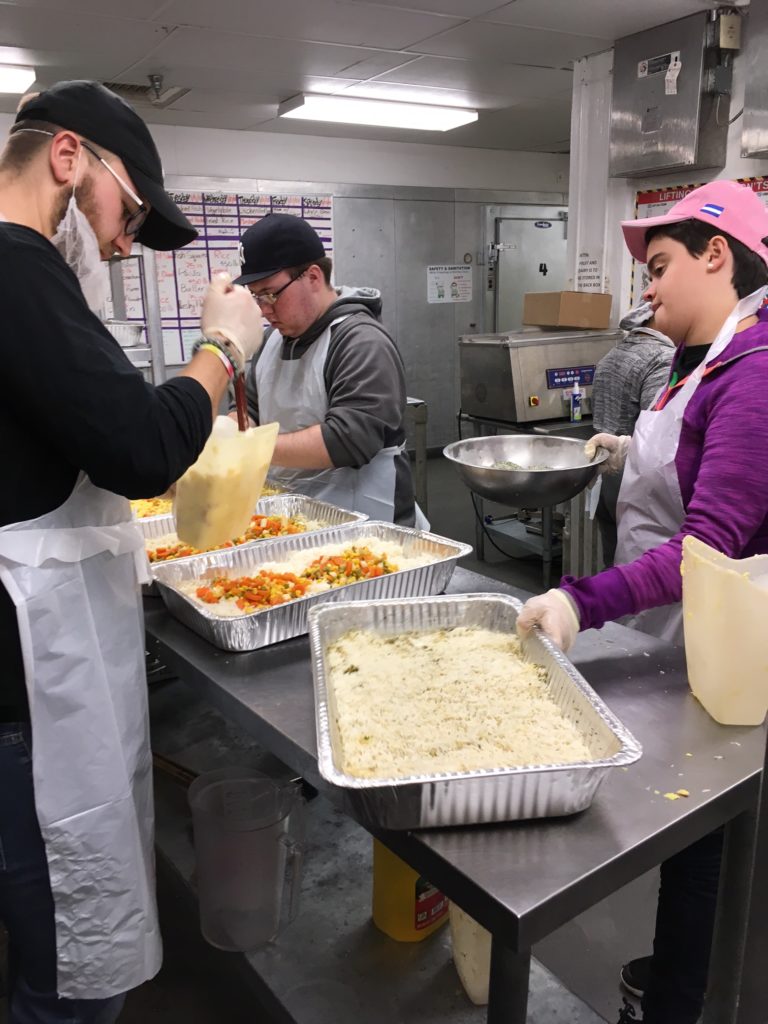 While in D.C. students served those who are homeless and living in poverty. One of their stops was D.C. Central Kitchen.

“I wanted them to have a powerful experience in service, education, and advocacy, where they would come back with an increased sense of empathy but also knowing how to be active citizens,” recalled Horgan, who has led every trip.

About 20 students, accompanied by administrators and faculty, spent the final week of winter break serving meals at several busy sites in the nation’s capital. They volunteered at agencies that assist the homeless, hungry, struggling working people, and those experiencing mental illness. In the afternoons, the student volunteers attended workshops that delve into the social problems underlying these communities. In the evenings, the group comes together to reflect.

And at the end of the week, the group visited members of Congress to press for specific measures. They met with members of the staffs of New York Senators Kirsten Gillibrand and Chuck Schumer. Others met directly with U.S. Rep. Paul Tonko, who represents the 20th district, which includes Albany.

“I talked to him about Saint Catherine’s (Center for Children,) and the homeless adults who are completely disconnected from services. I spoke to him about affordable housing,” said Christine Tompkins ’17, who is pursuing the College’s new Master of Science in Social Work. “He was real. He didn’t give us typical political answers. I felt heard.”

The participants said they were fortunate to bear witness to hunger and homelessness, learn about the causes and engage in advocacy in just one week. The experience, they said, also stands apart because of the setting.

“People have asked, ‘Why don’t you do this in Albany?’” said Ken Scott, the College’s director of community service, who has gone on the trip at least 10 times. “You have the White House in the backdrop. You have all these monuments and memorials that are supposed to be a testimonial to our greatness. It’s very jarring.”

A discussion after they returned to campus allowed students to share how they felt seeing so many people in need. They said they could see how an unemployed veteran might slip into homelessness if he or she doesn’t know where to turn for help. An individual under financial stress might wind up sleeping on friends’ couches.

“You see people who hold signs and wonder, ‘How did it get to this?” said Christie, describing two individuals she met. “For James, it was a crumbling marriage. He’s very quiet and became depressed. For Penny, it was early trauma.”

They also placed what they had seen into an academic framework. First-year student Marissa Scotti noted that homelessness was sparked in the 1970s when the government pulled back funds for affordable housing. Today, she said, people earning minimum wage are unable to afford decent housing. Other intrinsic barriers include voter suppression and gerrymandering.

“Charity isn’t enough to lift people out of poverty,” said Scotti, who is studying History/Political Science and English. “Advocacy and activism are also needed to change the institutions that perpetuate the suffering of the impoverished.”

Political Science Professor Angela Ledford agreed, but added that the vast inequities in those institutions are no accident.

“I don’t think the system is broken. The system is designed this way,” Ledford, a specialist in contemporary political theory, said during the post-trip discussion. “It produced the poverty and homelessness, and it’s not because we don’t have the resources. We have them.”

Offsetting the bleak picture is the resurgence of student activism Ledford said she sees.

“I have some of my most energizing and enlightening conversations about students’ concerns – and their dedication to change – while putting thousands of pieces of chicken tenders in the oven, or during the car rides (on service trips),” said Assistant Professor of Social Work Janet Acker, who assisted on her fourth Washington trip in January and said that the Washington trip remains a hallmark of the College’s commitment to its “dear neighbors,” even distant ones.

“Doing this gives you a different, more holistic, experience with students than you’ll get in the classroom,” Acker said.