With a voice reminiscent of Janis Joplin, Dana sings of heartbreak, loneliness, and hope 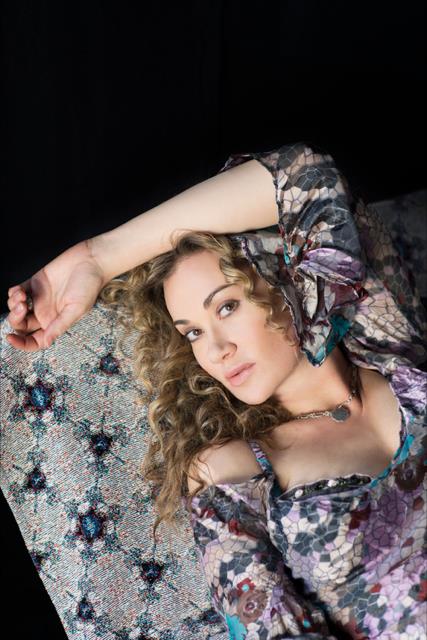 Her voice has been described as “juke-joint dirty and illicit, evoking Janis Joplin, Mick Jagger, and a cigarette butt bobbing in a glass of bourbon” (Classic Rock magazine). Millions fell in love with her as Sexy Sadie in the Beatles-inspired, Golden Globe-nominated film, “Across the Universe.”

Now Dana Fuchs brings her sultry voice, unique songwriting talent, and electrifying stage presence to The College of Saint Rose, singing of the loneliness, wanderlust, bliss, and fulfillment that resonate with us all. Like Sexy Sadie, Dana is a powerful blues singer, ultra-hip rocker, and Earth Mother, and she performs her own songs (with a few heartfelt covers), informed by her own experiences, personality, and life wisdom.

In Dana’s words: “I am always compelled to take the darkest parts of our paths with the hope of transforming them into a brighter moment that we can all share together.” Her music isn’t about electronics, overdubs, or slick production – it’s about her and her audience, with nothing but her notes between them.

Coming from a six-sibling, music-loving family from New Jersey that moved to Florida, Dana began singing in a gospel choir at the age of 12. She fell in love with the blues listening to her parents’ Ray Charles and Hank Williams records. She hit the road for New York City in the 1990s with nothing but a voice and a dream, not necessarily in that order.

In New York, Dana met Jon Diamond, an accomplished guitarist who had played with Joan Osborne. Together they formed the Dana Fuchs Band – which soon became known as one of the top live acts in blues. Dana’s throaty, raspy voice, soulful demeanor, and unmistakable talent soon landed her the lead role in the off-Broadway production, “Love, Janis.”

The band released its first album, “Lonely for A Lifetime,” in 2003. Dana headed for Hollywood to star in “Across the Universe” in 2007, followed by writing and performing on the soundtrack to “Sherrybaby” the next year.

Where: Massry Center for the Arts, The College of Saint Rose