Returning for HOME.COMING and Family Weekend this past September, Class of ’67 alumnae were thrilled at the changes they saw on campus, and fondly recalled their experiences as Saint Rose students: shopping in a pre-mall, pre-Empire State Plaza version of Albany; visiting their SUNY counterparts down the street; complying (or not) with an 8:30 p.m. weeknight curfew.

Some memories weren’t so fond. “I remember everyone gathering around the TV when Kennedy was assassinated,” said Susan Kopczynski ’67. “All of us camped out in front of the TV that whole weekend. I remember seeing Lee Harvey Oswald shot, right on TV.” 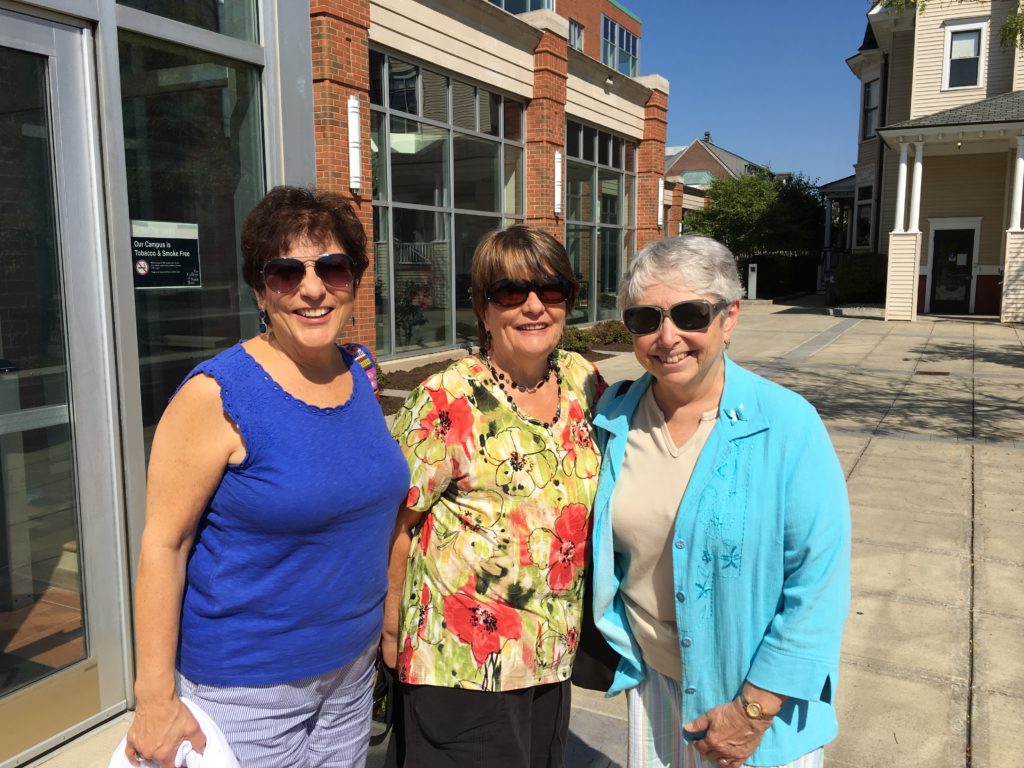 Linda Verni Williams, Maggie John Moffatt, and Eileen O’Malley Shirey are all members of the Class of ‘67.

Spending their formative years at Saint Rose during perhaps the biggest changes in our nation’s history, ’67 alumnae saw civil rights and women’s rights pushed to the fore, as well as the start of the Vietnam War. “I remember Dr. Lukacs talking about Vietnam and the problems with sending in more ‘advisors,’” said Carol Boivin, ’67, G ’72, G ’86. “He would say, ‘Mark my words, there’s going to be a war.’”

The ’67 Golden Roses saw other huge changes on their campus. “Vatican II (1962-65) took place and that relaxed the rules,” explained Eileen O’Malley Shirey ’67.

“In 1963, the campus was like a convent: We had to show up to Mass on Wednesday morning, in assigned seats,” said Linda Verni Williams ’67. The nuns wore full-length habits, but by 1967 were in street clothes. “I remember Sister Dorothy Flood didn’t know anything about what to wear, and I said, ‘Don’t do crepe, or you’ll be in big trouble,’” added Williams.

On top of her school work and learning to be a sister, Sister Janet Furman ’67 planned meals for the 100-plus postulants and novices of her convent at 741 Madison Avenue. “In addition to other things, I had to call and order half a cow to feed that many people,” she said.

Furman comes from a family of Saint Rose graduates, including mother Irene Jarek Furman ’35 and niece Deborah Umina Ungerer ‘10, G’13; nephew Anthony is considering earning his master’s degree at Saint Rose, as well. “I was able to go to the college of my dreams,” said Furman. “My mother talked so fondly about Saint Rose, and shared stories about the nuns and the classes.” “Whenever she went to a reunion and got together with people, it sparked her life; she was like a new person,” added Carol Umina, Furman’s sister. “She was normally a quiet person, but became Chatty Irene whenever she came back from a reunion.” 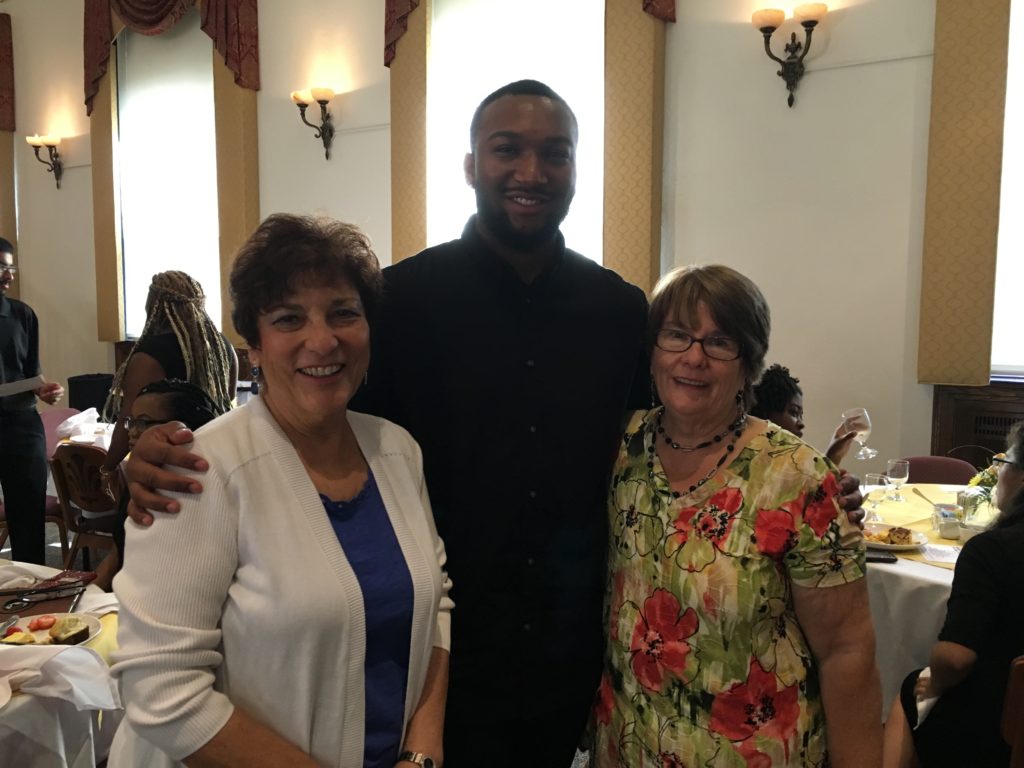 This homecoming was the first oppportunity in 50 years that Furman, now chaplain of St. John’s Regional Medical Center in Oxnard, Calif, had to connect with her secular classmates. “We’d trot back and forth to 741 Madison, and couldn’t talk to our classmates because we had the vow of silence,” said Furman. “I didn’t have the pleasure of being one of the girls. But I got to know my class at this reunion, and I love them!”

When they graduated in 1967, these Golden Roses fought to gain respect for women-professionals, operating in an environment where women were routinely accused of just wanting a “Mrs. Degree.” “In a public school where I worked, a male counselor told me, ‘Don’t make waves – why don’t you go home and bake some cookies?’” said Williams. “I said, ‘Why don’t you?’”

Maggie John Moffatt ’67, who earned a chemistry degree at Saint Rose, remembered the chauvinism in her male-dominated graduate classes at Union College. “In my probability class, the other students wouldn’t talk to me; I was a non-entity,” she said. Saint Rose had fully readied her and her classmates to excel on Day One. “After the first exam, the men were like, ‘Oh, she does know something.’ It was a whole attitude change.

“The fact was that I wasn’t there to make some kind of statement: I was there because I knew my stuff,” said Moffatt. “We were very prepared, even though the world didn’t want us to be prepared.”

In addition to the sexism, there was the racism. Shirey was teaching in an Illinois junior high school when Martin Luther King, Jr., was assassinated. “In the faculty lounge, I was shocked to hear our history teacher say that it was about time that someone took him out.’”

Shirey, who had come to Saint Rose from relatively conservative Fulton County, said she was tremendously impressed at seeing nuns and priests publicly protesting for civil rights equality. “That had a huge impact on me.”

“And we worked at Arbor Hill, we were a part of the community,” said Williams. “That gave that community to me for the rest of my life. They fostered that here.”