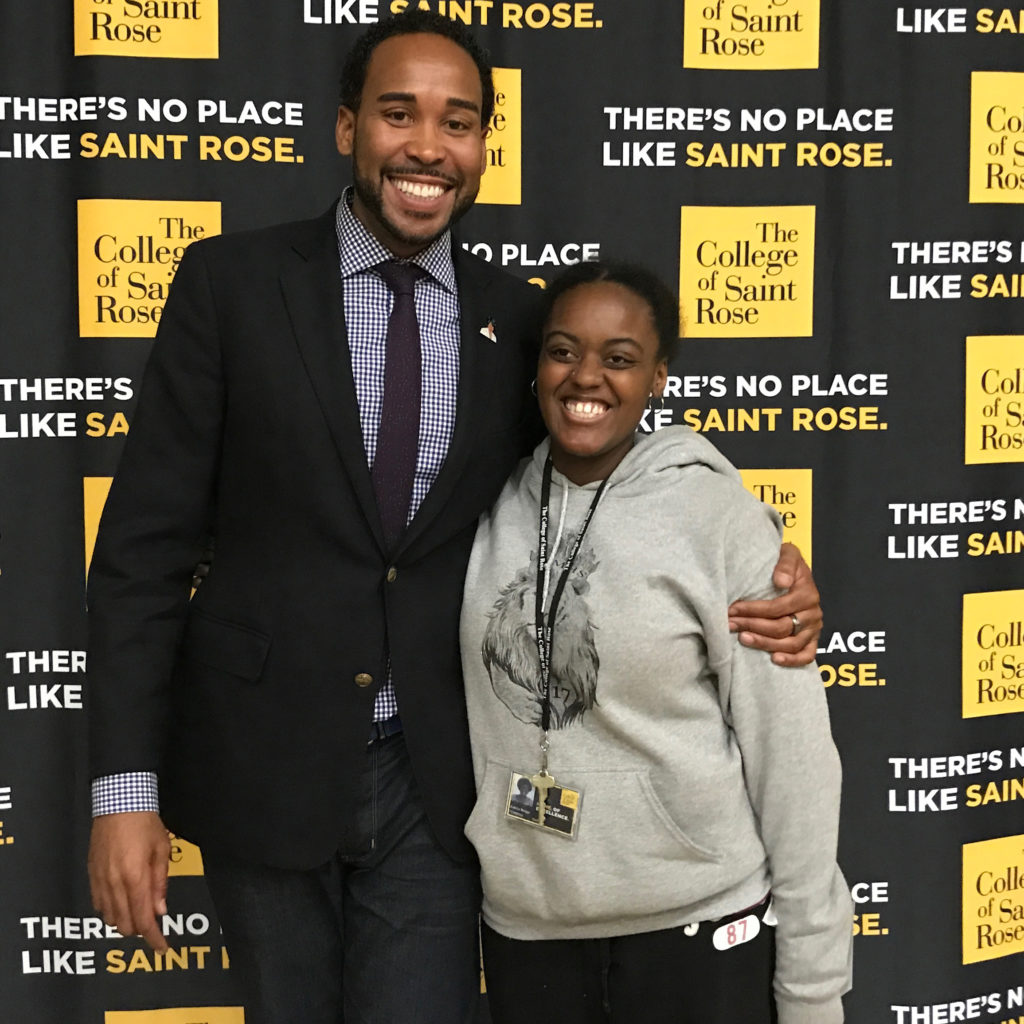 The time to be leaders is now, David Johns, Obama appointee to the U.S. Department of Education, told a crowd of Saint Rose students on Sunday night.

“Identify your passion and think critically about ways that you can leverage your passion to improve the lives of people around you,” said Johns, former executive director of the White House Initiative on Educational Excellence for African Americans, as he spoke to primarily first-year students who are part of the College’s Signature Leadership & Learning Experience. The experience is a new leadership development program for all first-year students. “We’re not talking about things that you can talk about for the next four years. We’re talking about things that you can do tomorrow.” 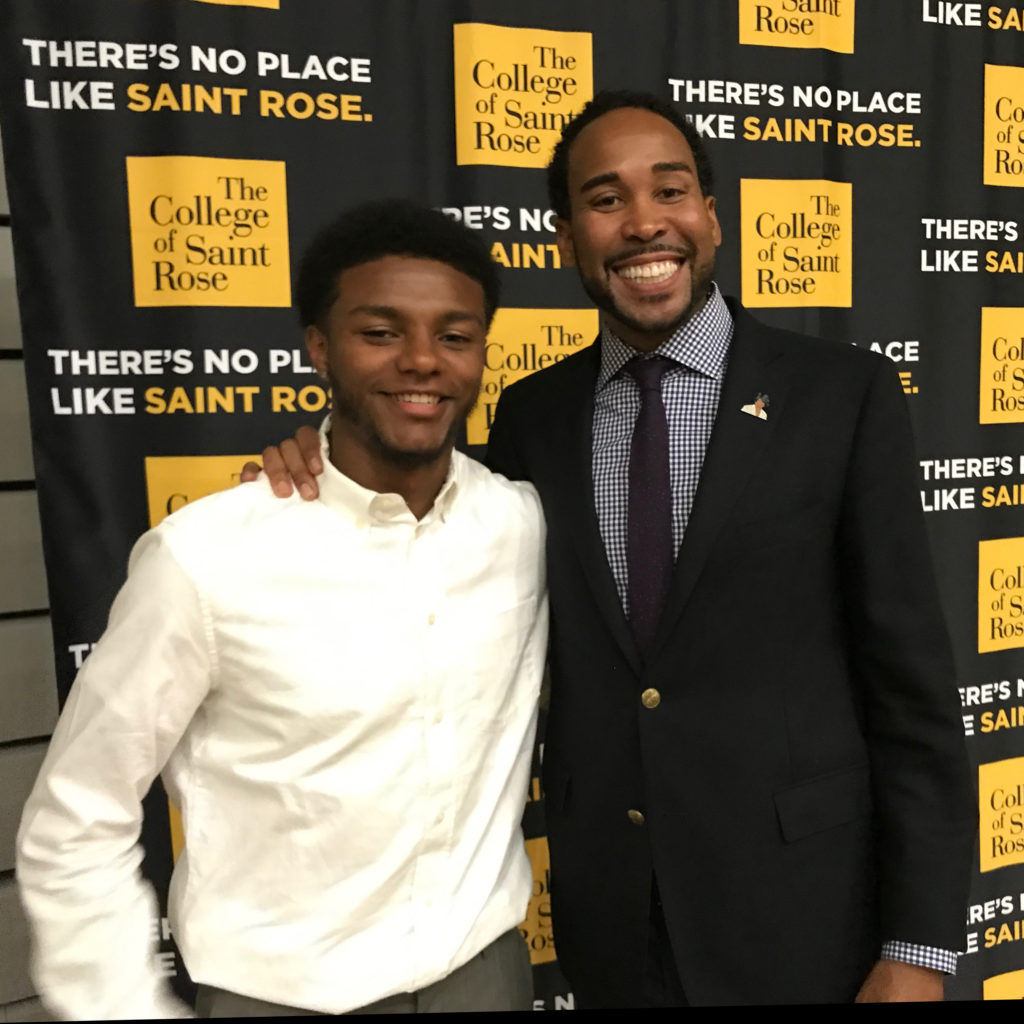 Johns holds multiple degrees from Columbia University and is now an adjunct professor at American University in Washington, D.C. Prior to his appointment with the initiative, he served as a senior education policy advisor to the Senate Committee on Health, Education, Labor and Pensions. A former kindergarten and third-grade teacher, he has worked on issues affecting low-income and minority students and neglected youth.

He was appointed by President Barack Obama in 2013 to lead the initiative to find evidence-based practices to improve educational outcomes for black students. To identify those practices, he disrupted the typical process for leading change: When tasked with consulting experts, he looked to students.

“This is about changing the way that we have conversations about young people,” he said.

Johns held summits throughout the United States where students sat front-and-center to share their thoughts on what they needed to thrive. The idea that came forward the most was the need to feel loved.

He said while working for the White House he looked to fill in the parts of the story that were not being told. He pointed to success stories: The “Three Doctors” – three African-American students from a low-income neighborhood in Newark, New Jersey who made a pact that they would go to college, then medical school, and become doctors (and did). Mikaila Ulmer, the 10-year-old who started a lemonade company using her grandmother’s flax-based recipe and became the youngest entrepreneur sold at Whole Foods. Moziah Bridges, the 15-year-old founder and CEO of Mo’s Bows, a bow-tie and pocket square company that is known to celebrities, who recently struck a licensing deal with the NBA. 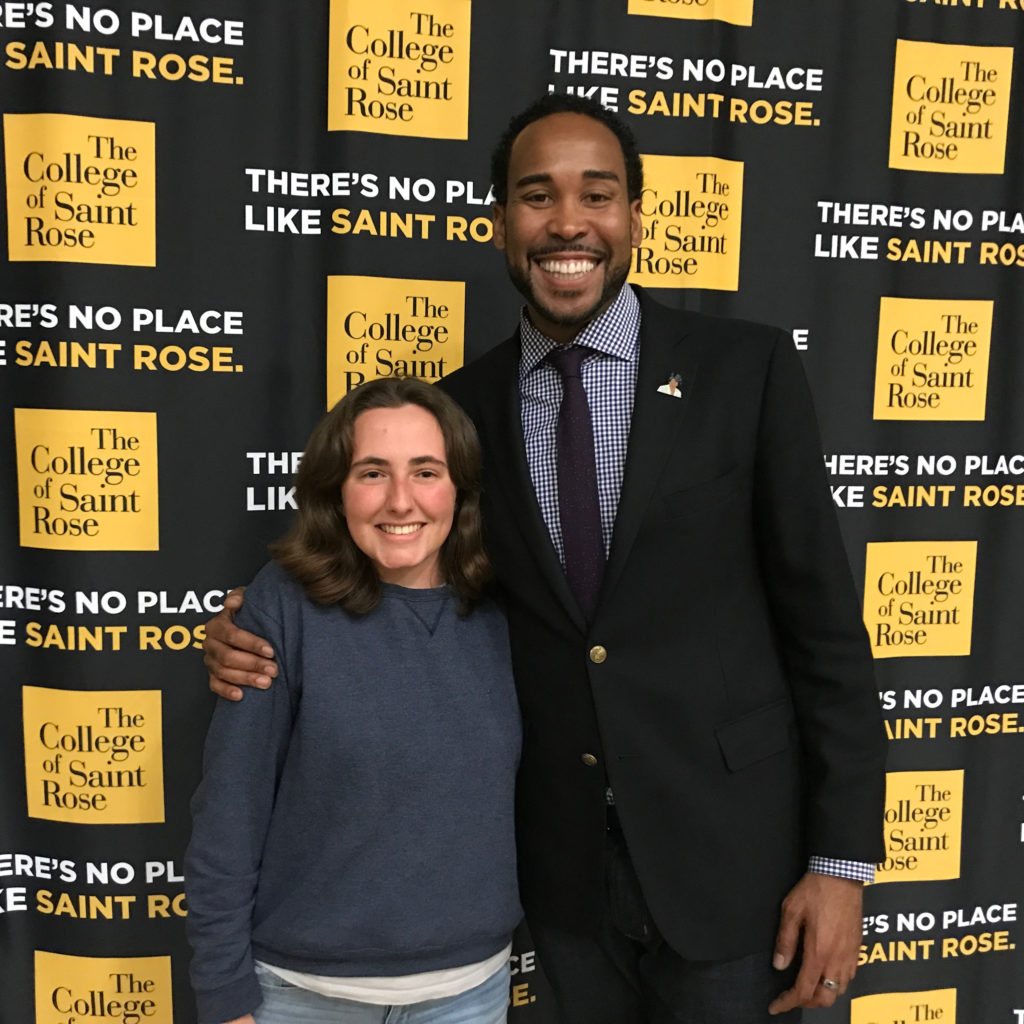 Bringing forward this part of the narrative challenged perceptions about communities and helped point everyone toward solutions.

“It was important for me to leverage my position in the White House to remind us that we all have an opportunity to lean in,” Johns said.

Johns encouraged Saint Rose students to lean in, too, using social media to fuel conversations about important issues and to run for positions of influence on campus. He said as much as they should look toward the cause they are passionate about, they should also be selfish, by taking classes that interest them, having experiences that stretch them, and making time for building personal relationships. It will allow them to be better at the passions they pursue.

“So much about leadership in action is about doing something with the privilege that you all have,” he said. “Take care of yourselves and each other. Each of you are going to go through some significant challenges, and you’ll be supported as you do that, but it’s really important that you not only support yourselves physically, emotionally … but that you support each other.”