ALBANY (February 17, 2017) — The College of Saint Rose presents “Release the Hounds,” a night of intrepid songwriting and acoustic innovation, featuring:

Aoife O’Donovan at center stage playing songs as she wrote them – with just her acoustic guitar and voice;

The concert will take place Friday, March 24, at 7:30 p.m. on the D’Arcy-Brady Stage in the Kathleen McManus Picotte Recital Hall, Massry Center for the Arts, 1002 Madison Ave., Albany, New York.

A presentation of Premiere Performances, tickets are $30 general, $20 students and on sale now at www.massrycenter.org. For concert and ticket information, contact the Massry Center ticket office at 518-337-4871 or concerts@strose.edu. 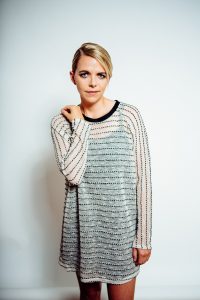 Aoife O’Donovan’s sophomore album, the 10-song In the Magic Hour, produced by Tucker Martine (The Decemberists, Neko Case), is full of the singer’s honeyed vocals mixed with gauzy, frictionless sounds – splashing cymbals, airy harmonies, the leisurely baritone musings of an electric guitar. Written in the wake of O’Donovan’s grandfather’s death, In the Magic Hour is her most introspective effort yet, an aching exploration of memory and mortality.

For a decade, O’Donovan wielded her instrument as the captivating lead singer of the Boston-based progressive string band Crooked Still. She was a featured vocalist on The Goat Rodeo Sessions, the GRAMMY®-winning album by Yo-Yo Ma, Stuart Duncan, Edgar Meyer and Chris Thile, has made regular appearances on A Prairie Home Companion and collaborated with some of the pre-eminent names in music across a wide variety of genres from Alison Krauss to Dave Douglas.

O’Donovan’s 2013 debut solo album Fossils is a moody collection of original songs with a country lilt. The album garnered praise from The New York Times and Rolling Stone, while The Guardian deemed O’Donovan the “next Americana celebrity.” Most recently, O’Donovan has lent her voice to the folk trio I’m With Her with singers Sara Watkins (Nickel Creek) and Sarah Jarosz. 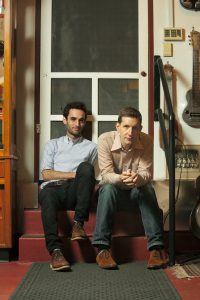 Avalon, the first full-length album from guitarists Julian Lage and Chris “Critter” Eldridge, is a vivid snapshot of this duo’s repertoire, circa 2014: a portrait of a burgeoning friendship between two virtuosic players; and, at its heart, a pristinely recorded love letter to the sound of the acoustic guitar.

The prodigious Lage has, literally since childhood, been highly regarded in jazz and new music circles for his own work as well as for his collaborations with such artists as Gary Burton, Nels Cline, Fred Hersch and Jim Hall, among many others. Eldridge is equally noted in the progressive bluegrass world for his stints with the Seldom Scene and the Infamous Stringdusters, which led to his joining Chris Thile’s adventurous, GRAMMY®-nominated quintet, Punch Brothers. It was backstage after a Boston Punch Brothers gig that Eldridge met Lage, who’d come at the urging of Béla Fleck to meet with Chris Thile about a recording date.

After three years of texting, talking and jamming, the New York City-based pair decided to venture on stage together, with a gig at the small Brooklyn club Barbès. But their duo project didn’t take off in earnest until they self-released a four-song EP, Close to Picture, in 2013. They were venturing into uncharted territory, beyond genre, reaching for a language of their own through the on-the-spot interplay of their guitars. Said Eldridge, “The whole point was to explore sounds and textures that are uniquely possible on a flat-top steel-string guitar. Traditionally, these old Martin guitars, which are some of the most incredible instruments in the world, have been used for accompanying folk, bluegrass and country songs. There hasn’t been a lot of exploration of what they’re uniquely capable of, their particular rich tonal palate, what they have to offer to the world that other instruments don’t.”