November 21, 2016 — The 2016 Artist Management class at The College of Saint Rose is proud to present the sixth annual Artist Management Showcase featuring Callout Culture, Everything Bagel, Hasty Page and Miss This.

This free concert will be held Saturday, December 3, at 7:30 p.m. in Jack’s Place inside the William Randolph Hearst Center for Communications and Interactive Media, 996 Madison Ave., Albany, New York.

Bringing together the best talent from The College of Saint Rose, this year’s showcase spotlights a eclectic collection of bands spanning the musical spectrum from funk to indie prog, emo pop to alternative. 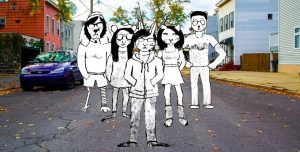 Created in March 2015 by Conor Grocki, Elena Karpoff and Katie Kierstead forming “The Trinity,” Callout Culture is a self-described ‘cartoon-pop’ band from Albany, New York. Influenced equally by music and television, Callout Culture plays catchy indie pop that draws heavily from the likes of Death Cab for Cutie, Radiohead and Sparklehorse. The band has been playing extensively through the Albany underground scene and has ventured around the tri-state area with great success riding the release of their 2016 dual EP Callout Culture Sucks (as well as twice yearly webcomic/zine Callout Culture). The band has been refining its live performance and has plans to release new music in 2017. 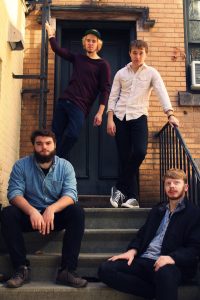 Ryan Jonuskis, Paul Reepmeyer, Russell Hanusik and Brad Monkell together are Everything Bagel. They like to approach music through wide-eyed spectacles, making music that is intricate, yet danceable. The band takes a lighthearted approach to complex music. A lot of their music contains influences from Steve Wilson, Dream Theater and Haken. With their unique sound traveling through Albany, Everything Bagel has performed at Pauly’s Hotel, The Lowbeat, Saint Joe’s and Jack’s Place at The College of Saint Rose, and The Vine House. Jonuskis says, “I love playing with these guys – they’re such pals, and no matter how serious the music is, you’ll nearly always find me bobbing my head with a big grin on my face, like a goof, behind the kit.” 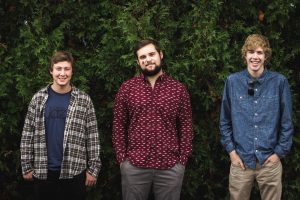 Josh Morris, James Paolano and Zane Agnew are local musicians who formed Hasty Page in October 2014. Influenced by John Mayer, Pearl Jam, The 1975, Catfish and Kings of Leon, the band performs alternative rock with deep meaningful lyrics. As Morris puts it, “We have a lot to say and aren’t afraid to say it.” The band has performed in the Albany area with acts such as Maybird, Wild Adriatic and Bad Mothers. In March 2016, the band released The Coming Of Age EP and recently finished recording a new album to be released in 2017. 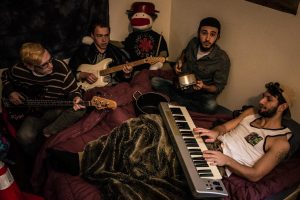 Disco beats and groovy basslines, funky guitar and abstract vocals, music lovers don’t want to Miss This. Coming from Albany, Miss This is a lively disco funk band that has performed all around the Capital District. Drawing inspiration from artists such as the Red Hot Chili Peppers and James Brown, Miss This came together in early 2015 to create a fusion of dance and funk music that will never fail to start the party. Vincent Ferry of the Odyssey stated that he was “hooked on their music” after he listened to their first released single “Money.” Releasing their debut EP, Hanky Panky, in November, Miss This will continue to expand their fan base throughout the New York and surrounding Northeast regions.