**Notice: This Event Is At Capacity And Closed To Additional RSVPs** 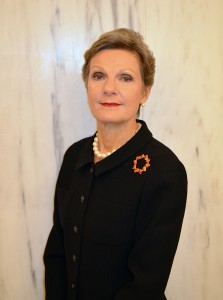 A distinguished panel of legal and media experts including Saint Rose alumna U.S. District Judge Loretta A. Preska and U.S. Attorney Preet Bharara will discuss this and other issues of ethics in government in the fourth annual Jurist in Residence program at The College of Saint Rose.

Preska will begin the evening with a review of decisions from U.S. Supreme Court cases that may impact recent rulings by the lower courts, such as the convictions of former state political leaders.

A panel discussion will follow Preska’s observations. Panelists will include Preska and:

Daniel P. Nolan, Saint Rose trustee and president and CEO of Hugh Johnson Advisors, will moderate the discussion, posing questions to the panel and taking questions from the audience.

Dr. Carolyn J. Stefanco, president of Saint Rose, who will provide the welcome, “is pleased that the College will host this distinguished group of panelists on a topic of critical contemporary relevance.”

“Saint Rose welcomes discussions where opposing ideas can be freely exchanged, since this is the heart of our democratic process and our educational mission,” Stefanco stated.

The program is free and open to the public by advance registration. Register by email to preskaevent@gmail.com or phone 518-454-5204.

Preska served as chief judge of the U.S. District Court for the Southern District of New York from June 2009 through May 2016. She was appointed to the bench by President George H. W. Bush in 1992. President George W. Bush nominated her to the U.S. Court of Appeals for the Second Circuit in 2008. She served as a member of the Committee on Federal-State Jurisdiction of the Judicial Conference of the United States from 1998 to 2004 and on the board of the Federal Judicial Center from 2008 to 2012. In addition, Preska has served on the Regional Panel to choose White House Fellows. A 1970 graduate of Saint Rose in chemistry, Preska earned a juris doctor degree from Fordham University School of Law in 1973 and a master of laws (LL.M.) degree in trade regulation from New York University School of Law in 1978. Saint Rose awarded Preska an honorary doctoral degree in 1995.