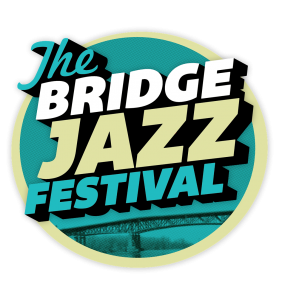 The action shifts west of the Hudson River on Saturday, February 27, to the Massry Center for the Arts at The College of Saint Rose, Kathleen McManus Picotte Recital Hall,1002 Madison Ave., Albany, New York. Ellis and Delfeayo Marsalis, The No BS!Brass Band and the Arch Stanton Quartet supply the sounds starting at 7 p.m.

Purchase tickets now at www.massrycenter.org or www.troymusichall.org/shows_and_tickets. For concert and ticket information, contact the Massry Center ticket office at 518-337-4871 or concerts@strose.edu. 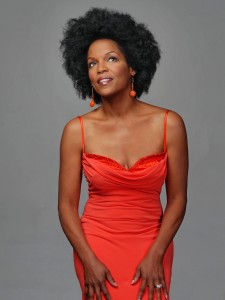 Six-time GRAMMY® Award nominee Nnenna Freelon has earned a well-deserved reputation as a compelling and captivating live performer. In 2014, Freelon starred in the critically acclaimed show “Georgia on My Mind: Celebrating the Music of Ray Charles” at the Venetian Hotel in Las Vegas. Freelon is no stranger to the music of the master singer; she toured with Charles as well as many other greatest jazz artists including Ellis Marsalis, Al Jarreau, George Benson and others. 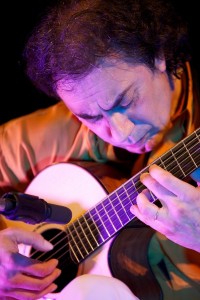 Winner of the Independent Music Award in the “Live Performance Album” category for his latest triple live album Encore (2014), “Rose d’Or” of the Montreux Festival for his first album, Près de Paris (Switzerland, 1976), and “Best World Music Guitar Player” by the readers of Guitar Player Magazine (USA, 2008), Pierre Bensusan is recognized as one of the premier musicians of our time. 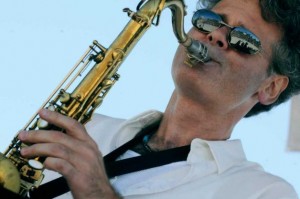 Opening for the Festival will be the Tim Olsen and Eric Walentowicz Duo. Pianist Olsen and saxophonist Walentowicz have worked together in a variety of settings for 15 years; the duo form the core of the Tim Olsen Band. Both artists are skilled improvisers with big ears and a dynamic sense of interplay.

Delfeayo Marsalis is one of the top trombonists, composers and producers in jazz today. In January 2011, Delfeayo and the Marsalis family (father Ellis and brothers Branford, Wynton and Jason) earned the nation’s highest jazz honor: a National Endowment for the Arts Jazz Masters Award. The Last Southern Gentlemen, a landmark recording for Marsalis, pairs the trombonist with father Ellis Marsalis Jr. on a collaborative album for the first time, resulting in Delfeayo Marsalis’ finest solo outing to date.

Based in Richmond, Virginia, No BS! Brass Band has quickly earned a reputation as a premiere band to see for heart-pounding energy and uncontrollable dancing. They take their music into uncharted territory, embracing the spirit of New Orleans into its original East Coast modern funk and fearlessly combining elements of James Brown, John Coltrane, Michael Jackson and Led Zeppelin into their fiercely original sound. Founders Reggie Pace and Lance Koehler have cast this band in which every member gives the audience something solid, unique, organic, real and powerful. 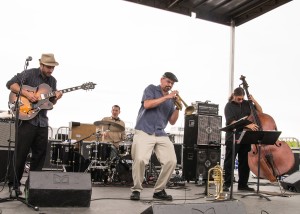 The Capital Region’s own Arch Stanton Quartet is putting a new spin on bop and post-bop jazz, with funk and Latin grooves, expansive improvisation and inventive original tunes. In March 2013, the band was named “Best Local Jazz Band” in the Metroland Readers Poll and embarked on a tour of Egypt, performing at the Cairo Jazz Festival and other gigs. That same year, the band opened up for Charlie Hunter and Oleta Adams at the Albany Riverfront Jazz Festival.
#
16-07