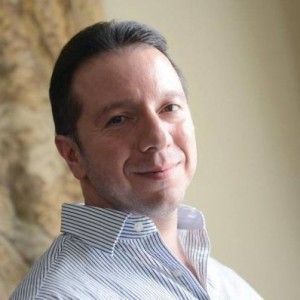 ALBANY (February 9, 2016) — In one of the most highly publicized criminal cases in New York City in the early 1990s, Johnny Hincapie was sentenced to prison for the subway murder of a tourist from Utah. Twenty-five years later, he is a free man, the victim of a false confession and wrongful prosecution.

On Monday, February 15, at The College of Saint Rose, Hincapie and his team of investigators will tell their story for all in the Capital Region to hear.

Hincapie will speak on a panel with investigative journalist Bill Hughes, who pursued Hincapie’s claim of innocence; Robert Dennison, former chairman of the New York State Board of Parole; and Martin Cirincione, former Schenectady County assistant district attorney and former executive director of the New York State Division of Parole.

The program is free and open to the public.

On September 2, 1990, Brian Watkins and his family were visiting New York to witness the U.S. Open tennis tournament. They were on a 53rd Street subway platform when a group of teenagers attacked the family. As Watkins attempted to intervene to protect his parents, he was fatally stabbed in the chest.

Charges were lodged against eight suspects, including Hincapie. All but one confessed and received sentences of 25 years to life in prison. The murder sparked outrage throughout New York City and prompted the media to implore then-Mayor David Dinkins to take action to put an end to the wave of killings ravaging the Big Apple.

Hincapie, now 43, always professed his innocence, claiming that he gave a false confession after a detective beat him. Then in October 2015, a New York state judge ruled that there was sufficient newly discovered evidence that merited a hearing. Justice Eduardo Padro announced that he was throwing out Hincapie’s conviction and ordering a new trial. After spending 25 years in state prison, Hincapie walked out of Sing Sing Correctional Facility to freedom.