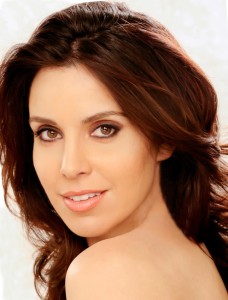 The performance will be Friday, January 29, 2016, at 7:30 p.m. on the D’Arcy-Brady Stage in the Kathleen McManus Picotte Recital Hall, Massry Center for the Arts, 1002 Madison Ave., Albany, New York.

Tickets are $20 general admission and $10 for students. Purchase tickets online at www.massrycenter.org. For concert and ticket information, contact the Massry Center ticket office at 518-337-4871 or concerts@strose.edu.

Soprano Sandra López captivates audiences around the world with critically acclaimed performances in a wide variety of roles including the title roles of Tosca and Suor Angelica, Cio-Cio San (Madama Butterfly), Nedda (I Pagliacci), Catherine (A View from the Bridge) and Mimì (La Bohème), with companies including the Metropolitan Opera, Florida Grand Opera, Opera de Oviedo, Palm Beach Opera, Fort Worth Opera and Virginia Opera. Recently, she appeared with the Finnish National Opera for her role debut as Elisabetta (Don Carlo) and with Teatro la Fenice as Mimì (La Bohème). She debuted with the Nuremberg Symphony and the Lithuanian National Opera and Orchestra, and she portrayed Juana Ines de la Cruz in the world premiere of With Blood, With Ink for Fort Worth Opera (released commercially on Albany Records in 2014). After winning the Metropolitan Opera National Council Award, she joined The Met’s Lindemann Young Artist Development Program where she covered and performed roles such as Catherine (A View from the Bridge), Marguerite (Faust), Roberta Alden (An American Tragedy world premiere) and Flowermaiden (Parsifal). Highlights of López’s 2015-16 include her debut with the Boston Symphony as the Fourth Maid in Elektra and two operas by Daniel Catán: the title role of Florencia en el Amazonas with Arizona Opera, and Matilde in Il Postino with Opera Saratoga.

Opera Saratoga, formerly known as Lake George Opera, began with a production of Die Fledermaus at the Diamond Point Theatre on July 5, 1962, playing to an audience of 230. The company now calls Saratoga Springs home and performs for more than 25,000 people annually. Opera Saratoga serves the communities of Saratoga Springs, the southern Adirondacks and New York’s capital by providing access to world-class opera through the production of an annual Summer Festival, as well as year-round activities including extensive educational programs, mentorship of emerging operatic artists and unique opportunities for the public to experience opera in both its home theater and non-traditional venues that leverage and embrace the unique cultural, historic and natural resources of the area. To date, the company has performed more than 90 different fully staged works by more than 50 different composers, including 33 works by American composers and six world premiere productions. Throughout its history, the company’s success has been shaped by visionary leaders, talented artists and critically acclaimed productions. In 2014, the board of directors appointed Lawrence Edelson as the new artistic and general director. Edelson’s leadership marks a new chapter in the company’s history, with increased emphasis on community partnerships throughout the year, diversification of the company’s repertoire and a reaffirmed commitment to both the presentation of American opera and the mentorship of emerging artists as core activities in the company’s programs each season. The 2016 Summer Festival will mark the second season under his leadership. For more information, visit www.operasaratoga.org.