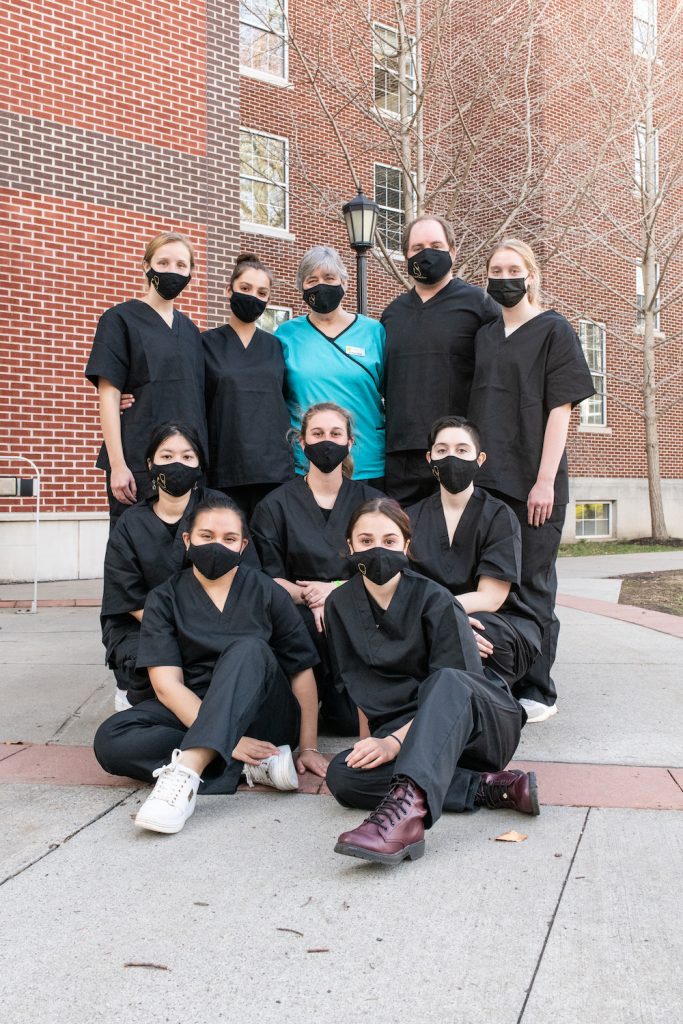 The summer before her senior year of high school, Christina Miscione ’24 called Saint Rose with a question: When will you offer a nursing program? A Westchester, New York, native, Miscione already had her sights set on attending college in Albany. She loved the area, had friends there, and heard rumblings about Saint Rose starting a nursing program.

Those rumblings turned out to be true.

“I was applying to schools around here and elsewhere, but then I was like ‘OK, I really like this school, but it doesn’t have what I want right now,’” said Miscione. “They said they were working on it and would call when they had everything put together for the fall. I was like, ‘OK, as long as you will have it for fall, I will be on my way.’”

Miscione’s story is not unique. For years, Saint Rose had fielded questions about when the College would offer a nursing program again. A rising demand in the healthcare field coupled with the College’s history with the program generated interest.

“There is a shortage of nurses everywhere, and even students applying to Saint Rose were asking, ‘Do you have nursing?’” said Dr. Joanne Peters Steele, program director/chair, registered nurse, and midwife. “After enough of that, the College decided it would be advantageous to see if there was a way to incorporate it. We started on that path about five years ago.”

The structure of the “1+2+1” program is different from other programs offered at Saint Rose. Students split their time between campuses, gaining clinical experience at our nursing college partners and foundational knowledge at Saint Rose.

Like the original program, the new nursing program emphasizes time spent in the lab, Steele pointed out. Students gain over 900 hours of clinical experience at either Samaritan Hospital School of Nursing or St. Peter’s Hospital College of Nursing, developing skills they can apply on day one of the job.

In year three, students receive their associate degree and can sit for the National Council Licensing Examination. Although they become registered nurses if they pass the exam, students are expected to return to Saint Rose in their fourth year and graduate with a baccalaureate in nursing.

New York State’s “BSN in 10” law requires nurses to receive their BSN within 10 years
of graduating from associate or diploma programs. “It makes for a more well-rounded nurse,” said Steele.
“Associate degrees and old-time diploma programs prepare students for hospital nursing; with a bachelor’s degree, students are prepared to work in any setting,” said Steele. “They are a nurse generalist.”

Miscione, who is in her second semester at Saint Rose, said that the program has exceeded her expectations.

“Most schools’ nursing programs aren’t as personable and family-like. I didn’t expect to have a second family when I got here,” she said. “I did expect the high stakes and the hard work, but I didn’t expect to be so one-on-one with Dr. Steele and the other professors.”

Reconnecting with our past

Although decades have passed since the inception of the College’s original nursing program, Steele sees similarities in how both programs got their start.

“It was brought about because students requested it, and there was a need,” Steele said.
In 1932, Saint Rose introduced the first five-year nursing program in the Eastern United States to grant BSN degrees. In 1933, the program was reduced to a four-year degree. In the late 1950s, due to changes in the field, Saint Rose discontinued the program for new students.

Saint Rose nursing alums are pleased to hear that nursing is back.

“I’m delighted they’re bringing back the program,” said Mary Louise Burkhard ’57. “I am so happy to see it.”

Graduating with one of Saint Rose’s last classes in the 1950s, Burkhard worked as a nurse in public health and private practice, wrote nursing exams for New York State civil service, and was a nurse with Albany City School District for 22 years.

Steele said that many BSN programs lack hands-on learning. “Our program gives students the ability to say, ‘I am confident and I know what I am doing.’”

Also, unlike other programs, Saint Rose introduces nursing courses within a student’s first year.
For example, first-year students take a class called Care and Caring, where students learn the importance of taking care of themselves before they can take care of others — a fundamental lesson in nursing.

The evolution of nursing

As with most professions, the job of a nurse has changed with the evolution of technology. Some of the changes have made their profession more efficient, Steele noted, but less connected to their patients.
Alums are keenly aware of how the field has changed.

“Nursing now is so much more complicated and technical,” said Burkhard. “You used to have much more personal contact with the patient. We had a teacher who taught nutrition and how to make healthy meals for our patients, because that’s one of the many things we used to do for them.”

“We used to take care of large wards of patients, with as many as nine patients to a ward,” said Patricia (Trustin) Walsh ’57, who served for 26 years as nursing supervisor of St. Mary’s Hospital in Troy, New York. “The men would appreciate it if you could play cards with them. We would laugh together and find things to talk about.”

Steele believes that we should look to the past to change the future of nursing.

Like any seasoned professor, Steele turns to her classroom to start implementing change. Of course, she teaches her students about technology, but more importantly, her goal is to teach them how to become caring, compassionate, and competent nurses.

“I am hoping that these students are a catalyst for change,” said Steele. “I tell them all the time: You can’t just do this because it is the way it has always been done. We have to figure out a way to do it so that patients get the care they need.”

Bringing our mission into focus

Steele said her students will “help the dear neighbor” in communities near and far. She plans to partner with the Interfaith Sanctuary to reach underserved communities in the Capital Region, such as the homeless population.

In the classroom, Steele said students have the opportunity to immerse themselves in different cultural groups. For example, students can elect to take a course that focuses on Native American communities.
“You get to understand people, learn acceptance of people in their situations,” Burkhard said of the nursing profession. “I worked with inner-city families and learned the dynamics of those families, so different from upper-class suburban families. Nursing is about understanding and accepting people and figuring out solutions for their needs.”

Steele was surprised to find a significant number of students considering a career in the mental health field, as opposed to the perennially popular emergency room gigs romanticized by TV.

“Students see it as a need and think they can help,” Steele said. “It might not be where they end up, but I think they see they have a special gift.”

While a demanding profession, nursing is a calling that provides fulfillment for many.

By Irene Kim and Caroline Murray 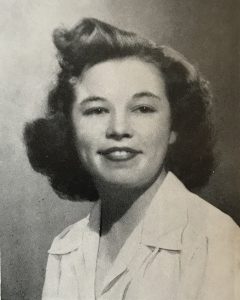 Shortly after nursing returned to Saint Rose, David Cutler and his siblings established the Catherine Guiney Cutler ’43 Endowed Scholarship to honor their mother’s career as a nurse and her dedication to helping others.

Catherine was born and raised in Little Falls, New York, where she grew up surrounded by a loving extended family. She graduated from Saint Rose in 1943 with a BS in Nursing. She moved to Syracuse, where she took classes toward a master’s degree and worked as a nurse at a local hospital.

She married Fred Cutler and took 20 years off to raise their six children. Eager to get back to nursing, Catherine took a job at the Onondaga County Health Department and worked as a public health nurse at the Onondaga Nation Reservation for more than 15 years until her retirement.

David recalls how much his mother loved being a nurse. “She was very empathic and caring, and just loved to be around people, so it was a rewarding profession for her. Our mother inspired us with her commitment to helping people, and that’s why we decided to establish an endowed scholarship for nursing students at her alma mater.”

A communicant of Holy Family Church, Catherine kept in touch with many of her fellow Saint Rose classmates, and enjoyed visiting friends at St. Joseph’s Provincial House.