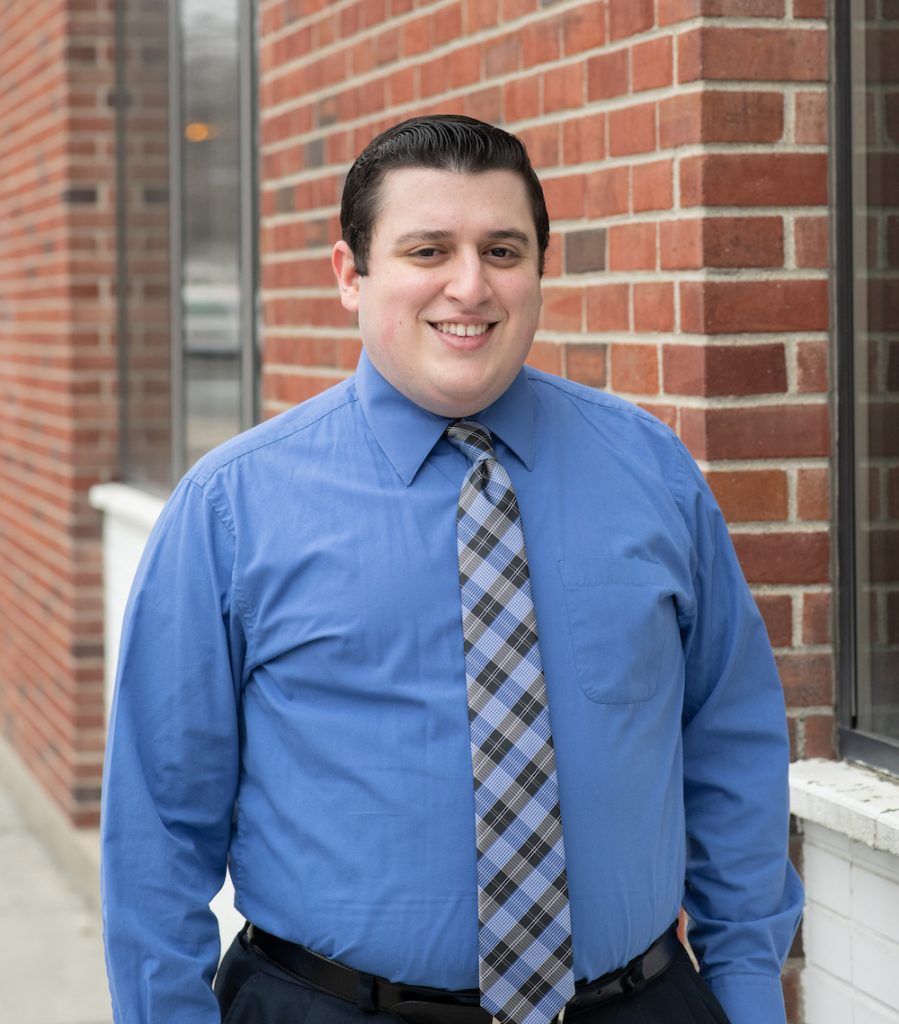 Today, Heller continues to work at the College’s ITS department full time and is excited about putting his computer science knowledge to work in the future. We recently caught up with Heller to learn more about his Saint Rose experience and future plans. Here’s what he had to say:

How did you hear about our program?
I did four years of my undergrad in communications (journalism) at the College, and toward the end of my studies, I declared as a computer science minor. In addition, I joined ITS as a student worker my junior year. Eventually, everything sort of clicked where I knew this was the field for me, so I decided if I worked at the school after graduating, I’d attend their graduate program and study computer science. I got a job as a full-time technician, and almost three years later, here I am!

What did you like best about your program?
Honestly, it’s the people. The professors in the computer science program are some of the nicest, most knowledgeable, caring people I have ever worked with. And, even going past that, so many of the students are so nice and helpful. I entered the grad program basically on my own, but along the way have gotten to work with so many intelligent people, and just having the capability to rely on one another when we need it has been so helpful these past couple of years.

What is your favorite memory of Saint Rose?
Just getting to meet all these new people and making completely new friends was such a nice experience for me. I come from a very small town where everyone knows your pet’s name, so while going to College was scary, I learned very quickly just how tightly knit the Saint Rose community was, and it took me no time to fit in. I miss all of my friends from undergrad, and will miss the ones I’ve made in grad school as well!

What have you learned through the pandemic?
On a personal level, I’ve learned not to take anything for granted. I’ve always been pretty thankful, being so grateful to be in the position I am in this world, but the pandemic has really echoed that for me, and I’m just so gracious for that. On an academic level, I’ve learned even when six feet (or more) can distance us, having the virtual options that I was wary of at the beginning can really bring a group of people together to learn. And while it was something that took a while to get used to, it’s something I found out I quite like!

What was the best class you took at Saint Rose and why?
I’d have to say my favorite class was Networking. I had a great time getting to learn more about Networking principles that had always made me curious when I was younger and being able to work it all out myself gave me a sense of accomplishment. Plus, the content we learned wasn’t just “things you have to learn to pass.” I even got to use some of it in practice, in my line of work, so that gave me a nice feeling of satisfaction.

What are your future plans?
At the moment, I’m really only worried about finishing my schooling and continuing my work at the ITS department for the College. Long term, I definitely think I am more apt to utilize my computer science background than my communications one, but as long as I can wake up excited to go to work each day, that’s really all I’m looking for in life.

What did Saint Rose teach you?
I learned that no matter how “cookie cutter” you think you may be as a person, everyone has their own story and experiences. Especially in a community like ours, where we come from different places and backgrounds, when you’re as tight knit as Saint Rose is, it’s something that can really catch you by surprise.

Who was your best professor and why?
That’s tough! I think I will have to say, Professor Karyn Doke. When I first declared myself a computer science minor, she was one of my first professors. She also helped me get my first student-tech job in ITS, which has now sprouted into a full-time position. She’s given me so much over my time here and has been so nice and helpful, I really don’t think I can thank her enough.

Do you have any advice for incoming students?
It’ll sound like a cliché, but manage your time! It really can’t be stressed enough how important that is. We all want time to hang with our friends, play video games, relax, etc., but it’s so much easier to do that when you organize everything you have to do so you aren’t cramming it in from 1 a.m. to 4 a.m. the night before!