Rich Kissane G'90 loves building and technology so much that he founded the robotics team at Albany High School while he was a teacher. Decades later, he still logs countless hours coaching and mentoring the team. 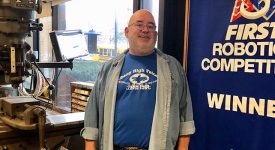 After 32 years of full-time classroom teaching at Albany High School (AHS), Rich Kissane G’90 wasn’t satisfied with full-time retirement. He continues to provide direction and support for the fledgling robot designers of the school’s FIRST (For Inspiration and Recognition of Science and Technology) Robotics team.

What do you do on a typical day?

Being retired now for four years, my daily routine varies due to the time of year. From October to March, I’m wide awake at 4 a.m., working on tasks for Albany High Robotics online: attendance, ordering, planning, logistics, and so on. We generally meet two or three days per week after school, so I get to AHS at 2 p.m., and I’m back home by 5 p.m.

The hours do increase dramatically in January, February, and March. In January, the FIRST organization reveals the parameters for building our robot to all the teams. So during those months, the team is busy brainstorming, designing, and building the robot, which we take to compete against other teams.

From March to September, I am generally at Capital Hills golf course at 7 a.m. to either play 9 or 18 holes, or to practice for an hour or so. Then it’s usually home-repair or maintenance-type jobs, shopping for groceries, making dinners, and so forth.

As a student at AHS, I started attending the vocational center for carpentry in 10th grade. I spent three years at Vocational. When I graduated, I went to SUNY Delhi for construction technology.
During my second year at Delhi, I heard a professor from SUNY College of Technology speaking about becoming a vocational teacher. I decided to go to the College of Technology, graduated two years later, moved back to Mom’s house, and put in teacher applications throughout the area.

AHS called and wanted a hall monitor for six months, so I took the job. Over that summer I received a full-time teacher position at AHS. That was in September 1974.

Thirty-two years later, I retired from AHS: same classroom, same office for 32 years! I loved it.
I started the Robotics team 18 years ago with four students. The team has since grown to 40 students, eight advisors, several wins, two trips to the World Championship … I can’t seem to give up the team. 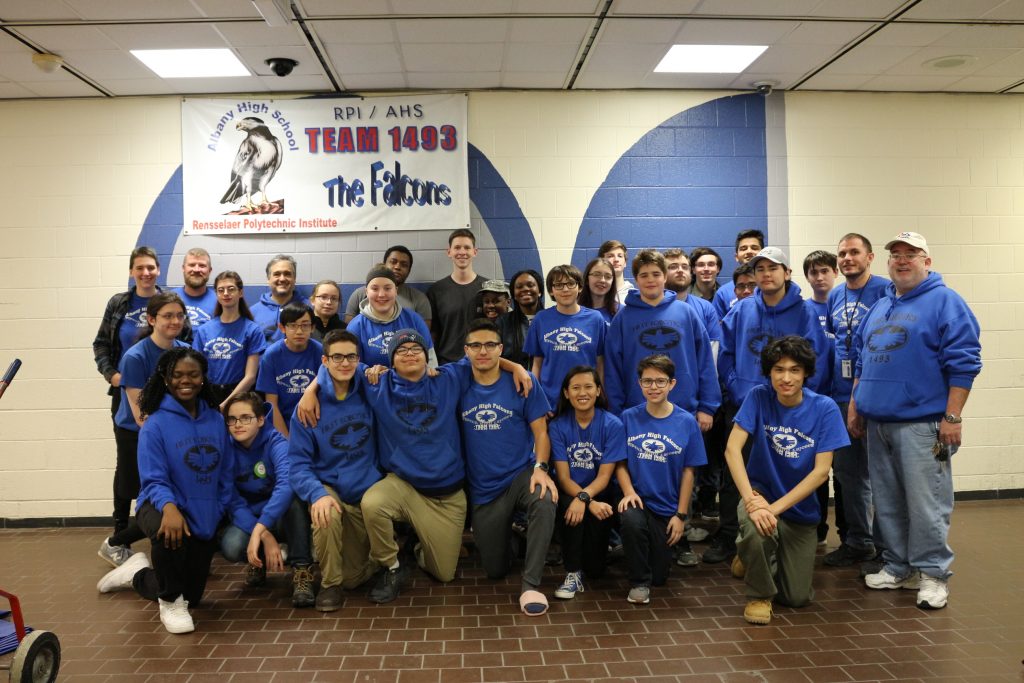 What do you like the most about Saint Rose?

Saint Rose had the master’s program I needed. In addition, it was close to AHS and home. I liked the small size and great faculty.

Do you have any other Saint Rose connections?

It’s kind of funny how things work. My daughter (Annemarie Kissane-Ranalli), who is also a graduate of AHS and SUNY (she received a full golf scholarship the University at Albany) is now the assistant golf coach for the Saint Rose men’s and women’s golf teams. And my sister (Marybeth Indovina ’85, G’93), who taught in the City School District of Albany for many years, is also a Saint Rose alum.