Saint Rose President Carolyn J. Stefanco also discussed two important efforts the WLI will make in 2020: Saint Rose will host the 2020 International Leadership Association (ILA) Women and Leadership Conference from June 7-10, 2020, bringing women and men from across the country and around the world to Saint Rose. The Women’s Leadership Institute also will partner with the Times Union’s Women@Work, the fastest-growing network of businesswomen in the Capital Region, on a national View on Women (VOW) poll, which will examine pervasive and underlying attitudes about women in order to address the social, political, and economic issues that impact them.

“I have dedicated much of my professional life to advancing women’s leadership, and this is an incredibly proud day for me, personally, and for The College of Saint Rose,” Stefanco said. “Although our institution is co-educational today, it was founded nearly 100 years ago to offer higher educational opportunities to women. That mission continues with the WLI, where, regardless of gender, we will work together to address the issues that still hold women back in the U.S. and around the world. That is why I am honored that the WLI Advisory Board includes a range of regional, national, and global leaders.”

The institute will support the ongoing advancement of women leaders in the Capital Region of New York, the United States, and throughout the world, through education, advocacy, and collaboration, and will host workshops, speakers, and conferences. The WLI Advisory Board will guide this work.

The 14 members of the WLI Advisory Board 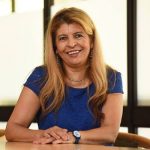 Andrews is a distinguished visiting professor at New York Law School, where she co-directs the Racial Justice Project and hosts the South Africa Reading Group. She previously served as dean of the University of Cape Town Faculty of Law and Albany Law School. Andrews has published books and articles focusing on comparative constitutional law, gender and racial equality, human rights, the judiciary, and legal education. She is president of the Law and Society Association, co-editor of the “International Journal of Law in Context, Human Rights and the Global Economy E-Journal” and the “African Law E-Journal.” 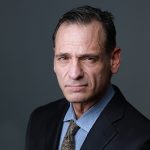 Licensed to practice law in New York State, Battaglia has pursued opportunities in the corporate world. He was named director of the legal division of the Forrest Edwards Group, a boutique staffing firm in New York City that specializes in recruitment, litigation support, and project management. Later, he joined the Professional Liability Insurance claims department at the Fireman’s Fund Insurance Company, where he managed litigation in cases involving claims against attorneys insured by the carrier. Currently, he manages the affairs of his mother, Patricia H. Standish ‘50 G’57. 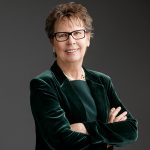 Belk’s career has focused on the intersection of manufacturing and technology. She founded Focal International, Co., recognized as one of the world’s leading systems designers and integrators, and she has pioneered research and development in CAD/CAM and other digital design systems. Her professional positions spanned from her industrial engineering work to corporate executive vice president of a multi-national public corporation, where she conceptualized and oversaw numerous high-technology mergers aggregating nearly $1 billion. She participated in worldwide manufacturing analysis missions for private industry and the United States government. Philanthropically, Belk’s mission is to knock down barriers to equality that young women face. Belk is a member of Women Moving Millions and supports Girl Scouts of USA as a national advocate and speaker for planned giving. 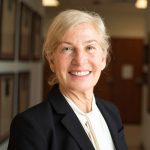 Michelle Borisenok, who graduated from Saint Rose in 1980 with a B.S. in Business Administration, is an entrepreneur and philanthropist, known throughout the Capital Region for her steadfast support of women’s leadership. Her love of equestrianism and passion for advocating women’s leadership fueled her latest venture, Brown Road Racing LLC, which brings women together to learn about racing and share in the camaraderie of horse-ownership partnerships. In addition, Borisenok is a corporate board member of the Big Brothers Big Sisters organization of St. Lucie, Indian River, and Okeechobee Counties in Florida since 2016; an advisory board member of the Alzheimer & Parkinson Association of Indian River County Inc. in Florida since 2015; and a Saint Rose trustee since 2016. 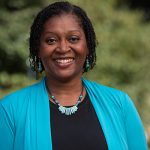 Davis leads the development and implementation of professional learning programs at the American Council on Education (ACE) and represents ACE
on issues related to women leaders, diversity and inclusion, and leadership development in higher education. She oversees the Moving the Needle: Advancing Women in Higher Education Leadership initiative and was principal investigator for the Creating Global Citizens: Exploring Internationalization at Historically Black Colleges and Universities initiative and co-leader of ACE’s At Home in the World initiative. Davis served 10 years on the District of Columbia’s Higher Education Licensure Commission and was an adjunct faculty member at The George Washington University. 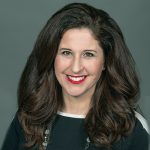 DeFrank-Cole is professor and director of Leadership Studies at West Virginia University, where she also serves on the steering committee of the Women’s Leadership Initiative. She is a member of the International Leadership Association, was a Fulbright Specialist Scholar in the Kingdom of Bahrain, received the WVU Mary Catherine Buswell prize for service to women, is The Harriet Lyon Professor of Women and Gender Studies, and was recognized as a Wonder Woman by West Virginia Living Magazine. DeFrank-Cole is the co-author of “Women’s Leadership Journeys: Stories, Research, and Novel Perspectives,” and she is co-authoring
a textbook about women and leadership with Dr. Sherylle Tan, which will be published in 2021.

For seven years, Gonick served as CEO of MVP Health Care, a $3.5 billion, mission-based health care company that employs 1,800 people. Prior to becoming CEO, Gonick held a variety of executive leadership roles of increasing responsibility for 17 years. A lawyer by profession, Gonick practiced public sector labor law prior to joining MVP. She serves as chair of the New York State Health Plan Association and was chair of the New York State Business Council and the Capital Region Chamber. Gonick is a member of several nonprofit boards, and she has been recognized with many awards, most recently the Albany Business Review’s 40 Under 40 Hall of Fame, the Women’s Fund of the Capital Region’s Trailblazer Award, and City & State Magazine’s Health Power 50. 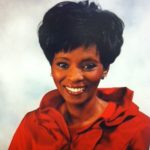 Houston is an award-winning journalist and co-anchor of News Channel 13. Her stories have taken her many places, including presidential inaugurations, natural disaster zones, and Cuba. The New York State Broadcasters Association recognized Houston for her weekly series “Today’s Women.” She has been presented with the You Go Girl award from HerLIFE Magazine and the Fuel Her Fire award from Girls Inc. Houston is so passionate about women’s issues and telling women’s stories that she started the website www.SHEspeaks2me.com, produced three films via her production company Daddy’s Little Girl Productions Inc., LLC, and sponsored a sold-out women’s summit in Albany, New York, for the last three years. 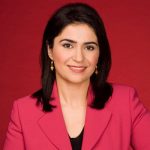 As a result of her pioneering work as a journalist, executive, and the first Global Ambassador for CNN Worldwide, Khosravi has been honored with multiple
Emmy Awards, Peabody Awards, and the Edward R. Murrow Award. In 2015, after 28 years at CNN, Khosravi went on to found the international communications consultancy Payam Global. She has spoken at global events, such as the Parliament of World Religions and the Novus Summit at United Nations, and for numerous organizations. Her TEDx talk on “The Power of Finding Your Voice” has been shown around the world. 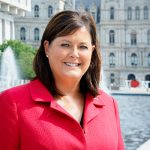 Mahoney is market president and retail leader for KeyBank’s Capital Region. She serves as senior executive, representative, and spokeswoman, as well as leads the organization’s economic and community development efforts throughout the region. As a Capital Region leader, Mahoney has served on multiple boards and received numerous honors, including Executive of the Year by the Albany Business Review and Woman of Excellence recognition by the Capital Region Chamber’s Women’s Business Council. 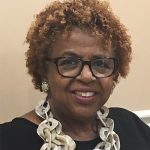 McLaughlin has 29 years of experience in public service and 10 years as a research chemist in the areas of cosmetics development and nuclear weapons research. She has served as a Second Ward Council Member in Albany, New York, the first African-American president of the Albany Common Council, and chairwoman of the Albany County Democratic Committee. She recently retired after 29 years serving the people of New York State, most recently with the New York State Teachers’ Retirement System (NYSTRS), where she was responsible for staff training and development and special projects. 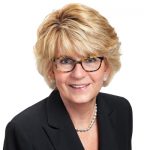 Saile is an executive coach, board strategist, speaker, and author, who owns The Saile Group, LLC, a successful company focused on guiding professionals, organizations, and boards to achieve high-impact outcomes. She is a widely recognized advocate for women’s rights and a philanthropist, raising millions of dollars for organizations she is passionate about. Saile has received awards from numerous organizations, three governors, state and county legislatures, and has been featured by the Discovery Channel and Forbes Magazine. 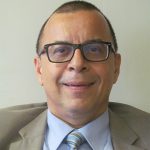 Seale is a leadership development practitioner, lecturer, and researcher, and director of the Higher Education Leadership and Management programme at Universities South Africa. Prior to that, he was director of executive education at the Graduate School of Business Leadership in UNISA. Some of his former positions include consulting as a strategist and advisor to public and private higher education institutions, as well as serving as acting CEO at Universities South Africa, director in the vice-chancellor’s office at Wits University, and deputy director general for training delivery at the Public Administration Leadership and Management Academy.

Seitz is a global senior business executive with a diverse business background spanning sales, marketing, operations, supply chain, and real estate at IBM, The Coca-Cola Company, and Delta Air Lines. Julie joined Delta in August 2019 as Managing Director, Corporate Real Estate. She was recognized among the YWCA’s Academy of Women Achievers, received the Atlanta Business Chronicle’s Women Who Mean Business award, and the Atlanta Chapter of CoreNet Global nominated her for the Corporate Real Estate Executive of the Year honor.

The hub for the Women’s Leadership Institute is the Michelle Cuozzo Borisenok ’80 House, located at 1020 Madison Avenue, Albany, New York.

The renovation and construction of the Borisenok House were made possible by the $1.2 million gift from business and community leaders Michelle Borisenok, a 1980 graduate of Saint Rose and Saint Rose trustee, and her husband, Walt. The gift was announced in February 2019.

Two early activities of the Women’s Leadership Institute will have significant reach.

Saint Rose will host the International Leadership Association (ILA) Women and Leadership Conference in 2020. Founded in 1999, the ILA is the largest worldwide community committed to leadership scholarship, development, and practice. The ILA’s mission is to advance leadership knowledge and practice for a better world through the synergy that occurs by bringing together members and partners. The ILA has convened extraordinary talent across sectors, cultures, disciplines, and generations to have a multiplier impact on leadership and change. President Stefanco serves on the ILA board of directors and chairs the association’s fund development committee.

The View on Women (VOW) poll was released in 2017 and examined attitudes toward women in the economic, political, legal, social, and private spheres. The first-of-its-kind poll, an online survey of 1,050 New York State residents, represented and crossed all demographics – race, ethnicity, gender, age, and location. VOW sought to examine why certain issues affecting women, such as the pay gap, violence, and lack of political representation, continue to persist by unearthing underlying societal attitudes. The 2020 VOW poll, in partnership with the Women’s Leadership Institute at Saint Rose, will expand the survey to include views toward women from throughout the United States.