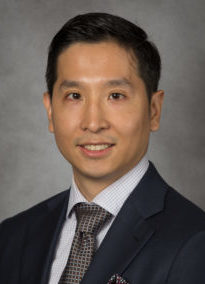 Sheng Wu G'10 not only made friendships at Saint Rose – the real-world based MBA program serves him well even today as he works as a systems analyst in LinkedIn's Talent Services.

The next time you visit the website LinkedIn, think of Sheng Wu. Behind the scenes, he and his team are busy constructing the human-resources IT systems that LinkedIn’s recruiters use to find the best talent for their international workforce.

“I’m helping to build and implement innovative solutions in tools that provide the best experience for our candidates and recruiters,” says Wu, who started in April 2018 as a systems analyst in LinkedIn’s Talent Services. Wu’s team, which includes him and his boss in New York City, six colleagues in LinkedIn’s headquarters in Silicon Valley, and one in Bangalore, works with stakeholders and their systems to improve LinkedIn’s talent-acquisition process.

In today’s employment landscape, seeking a position or a candidate is a data-intensive activity.

“A large company might receive several hundred resumes for a position, but a recruiter can only review so many,” says Wu.

That scenario happens frequently at LinkedIn, which, with nearly 12,000 employees in 17 countries, certainly qualifies as a large company.

The recruiters use a variety of tools to filter the candidate pool down to a manageable size, as well as conduct videoconference interviews and follow up with candidates. Wu’s team is responsible for implementing and integrating these technology systems, some of which use third-party software, to ensure a pleasant, hiccup-free experience for job seekers as well as recruiters.

“If we want to do X, Y, and Z, I’ll go into the system, and talk to the right partners in security and IT, to ensure that we are able to deliver X, Y, and Z,” Wu explains. “To launch a new system or make changes, you have to work with a variety of different partners. So, this is all about being a good partner, building relationships, and managing expectations.” 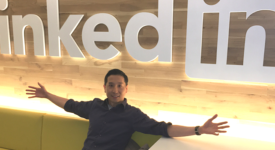 Last spring, Wu was working as a senior HR analyst for financial-services giant AIG when LinkedIn offered a pitch that was too attractive to ignore: helping to build a unique, special HR experience.

“They said, ‘In a few years, companies are going to look at us and ask how we did it. Do you want to join us?’” he recounts. “I wasn’t going to say no to that.”

Wu was initially concerned that his lack of experience in HR systems would be a roadblock – but was told not to worry. With years of experience in recruiting and data analytics, he had amassed not only a deep understanding of what recruiters and candidates wanted, but also the skills to make sense of massive HR data.

Shortly after graduating from Saint Rose in 2010, he had worked as an HR generalist in New York City, starting with short stints at the Department of Education and the National Football League, followed by nearly three years at The Fund for Public Health.

That led to AIG and data analytics. “I would analyze data sets for trends like turnover, performance, diversity, and other data points that matter in the human-capital space,” he explains.

Recognizing Wu’s HR capabilities and knowledge, LinkedIn had no doubt that Wu could learn the systems part. “My manager said to me, ‘You’ve acquired enough skills along your HR journey that you’ll be fine,’” he says. “That gave me the confidence that I was joining a good organization and would be all right.”

Wu loves being at LinkedIn, where he says each employee is encouraged to act and think like an owner. “It allows me to think freely about how to get a project from Point A to Point B, think of different solutions to do that, and own the whole process,” he says. “It’s so much more empowering than an organization where you don’t see how your work is involved in the end product.” 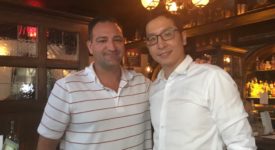 From the Big Apple to The Egg

He initially came to Albany for his bachelor’s degree in psychology at the University at Albany, and fell in love with the Capital Region. After staying on for a master’s degree, he chose Saint Rose for his MBA.

The Saint Rose experience prepared him well for the demands of his future employers. “The courses at Saint Rose were relevant to real-world lessons, whereas my previous degrees were theory based,” says Wu. “The experience with real-world situations – especially in HR, where you have to deal with different laws and regulations – was valuable.”

He particularly appreciated the opportunity to bond with Saint Rose classmates. “We always set a time to meet in the library to continue our discussions and work on projects,” he says. “Those are some of the memories I enjoy and cherish.”

Wu, who purposely relocated away from New York City to study in Albany, is a big proponent of moving away from home for school.