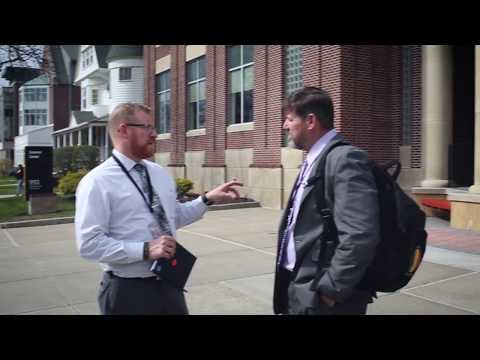 During a 31-year military career, Norman McAfee worked as a combat medic and chief medical non-commissioned officer in Korea, Kuwait, Germany, Iraq, and Afghanistan, attaining the rank of Command Sergeant Major. But he had always wanted to teach.
Following his service, McAfee did try retirement and jokes that he quickly saw that there were only so many birdhouses he could make. He took the advice of all the people who urged him to pursue a degree in education, and enrolled at Saint Rose to study to be a history teacher.

“I always told my soldiers, ‘You can’t know where you’re going unless you know where you came from,”’ he explains. “Teaching offers me a venue to serve my community, after serving my country.”

Being the oldest in his classes, he understood why he was commonly mistaken for the professor. Once class began, however, McAfee blended in with the rest of the class because teaching is such a universal, and much-needed, pursuit.

“Norm will be a great teacher because of his service in the military and the dedication he has to the country as a whole. He’s moving on to great things.” – Martin Dinan, a retired Army Colonel and the director of veteran enrollment at Saint Rose