Michael Weidrich mixes his passion for business and the arts into a successful career and recognition for his community leadership. He's taken his skills from Lark Street in Albany to Western New York.

A Man of Many Talents

You might know him as the person who started Albany’s 1st Fridays arts walk to revitalize Lark Street and downtown Albany, the organizer who brought musician Moby to Larkfest, or the Capital District’s proud champion of LGBTQ and minority individuals over the last decade. Now, Michael Weidrich G’06, G’10 is back in his native Buffalo as the executive director of Young Audiences of Western New York (YAWNY), an-arts-in-education organization that provides a wide range of arts and cultural programs to the region’s school children.

Skilled and accomplished in arts advocacy, business development, and social-justice activism, Weidrich is a Renaissance man who starts renaissances in his own communities. A rarity with a BFA and an MBA, he’s an artist who’s adept at business, and a businessperson who’s at home in the arts.

It was art that first brought Weidrich to Saint Rose, after he’d completed his BFA in digital art at Syracuse University. Following a tip from a friend, he had sought out the Saint Rose graduate program in art education, and met its director, the late Karene Faul. “She was so amazing, and she became a mentor,” he says.

It wasn’t until he’d nearly completed his M.S.Ed. that Weidrich recognized the dearth of jobs for art teachers. Having always excelled in science and math, however (he graduated valedictorian of his high school class), Weidrich simply switched gears to pursue an MBA instead, later adding advanced certificates in educational technology and not-for-profit management.

“Business and math are very left-brain activities, whereas the arts and creativity are very right brain,” he explains. “The arts sector is really lacking in those left-brain skills, which is frequently an issue with why they’re underperforming.”

The Business of Art, and Vice Versa

“Life took me into a variety of not-for-profit roles and areas, where my MBA training helped me every single day,” says Weidrich. As an executive director for organizations such as the Pride Center of the Capital Region and the Lark Street Business Improvement District (BID), he found his business skills at a premium.

“When I was initially doing my coursework, I had become the executive director of the Lark Street BID, and I was literally learning something in class one night and using it in the office the next day. And it’s still so, so relevant in my work today.”

“We are the leader in arts-education programs in schools, after school, and in community organizations, with a roster of 70 artists teaching everything from dance and music to visual art and media,” he says. “We’re well known, so schools reach out to us for programming constantly.”

Weidrich brings a special richness to his role by fusing different facets of his skillset and life experience. His ambi-cerebral ability, for example, lends itself naturally to the current conversation about “turning STEM into STEAM,” or adding art and design to science, technology, engineering, and math to enhance school children’s education. 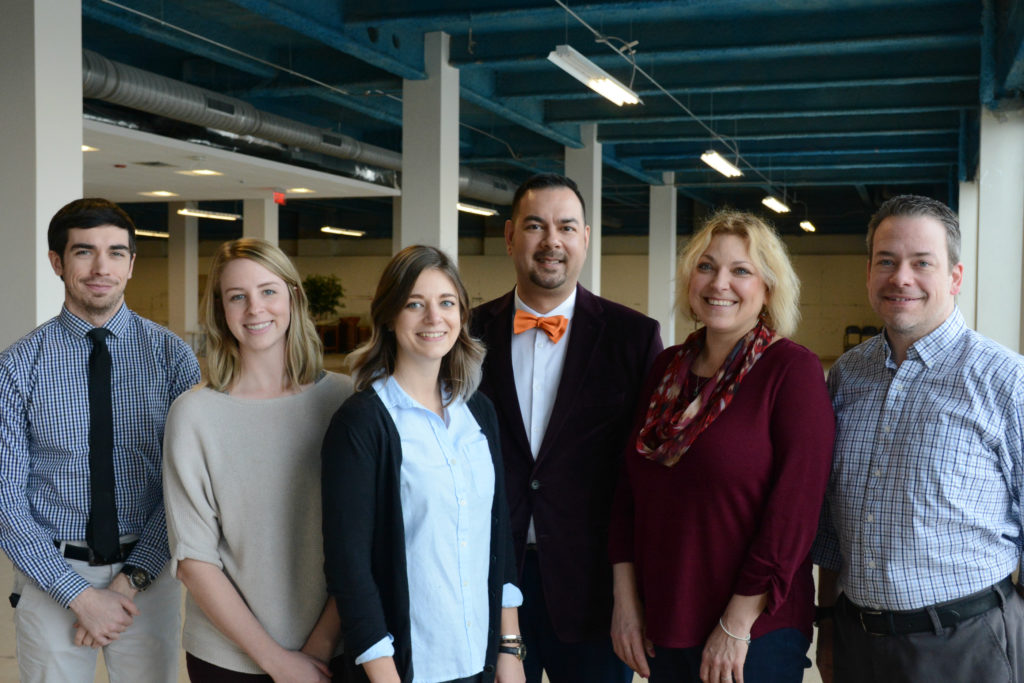 “Technology and media are big here, and we’re looking to add more programming around that, which helps with our STEAM initiatives.”

He’s leveraged his knowledge of business and the arts to raise popular awareness about the significant number of jobs in the creative and not-for-profit sectors – a particularly important conversation in cities like Buffalo, where emphasis has been traditionally on manufacturing-sector employment.

“Because my organization has access to youth and we are in the classroom teaching them the arts, we’re looking at questions like: How do you take what you learned in the arts, and your experience, and make a career in the creative sector?” says Weidrich.

These opportunities, he adds, don’t stop at being a singer, dancer, or musician, or even at less-obvious roles like publicist, engineer, or agent.

“You can be an accountant at Proctors, a hospitality person at Capital Rep – there’s a whole series of jobs out there we can talk about.”

Because of his experience as a community leader, Weidrich finds himself blurring the boundaries between culture, social services, and social justice. “I’ve worked for communities of color, the LGBTQ community, senior citizens – a lot of different populations, in cause-driven organizations looking at racial equity, gender equity, LGBTQ equity,” he says.

“Being in those communities, doing that social-justice work, changes you. Literally everything I do, going forward, I’m looking at it through those lenses,” he adds. “I find myself asking how my position can help further these causes. With my lived experience, I bring these items to the agenda, saying, ‘We need to do more.'”

One example is YAWNY’s leadership of Art Partners for Learning, a consortium of 30 cultural Western New York organizations that help schools create supports for teachers and students through the arts. “I would like us as a collective to be looking at these equity issues,” he says. “Equitable pay for teachers, violence in schools – what more can we do? If we offer more programs to children in need, that may help them not go down the path of violence. It’s a long road, but we can try to do something.”

Although too busy to look back at all he’s done, Weidrich is occasionally reminded of some of his accomplishments. About a year ago, he was in Washington, D.C., receiving the FBI Director’s Community Leadership Award from former FBI Director James Comey, mere weeks before Comey’s dismissal. “That was humbling, to be recognized,” says Weidrich. “My passion is helping people in whatever facet I’m in.

“With my organization now, we have so many talented people on our roster, we’re just looking for opportunities to get them in the spotlight so people can see how talented they are and what they’re bringing to our kids and the community,” says Weidrich. “Give me a stage, and we’ll have everybody up there.”