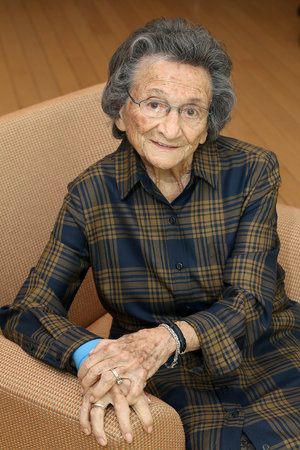 Marie Bello '48, though she gave up her career as a technician in the lab at Bassett Hospital in Cooperstown in 1951 to raise her children, never left the Saint Rose degree in biology she earned in 1948 far behind. It became part of her family life, and later her legacy at Saint Rose.

When Marie Bello’s daughters started the Marie D. Chirico Bello ’48 Award at Saint Rose in 2011, they said it was time their mother got her due.

They had already established an award for their father, Dr. Edward T. Bello, at Columbia, where he attended before beginning a long career as a radiation oncologist.

Marie Bello, though she gave up her career as a technician in the lab at Bassett Hospital in Cooperstown in 1951 to raise her children, never left the Saint Rose degree in biology she earned in 1948 far behind. That’s why her daughters, Dr. Jacqueline A. Bello and Bianca A. Bello, set up the award in Marie Bello’s name, remembering that their mother was the one who taught them how to make solar ovens in Girl Scouts, always knew the right way to treat a bee sting, and helped pull Bianca through biology class by breaking down science into relatable terms.

“She was totally surprised. Mom has always been in the background – not with her ideas but she doesn’t expect a thank you,” Bianca Bello says. “She was extremely honored by it. She is a very humble person and says things like, ‘That’s not necessary.’” 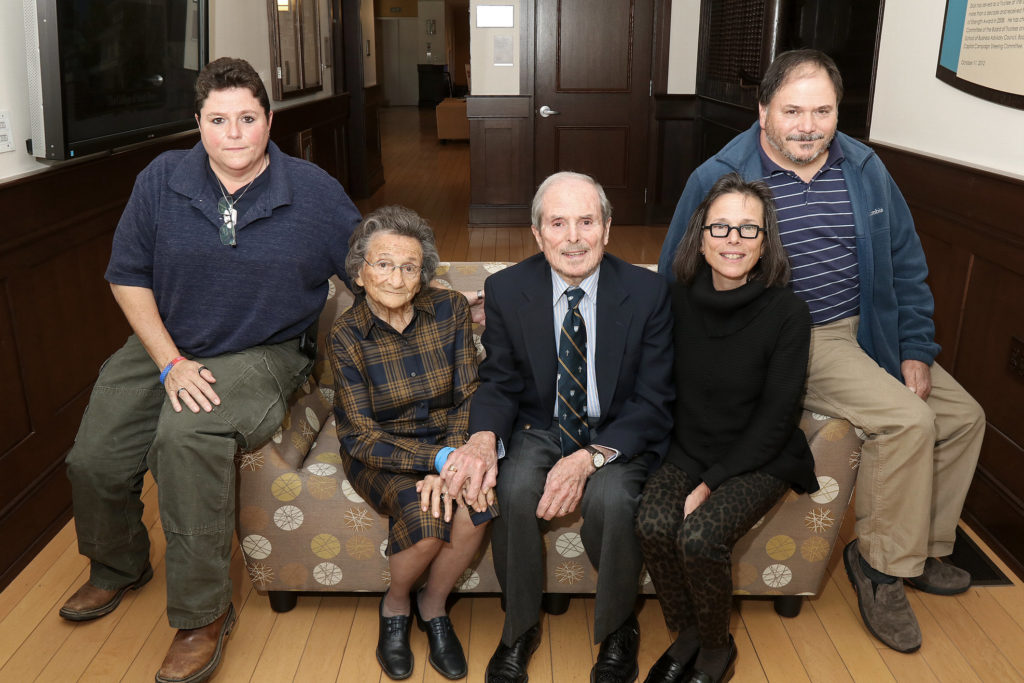 Marie and Edward Bello are both 93 years old now, but they returned with Jacqueline and Bianca to Saint Rose for HOME.COMING & Family Weekend in October where they caught up with the 2018 recipient of the Marie D. Chirico Bello ’48 Award, who was visiting campus from Albany Medical College, where he is a graduate student. While there, Jacqueline, the director of the Division of Neuroradiology and a professor of Clinical Radiology and Neurosurgery at Montefiore in New York City, slipped him her card and insisted more than once that he reach out to her with anything he needed. Bianca pointed out that Jacqueline gets this from their mother, who when they were children, was quick to set an extra plate at the table for their piano teacher.

Each year there’s been a new recipient of the Marie D. Chirico Bello ’48 Award, and Marie Bello loves to attend the convocation ceremony at Saint Rose in the spring where the winner is announced, far more for a chance to learn about another student of science than the attention it draws to her as the award’s namesake.

“Most of the recipients were so appreciative,” Marie Bello says of getting to meet the students each year. “It made me want to meet with them and see what the next one was going to be like. I’m happy that Saint Rose went on to be bigger and better.”