Mandy D'Andrea took the long road to her MSED in School Counseling. But she was determined to come back to The College of Saint Rose, where her mother and grandmother graduated, and finish her graduate program. Today, the single mother of two is already working and inspiring students to pursue their dreams. 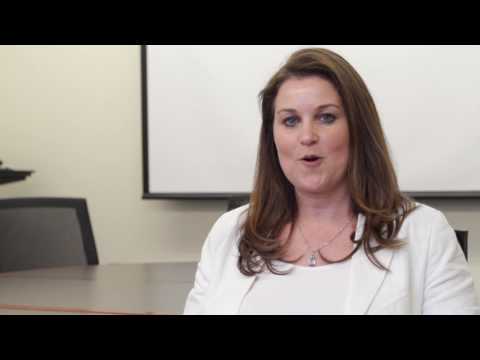 This is it. It took Mandy D’Andrea more than a decade to get here, but on the other side of exhaustion, and missed homework sessions with her girls, and mom guilt, is the life and the career she’s been dreaming of.

So few paths in life are straight. And because Mandy is 43, and has understood what it’s like to care for a child with special needs, to go through a divorce, to have to figure things out on her own, she knows that well. It’s the kind of personal experience the makes her particularly emphatic to others’ struggles and that will complement the master of science in school counseling degree she’ll receive soon from The College of Saint Rose. 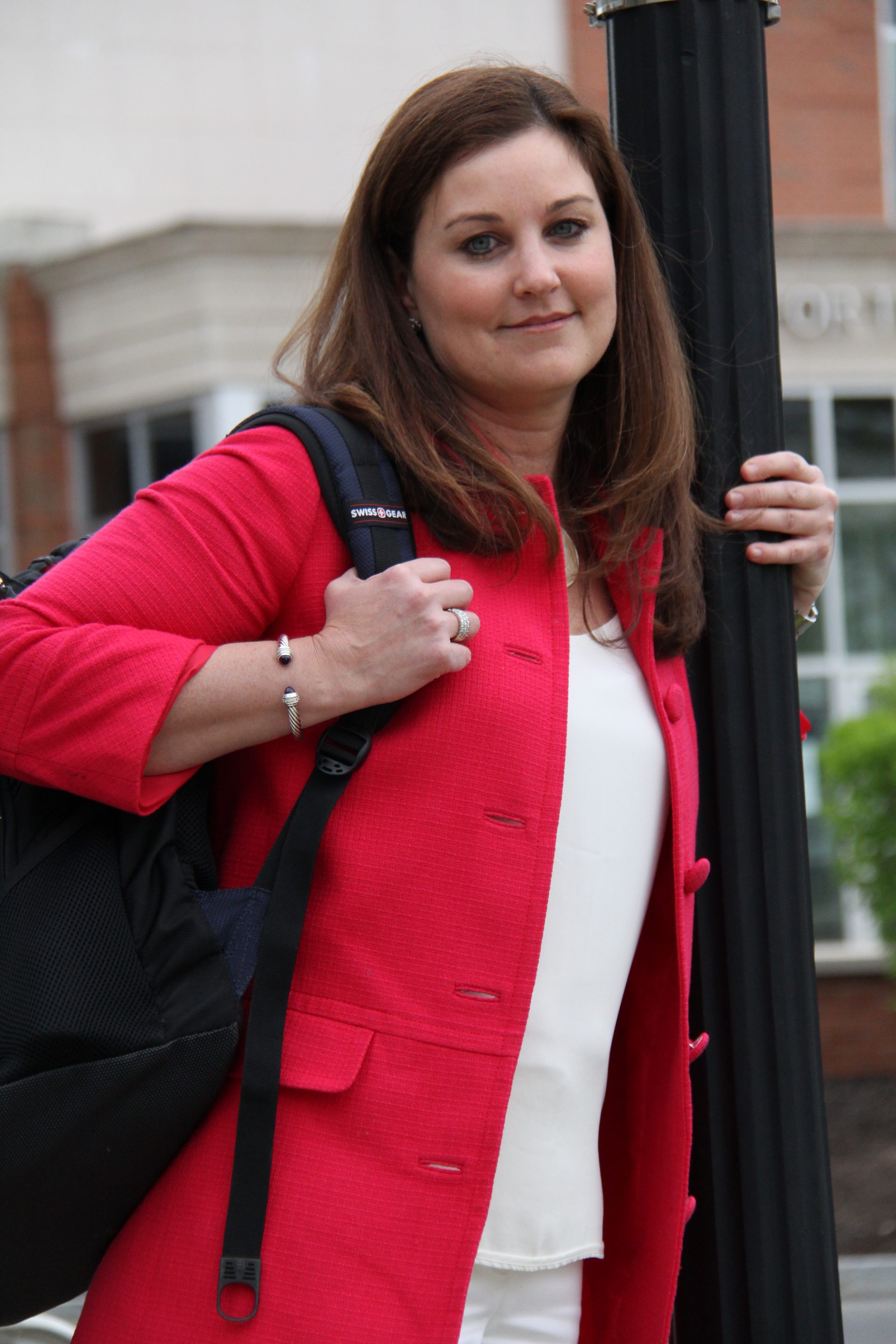 Already, she’s been hired by the Shenendehowa Central School District to fill in for a counselor on maternity leave. Inspired by her own high school counselors, who shepherded the school through multiple student deaths, it has felt like the right career for her for a long time. Her mother was a teacher, and an aluma of Saint Rose, as was her grandmother, Winifred McGowan Quinn, who also wrote the College’s alma mater.

But it has never felt easy. She has a house to run, children to raise, and real estate to sell to help with expenses. She emailed a 31-page paper to a professor somewhere between closing on a house for one client and hosting an open house for another.

“This last semester we had to bring in something at the end of class that portrays ourselves, so I brought in the family motto,” she says.

The sign is simple: “This house runs on love, laughter, and lots of strong coffee.”

Mandy graduated from Siena College in 1996 with a bachelor’s degree in political science. She worked under Governor George Pataki and later worked in public affairs for the Empire State Development Corporation, while also taking graduate courses. Her work with state government ended after seven years so she could stay home with her first daughter. Elizabeth is now 13. Then came Emily, her second daughter, who was discovered to have autism at 2 years old. Today, 11-year-old Emily is limited in her vocabulary and needs Mandy for most things, from getting ready in the morning to getting something to eat.

But Emily grew older and began doing well with her teacher and support staff at school. Mandy also found a woman with experience working with special needs children who she pays to help her out with child care. Knowing that was all in place, she made the decision to go back to graduate school in 2015, because she felt the opportunity to return slipping away.

“I really wanted to go back, and I was afraid, since I had been out so long, they weren’t going to accept my resumption of study,” she says. But Saint Rose worked with her, even if it meant taking some additional courses because the school counseling program had evolved so much since Mandy left in 2004. 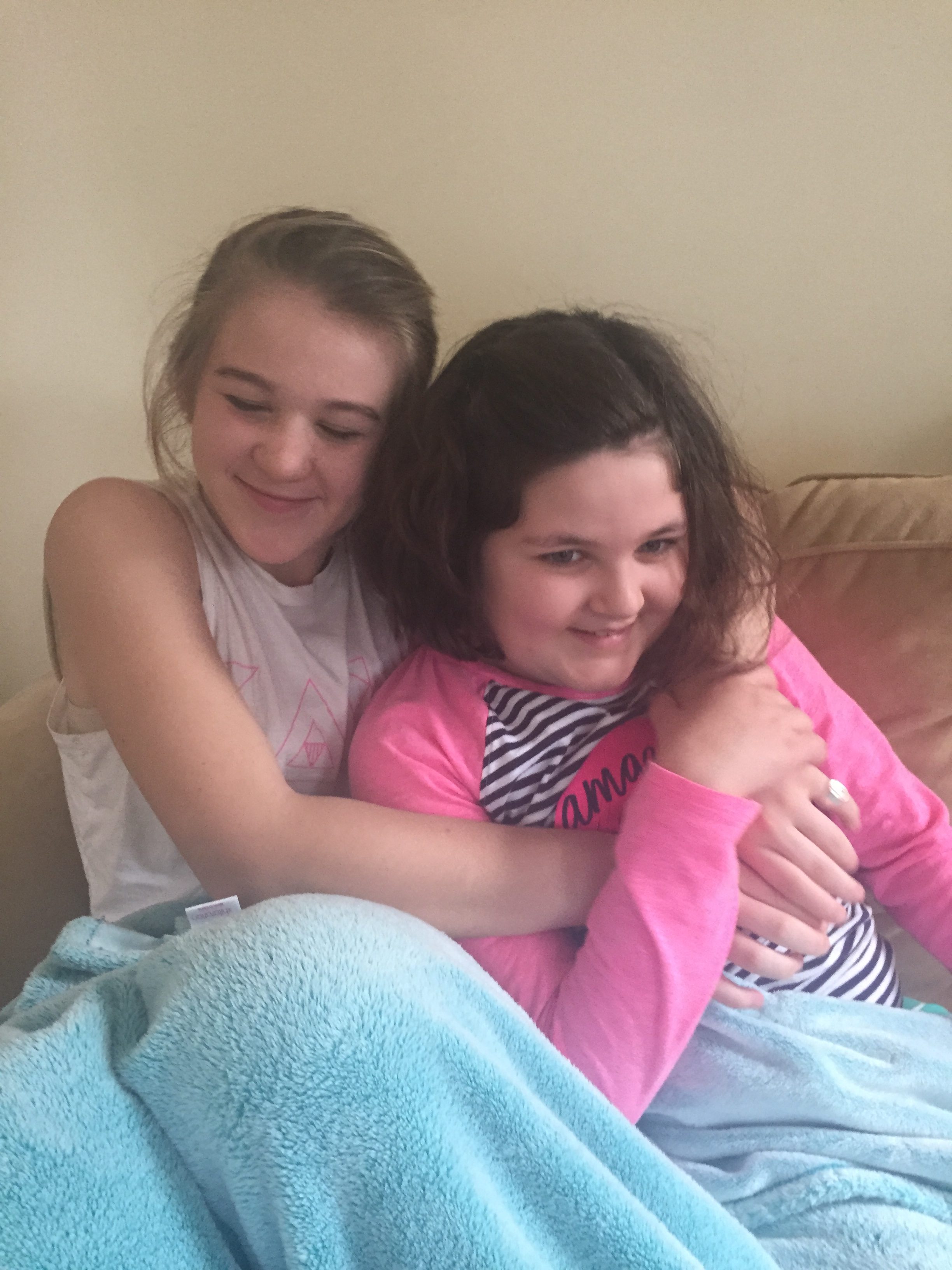 “She said, ‘OK, I’m going to do what I need to do because I want to finish.’ She just kind of took that in stride,” says Claudia Lingertat-Putnam, professor of counseling at Saint Rose and department chair. “Mandy’s always been very, very open. She talked about that she’s traveling from the north country, she’s got two kids. She really wanted to finish. She had some life circumstances that prevented her from finishing. It’s been almost a decade. I think it’s pretty amazing.”

Somehow Mandy managed not to get discouraged when not long into entering the graduate program at Saint Rose, Emily’s teacher, the one that made Mandy feel so comfortable with where they were in life, left. There were days she went to her night classes and talked to the other students about how much she wished she was with her kids.

“I leave at 7 a.m. to go to Shen, and three nights a week go to class, and I don’t get home until after 8,” Mandy says. “But it’s almost over. When Elizabeth asks me when’s the next time she’s going to get a home-cooked meal, I say, ‘Elizabeth, two more weeks. I told you two more weeks.’”

Sometimes, Mandy just needed a reminder from Claudia that after she received her degree and was working in a school, her schedule would start to match her children’s, and she’d finally have the home life she wanted.

“Claudia has just been wonderful, a great support. If she wasn’t there, I wouldn’t have come back and finished. She was very supportive of my being a single mother and encouraged me to get through. Claudia said I look together, but the truth is, the amount of work that it takes to get out the door and look like you have it together, people don’t understand.”

On May 13, 2017, Mandy will get herself together in a cap and gown and achieve what she’s dreamed of for many years. And the wishing and the trying will be over. She’ll have the degree she’s wanted for so long.

Read more about the school counseling degree at Saint Rose.