Growing up in Arbor Hill, Cecily Wilson-Turner was surrounded by teachers who inspired her. Today, as a top administrator for the City School District of Albany, she works to make sure teachers remain inspired and still finds connections with students in the classroom. 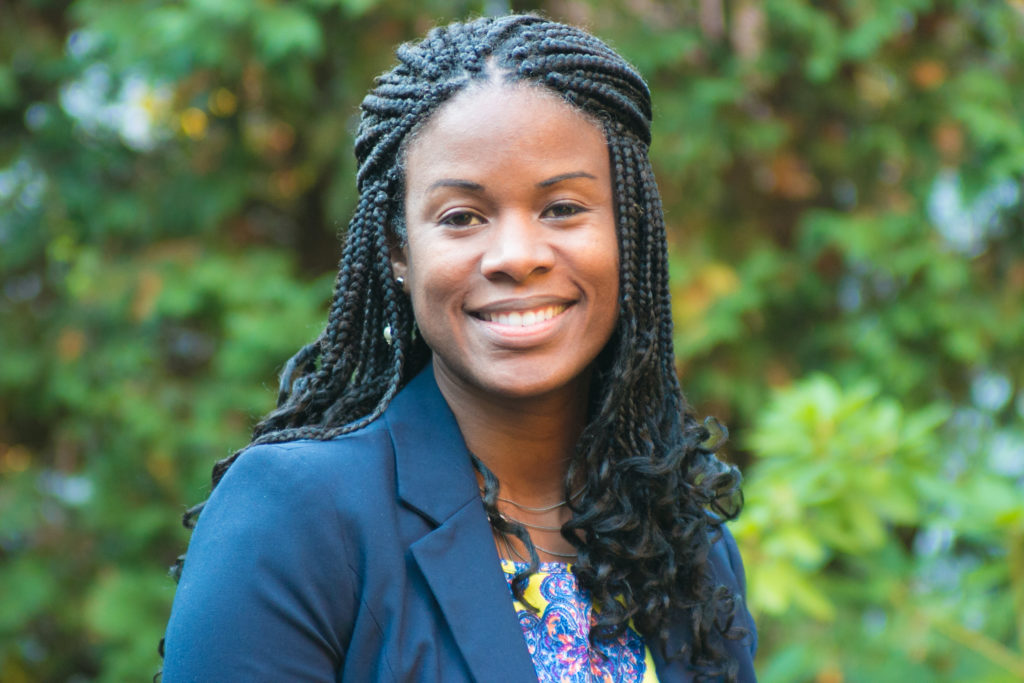 “Students, particularly young students, are fearless in what they share with you, and how they think,” says Cecily Wilson-Turner, Ed.D., who as assistant superintendent for the City School District of Albany oversees the city’s 12 elementary schools. “They force you to shift in how you see things, and how you would teach something as a result.”

As a child growing up in Albany, Wilson-Turner aspired to become a teacher, because she wanted to be as meaningful in students’ lives as her teachers were in hers. She attended Arbor Hill Elementary School, a progressive school “without walls” (i.e., lacking partitions between classrooms) that had opened a few years earlier. “All of my teachers made me feel exceptional while holding me to high standards,” she says. “Learning was hands-on science projects, computer-based social studies adventures, and field trips balanced with hard work. At Albany High School, the opportunities were endless; I was encouraged to take advantage of honors and advanced-placement courses, music, clubs, and sports.”

Wilson-Turner was also active in intramural programs where, as an unofficial Albany schools representative, she impressed the other districts’ students with what Albany kids could achieve. “When you interact as an individual with students at other schools, it diminishes their ability to speak poorly about you and builds their capacity to appreciate the great things about your school,” she adds.

Wilson-Turner knew that she’d return to contribute to the community that she’s always considered her home. Although she chose Princeton for her bachelor’s degree in public policy and New York University for her master’s degree in education, to launch her career in 2000 she chose to teach kindergarten at her alma mater, Arbor Hill Elementary.

Teaching turned out to be as rewarding as Wilson-Turner had imagined. “As an elementary teacher, I watched students transform their behavior and become role models for other students who struggled,” she says. “I had students enter kindergarten not being able to recognize their own names, and finish the year reading above grade level. I remember hearing a parent admit that she had been nervous about placing her son in my class because I was so new to teaching – and then remark at his growth and transformation.”

After teaching for seven years at Arbor Hill Elementary, Wilson-Turner earned her Saint Rose certificate of advanced study and became principal of Sheridan Preparatory Academy, an Albany public school. That was followed by stints as house/academy principal (2010), then principal, at Albany High School, and the district’s assistant superintendent in 2015. She’s been an employee of the district for 18 years.

While rising through the administrative ranks, however, Wilson-Turner never lost touch with her teacher roots. “I really am an elementary (school) person at heart, and by training,” she says. She enjoys being able to influence students at the beginning of their school experience, thus making their secondary education all the more powerful.

As principal at Albany High School, Wilson-Turner was able to see the powerful results of her earlier influence as an elementary school teacher. “I realized some of my greatest personal victories when I saw my students enter honors classes and request college recommendations,” she says.

In addition, “I think it’s great for some of my former teachers to see what impact they had on me,” Wilson-Turner says. “I love being part of a system without which I wouldn’t be where I am. It’s nice to be able to do this work at home.”

Supporting students by supporting their teachers

While her primary customer may have changed since she became an administrator, Wilson-Turner feels her mission has remained the same. A teacher’s role is to help the learner fulfill his or her potential, she says, providing whatever resources and supports required for success. An example is Albany High School’s professional-development committee, which sought teachers’ input to develop teacher training.

“We took the expertise of every teacher who participated to build solid professional development for the individual needs of teachers in each building,” she says. “We needed the insight of each of those teachers and teaching assistants to really build something meaningful.”

The Saint Rose program prepared Wilson-Turner well to meet the myriad challenges of leadership: not only in the nuts and bolts of school administration, but also in personal leadership.

She describes her leadership style as “servant leader:” “I do everything I can to support people being successful, from providing them with systems and structures, to just being a human being when they need someone to be a human being with them,” she says.

Wilson-Turner admits to missing the classroom experience at times, and is happy that her position allows her to visit schools regularly and connect with kids. “You go into a classroom, and you’re always a teacher,” she says. “You sit down next to a student who’s struggling with a problem, and even though you’re supposed to be observing, you start teaching. You ask them what they’re learning today. And they can’t wait to tell you.”

Read more about the educational leadership and administration program at Saint Rose.