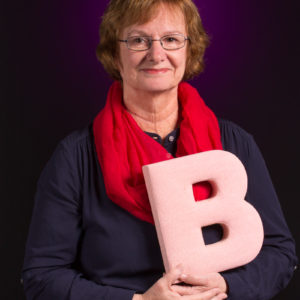 Ann Breaznell is an Associate Professor of Graphic Design at the Center for Art and Design at The College of Saint Rose, where she teaches Typography and Advanced Typography. Prior to joining the Saint Rose faculty, Breaznell was a senior designer and Executive Vice President at Siegel & Gale for 17 years, making contributions to the early field of information design. Breaznell received awards for her work for the IRS (Presidential Design Achievement Award), Revenu Quebec, the Census Bureau, and the Food Stamp Program. In addition, she was a designer for corporate branding projects, including Prudential, Fannie Mae, 3M, American Medical Association, Merrill Lynch, Time Inc., and First Africa Bank.

Professor Breaznell’s area of concentration is typography, having developed an intense interest while an intern with Norman Ives and a graduate assistant with Robert Reed during her graduate study in New Haven, Connecticut. Breaznell received a B.S. in Studio Art from Skidmore College and an M.F.A. from the Yale University School of Art.

Television coverage has included the CBS National News, McNeil Lehrer News Hour, and CBS network special “Good Design is Good Business.”
Recently Breaznell’s work was included in the 2017 publication of “Posters for Yale: a Sampling from 1960–2015.”