The United States amassed approximately 185,000 unsolved homicides between 1990 and 2008. It’s estimated that an average of 2,000 missing person cases go unsolved each year.

The College of Saint Rose Cold Case Analysis Center allows selected students from our Criminal Justice, Behavior and Law, Forensic Science and Forensic Psychology degree programs to work on true cold cases, addressing a mounting problem in the criminal justice system. All of this is done under the guidance of our expert faculty and in partnership with local law enforcement agencies.

Students chosen for these competitive one-year internships are trained in cold case investigation and volunteer to assist local law enforcement and criminal justice agencies in solving these cases. The College of Saint Rose Cold Case Analysis Center is the only center of its kind in New York State, but it is built upon other successful partnerships between colleges and universities and law enforcement to tackle these unsolved crimes and missing person cases. 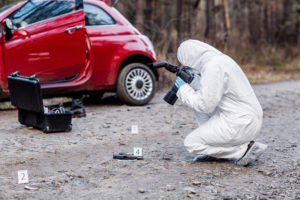 Aligning with the mission of The College of Saint Rose, the Cold Case Analysis Center provides training and experience to students in unsolved case analysis while forming relationships with community agencies and contributing resources to local and state law enforcement to address their cold case initiatives. The Center provides education in forensic science, the law, and criminal investigation techniques drawn from psychology and criminology.

Student participants also see the human side of the cold case problem by working with local nonprofit agencies on fundraisers related to the problem.

Although the center is the only one of its kind in New York State, similar programs have been developed nationwide between law enforcement and colleges and universities in Miami; Charlotte and Fayetteville, North Carolina; and Colorado Springs and Golden, Colorado. Students at other universities have worked as interns within law enforcement agencies to assist with investigative efforts, such as file review and case organization, and have also assisted agencies with addressing local cold case resolution initiatives, including developing digital video for cold case websites and cold case playing cards. 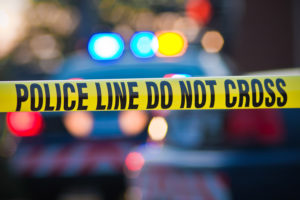 Many still wait for justice in the United States.

The United States amassed approximately 185,000 unsolved homicides between 1990 and 2008, and FBI statistics have estimated that more than 6,000 cases on average have gone unsolved each year since the 1980s.

At the end of 2011, a total of 210 of these unsolved cases were in the Capital Region alone.

As the number of unsolved cases mount, they tend to take a backseat to new cases that may have an immediately higher likelihood of being solved. Case files grow over time while task forces and investigators come and go. In response to this problem some agencies have formed their own Cold Case Units to address the growing unsolved case problem; however, not all agencies have the resources to do this. 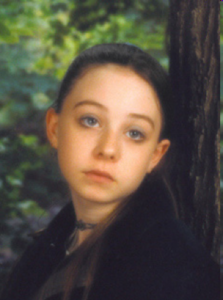 The 19-year-old college student’s remains were found in March 2006 in the woods along Lake Desolation Road in Greenfield, Saratoga County, New York, after she had been reported missing in July 2005.

According to a Times Union article, “She was last seen by family members the night of June 30 leaving her home in Saratoga Village mobile home park in Milton. Witnesses told police they saw White walking along the road near Geyser Road and Rowland Street.” 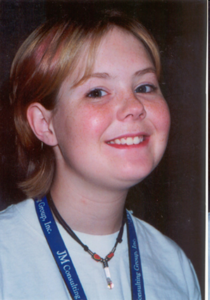 The 18-year-old was reported missing on November 2, 2003. In October 2009, her remains were found in the woods in Greenfield, Saratoga County, New York, located only 4 miles away from where the remains of Christina Wise were discovered in 2006.

According to an article in the Times Union, “She was last seen in August selling magazine subscriptions door-to-door at the Creek and Pines mobile home park on Middleline Road in Milton. Co-workers with Atlantic Circulation Inc. had dropped off Hammond by herself. Two hours later, she did not show up at their designated pickup spot. Hammond was from Littleton, Colo., but had been staying in an Albany hotel with five other co-workers. All of her belongings were left there when she vanished. She’d made arrangements for a bus ticket home but the ticket was never picked up and she had no further contact with her family.” 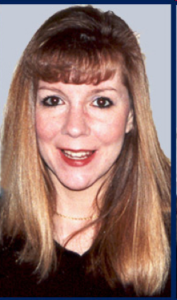 The 31-year-old mother of three was reported missing in 2002. According to an article on Hudson Valley360, Herron “was last seen driving a 1994 black Jeep Grand Cherokee westbound on Route 23 in the town of Catskill around 11 p.m. in August 2002 after she finished her shift at work and headed home. At the time, she was wearing a blue turtleneck under dark green medical scrubs. She is 5 feet tall with light brown hair and hazel eyes.” 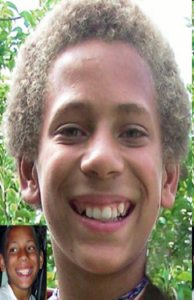 On November 2, 2007, 12-year-old Rainwalker was reported missing from his adopted grandparents’ home in Greenwich, Washington County, New York. Prior to his adoption, Rainwalker was born to a drug-addicted mother and lived in multiple foster homes. His disappearance is now presumed a homicide. According to an article in the Times Union, “Investigators elevated Jaliek’s missing person case to a probable child homicide case in 2012 after following more than 500 leads.” 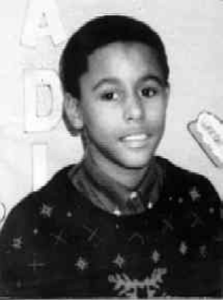 In January 1992, 14-year-old Edward Croley’s remains were found in wooded area in Selkirk. According to an article in the Times Union, “Relatives told Albany police that Edward “Mitt” Croley of Orange Street disappeared March 27, 1991, from the area of Northern Boulevard and Livingston Avenue. He had slept at his aunt’s house the previous night, and said he was going to school that morning at the Maywood School in Colonie, but never arrived.”

Dr. Christina Lane, Director: Dr. Lane, who joined the Saint Rose faculty in 2006, is a multiple-year honoree in America’s Who’s Who Teachers of Excellence. She is the primary instructor teaching criminal behavior and criminology.

Dr. Christopher Kunkle, Advisor: Dr. Kunkle is a forensic psychologist and criminal investigation consultant with over 21 years in the field of criminal investigation. As an expert in violent and sexual crimes he brings a unique combination of training and experience in forensic science and violent criminal behavior to unsolved case investigation. Using classic criminal investigation techniques combined with analyzing the behavioral dynamics of violent offenders and victimology, Dr. Kunkle constructs offender profiles and offers recommendations on offense dynamics that help reconstruct the crime scene. He has been recognized for his innovative work in the management of sexually violent predators, has evaluated more than a thousand violent and sexual offenders throughout the U.S. and has published articles on stalking, violence risk assessment and violent sexual disorders.

As part of the adjunct faculty at The College of Saint Rose since 2010, Dr. Kunkle has taught courses on Sexually Deviant Behavior, Criminal Profiling, Serial Crimes, Criminal Behavior and Forensic Psychology. He is currently vice president of the American Investigative Society of Cold Cases. Dr. Kunkle is also the former director and chief psychiatric examiner of Institutional Sex Offender Treatment for the State of New York, and a former forensic scientist with the Florida Department of Law Enforcement.

The course, CJS494, is a two-credit internship that is offered in the Fall and Spring semesters for students majoring in either Forensic Psychology, Forensic Science or Criminal Justice, Behavior and Law degree programs.

To be eligible for the internship, students must have taken one of the following courses:

A WGY and iHeartRadio investigative podcast going beyond the headlines of Upstate NY's unsolved crimes, in partnership with The Cold Case Analysis Center at The College of Saint Rose.

Got any info about a cold case you’d like to share?Give us a call at our tip-line to leave an anonymous tip or message for the Cold Case Analysis Center.