Christina Romeo ’17 has been promoted to director of communications and member engagement at the New York Library Association. 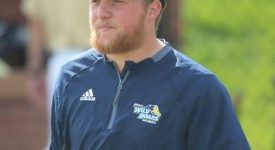 Courtney Carr ’15 has been named to the Public Relations Society of America Board of Directors for the Las Vegas chapter. In addition, she was also promoted to account director of Shank Marketing – Tribal & Casino Gaming. 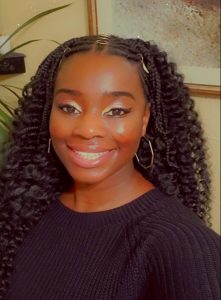 Andréa Dassie ’15, G’17 earned a bilingual certification for speech pathology from Teachers College – Columbia University. She is a bilingual speech-language pathologist (SLP) at George Washington Montessori Elementary school in Kingston, New York, the very same school district she grew up in and attended. Andréa is proud to be an educator of color and provide her students the representation she wasn’t able to have.

Edward Kemnitzer G’07, G’11 has been selected to serve as the East Williston School District’s new assistant superintendent of curriculum and personnel. 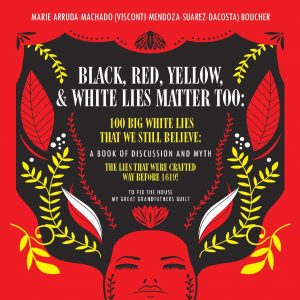 Marie Mercado ’05 is an educator who has recently published two books. Both tackle the topics of kindness, tolerance and compassion. Her books “Black, Red, Yellow and White Lies Matter Too” and “La Ch’ úupaló; The Conqueror” are available for purchase on amazon now. 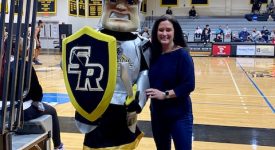 Karen Borde ’93 teaches sixth grade and has been working toward getting photos with as many mascots as possible, including both collegiate and professional mascots. Though she is no longer in the area, she made time during a recent visit to Albany to add FEAR to her list of mascot meetings, which is sure to thrill her students.

James “Jim” LaBate G’87 and his novel “Streets of Golfito” are the 2021 Recipient of the Maria Thomas Fiction Award, an annual award for a book about the Peace Corps experience. For more information or to purchase the book, visit https://peacecorpsworldwide.org/books/awards/fiction/.