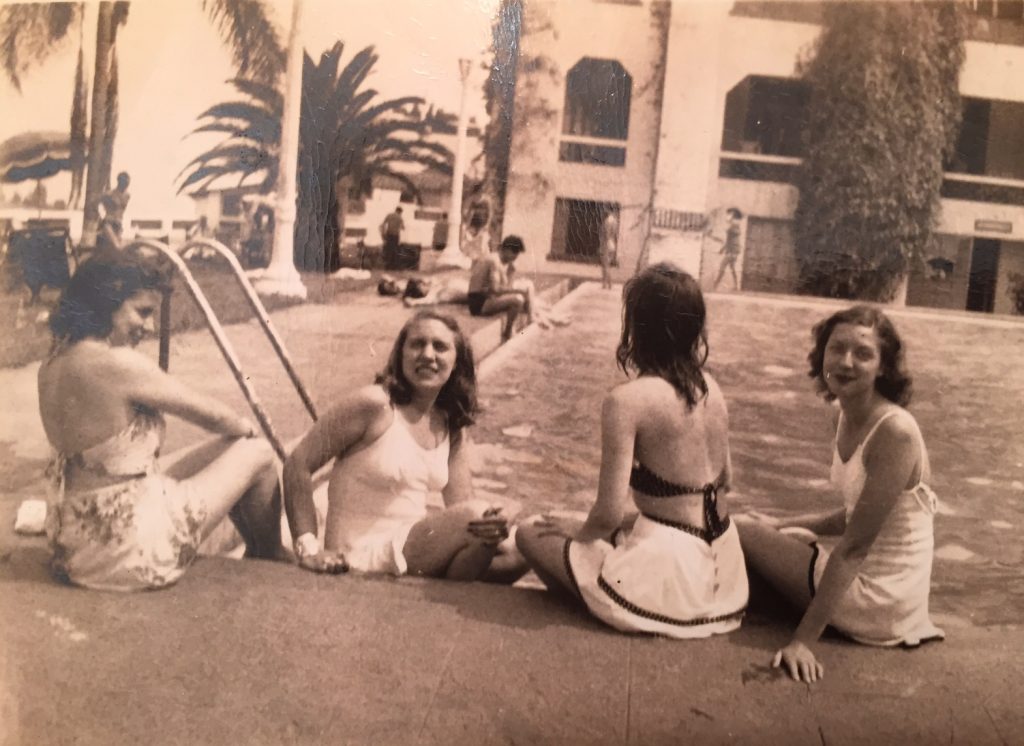 Cathryn Buckley Arcomano ’46 and Nicholas Arcomano hold a special place in the heart of the Saint Rose community. Longtime friends of Saint Rose, they first met in the 1940s thanks to Nick’s sister and Cathy’s classmate, Marion Arcomano Texier ’46. That started a romance that lasted for the better part of a century until Cathy’s death in 2012.

Cathy Arcomano became an internationally acclaimed fine artist whose paintings have been exhibited in the Brooklyn Museum, the Newark Museum, and the Everson Museum of Art, as well as in the collections of Gannett Co., Nordstrom, Pfizer, and Skadden Arps.

Her works have been shown in the United States, England, Italy, the Netherlands, Switzerland, and Hong Kong.

Nick Arcomano, a retired attorney, started his 40-year career in copyright law with the American Society of Composers, Authors & Publishers (ASCAP). He went on to become counsel for SESAC Inc., and later senior attorney at Broadcast Music Inc. (BMI). His article on copyrighting choreography was published recently in The New York Times, and he is working on a book of poetry. 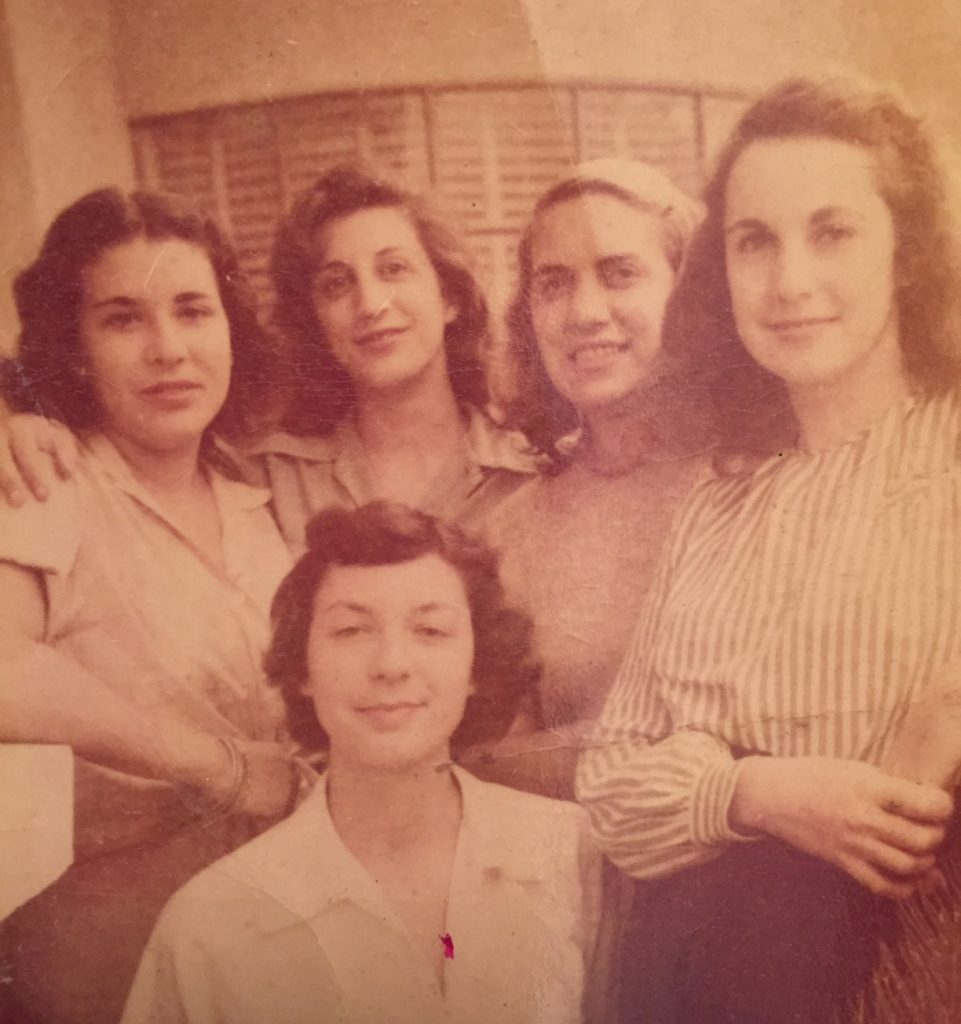 The magical trip to Mexico

Cathy Buckley Arcomano ’46 was one of five undergraduate classmates all studying Spanish at Saint Rose. The group, which also included Marion (Arcomano) Texier ’46, Catherine “Cay” (Doyle) Duncan ’46, Dorothy Fitzgerald Nealon ’46, and Anna May (Falaytn) Provenzano, was dubbed the “Five American Girls,” who traveled together to Mexico in 1945. The first-ever contingent of study-abroad Saint Rose students, the women were led by Dorothy Fitzgerald Nealon ’46.

The students’ year of living, learning, and bonding in Mexico City turned out to be a transformational experience. Their time was so memorable that Nick Arcomano recently spent several years compiling, editing, and publishing Cathy’s letters from Mexico to her family, including sister Martha Buckley ’42. 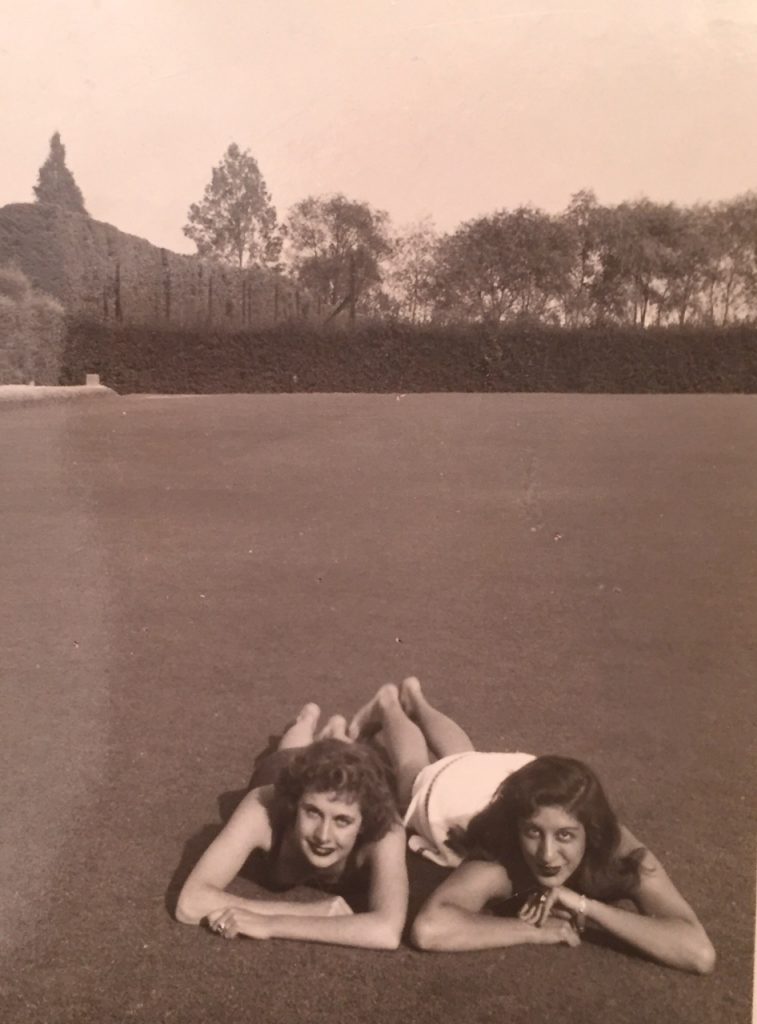 The letters, full of Cathy Arcomano’s effervescent energy, evocative verses, and keen observations, provide glimpses of the life of an adventurous young college student in the 1940s, suddenly plunged into a completely new culture, language, and environment. Above all, we see Cathy’s gentle spirit and insatiable curiosity, as well as a playful sense of humor:

“If traveling is broadening then I should be the size of the Brooklyn Bridge. The things I have seen!”

“Fr. Lambert, who figures he’s quite talented, monkeyed around with the radio Bob brought over last night until at last we got Chicago, San Francisco, New York and London but the reception wasn’t good. It must be thrilling to be in the States tonight – they were describing the cheering crowds & confetti in Times Square! Ay! Yi! Yi! …we sang Anchors Aweigh, The Air Corps Song and all the others on the way down in the taxi. The driver kept casting us these puzzled looks – crazy Americanos.”

We are lost here,
Time has gone flying
Lured by a Southern wind,
This Eden beauty is etched
On my heart forever.
The Moon Goddess on her throne of clouds
Spitting forth silver fire
Is impervious to us;
An orchestra of stars
Silently begins playing wind flutes
As we glide by islands, black,
Black as the cellars of the seas,
And the still water gleams
Through a silver moon net.
Enchantment is here –
In Xochimilco this night.

“Say you may think I’ve changed being down here so long – but I’m essentially my sweet, simple self. Just a budding rose bud from the vines of St. Rose.”

“I’ve never been so happy in all my life. Stayed up talking til a quarter to five this morning. We mostly couldn’t sleep cause we were starved – Dot, Anna May and I. There was nothing in the house to eat – only enough bread for breakfast. Then someone mentioned that Jean had left her waffle iron….Then the light dawned! There was some waffle mix in the house. Quicker than Winchell’s flash we were out in the kitchen putting the coffee on – mixing the waffle mix. At 4:00 we sat down and devoured them. Ah hem I really adore our Bohemian existence – an awful lot of the time – I feel guilty that I’m wasting time & opportunity.”

“But then I figure maybe this rest is what I need. I’ve never been so happy in all my life!”

“The days drift by. We even lose track of them. Our compass is Sunday; we put shoes on then and go to Mass. We are falling in love with Acapulco, and so we try to imprison details in our minds, to keep vivid always, her memory. Always, therefore, in our memories will remain …

“Then one gazes into Beauty’s elusive face, for at night here, we live in a fairy-dream world. The sea is the primitive goddess commanding the center of the stage, and we hear her irregular tom-tom beat on the shore. And so the music goes on and on…we weave dreams and dreams. In years to come, Acapulco will always be our synonym for beauty … happiness … love.”

The Five American Girls are sadly no longer with us, but their indomitable spirit – and the study-abroad program they inaugurated in 1945 – lives on at Saint Rose.

Nick Arcomano shared his thoughts about Saint Rose on the occasion of the centennial.

What Saint Rose means to me:

If it weren’t for The College of Saint Rose, I would never have met my wife, Cathryn Buckley ’46. She and my sister, Marion, met as freshmen and became lifelong friends and sisters-in-law.

Their friendship evolved as a result of their amazing year, 1945. That was the year that they became chums with three other classmates, all Spanish majors, studying together at the University of Mexico in Mexico City: Cay Doyle, Dorothy Fitzgerald, and Anna May Falaytn.

As Cathy wrote in a letter to her family, “We’re a perfect bunch really – each personality is so different that we don’t tire of each other. I’m crazy about each one.”

Cathy was and still is the miracle in my life!

Thoughts on the centennial:

Saint Rose has evolved during these 100 years into a more progressive, all-inclusive college, although 75 years ago, back in 1945, the last year of World War II, it did arrange for five of its students to study abroad in Mexico. This was a very progressive undertaking initiated by Dorothy Fitzgerald, and was guided by the students’ Spanish teacher, Sr. Thomas Francis (“Hermana”), who knew that education was not limited to the classroom.

I self-published Cathy’s Mexico Letters in a book, “The Five American Girls: Mexico Letters 1945” (2019). It might be an inspiration to the Saint Rose students of the 21st century to expand their horizons!

Although Saint Rose has faced challenges recently, my hope is that it will at some point revitalize the Arts & Humanities Department. Cathy was an international artist, and she pursued her study of art in Mexico. The liberal arts are at the foundation of knowledge; they must always flourish. As the old Biblical saying goes, “Man does not live by bread alone.”

We should be visionary as well as pragmatic!